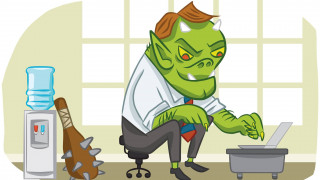 Of many and various disinformation verified in 2018, FactCheck presents the top 5 fake news to give attention to.

Of many and various disinformation verified in 2018, FactCheck presents the top 5 fake news to give attention to and brings those news agencies to spotlight which have spread number of fake news throughout 2018.

Online news agency “Georgian Thought” has spread fake news that “all the prestigious schools in England have switched to the “Soviet” education system.” The interview of former UK Secretary of Education, Justine Greening, with the BBC where she allegedly talks about introduction of “Soviet Union’s” education system in the UK, cannot be found in the internet. In addition, Soviet textbooks, which according to the article were translated into English for the UK schools, cannot be found at British textbook portal either. None of the books of a Soviet author and linguist, Dietmar Rosenthal, has been translated into English, whilst the books of Lev Landau, a physicist, are intended for universities and not for schools (Landau’s books have been used in teaching the university students instead of school pupils and this was true for the Soviet Union as well) (See full story here).

4th Position – Georgia and the World: Homophobia as a Hallucinogen

The information “This too is possible: British man took medicine and became gay” spread by the Georgian and the World media outlet, is fake. The article features a story of Scot Purdy, 23, who claims after taking the painkiller Pregabalin he lost interest in women and developed an attraction for men. As a result of this change, he feels happy and comfortable.

In fact, the possibility of changing sexual identity as a result of external factors is scientifically rejected. Pregabalin, which is known under the name of Lirica, is used to treat anxiety and paranoia. As clarified by clinical psychologists and psychological health specialists, the medication itself is not the reason behind Mr Purdy’s statement but, instead, it just helped him to overcome his fears and anxiety related to the disclosure of his own sexual identity (see full story here).

The information “Chief Mufti of Saudi Arabia allowed husbands to eat wives”, spread by the news portal Kvira, is fake news. In fact, this information was initially published by an Arab satirical website and it is not true. As stated by the representatives of Saudi Arabia’s chief mufti, he had not made any such statement and the story was fabricated to distort the image of Islam. In addition, video or audio recording which would have authenticated the aforementioned statement, have not been found in the internet.

Of note is that the aforementioned news portal spread this fake news in 2015. However, in the last days, the story still resurfaced and other media outlets started to actively share it (see full story here).

In February 2018, US Department of Defence published a Nuclear Posture Review. In accordance with the document, USA still remains a power with the world’s largest nuclear stockpile. Although, USA underscores that it continues to observe treaties of nuclear non-proliferation and reduction of nuclear weapons. As per document, USA states that Russia and China do not observe the treaty. The document also highlights the fact of illegally selling arms to North Korea. Tbilisi 24 has spread this information as if the USA had recognized Russia’s superiority, which is obviously fake news and aims to mislead the reader (see full story here).

The article published by Alt-Info: “Pro-choice activist in the USA breaks world record by getting her 27th abortion – during the abortion she was 24 weeks pregnant” is fake news. This article was published at World News Daily Report, which indicates that it is a satirical website and their articles are fabricated. The clinic, where according to the article abortion took place, does not exist, whilst alleged photo of “pro-choice record-breaking activist” featuring in the article is taken from online search engine database (see full story here). Of note is that Alt-Info is a champion in each and every aforementioned nomination.

Throughout 2018, FactCheck has verified plenty of fake news spread by different news agencies. Verified fake news can be found here.