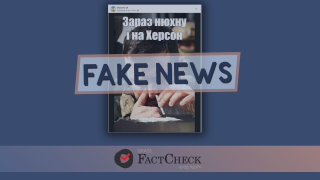 Disinformation: Zelenskyy is a drug addict

On 22 August 2022, on air on Alt-Info’s broadcast Dghis Komentari 13:00 Saatze, a piece of disinformation was disseminated about the President of Ukraine, Volodymyr Zelenskyy. The host of the show, among other things, talked about ongoing war in Ukraine and referred to the President of Ukraine as a cocaine addict. During the interview, he called President Zelenskyy a “snorted President” and stated: “As you are aware, he is a cocaine addict. This is very usual for him.”

As a reminder, disinformation about Volodymyr Zelenskyy being a drug addict is often promoted in social networks and aims to discredit the Government of Ukraine. FactCheck has responded to this disinformation in the past (see link 1 and link 2).

Of note is that a photograph was disseminated in social networks in the past with a sarcastic comment in the Ukrainian language: “I will now snort and go to Kherson.” 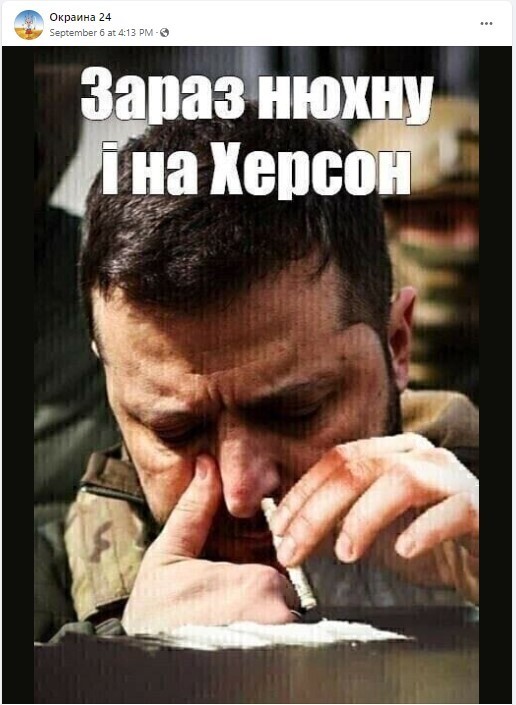 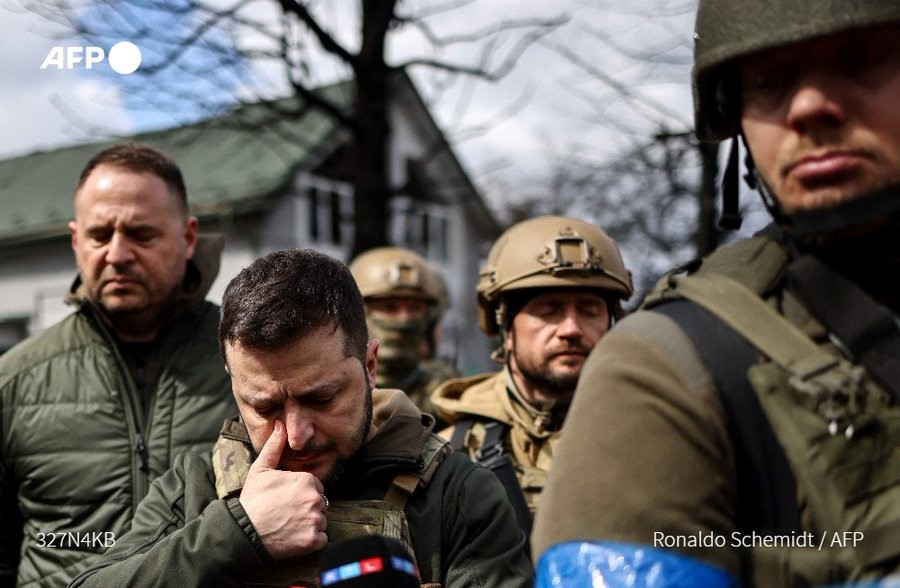 In fact, pro-Russian propaganda pages added the drug substance and the image of a hand to the AFP News Agency’s photograph taken during President Zelenskyy’s visit to Bucha and disseminated it in an altered form.

The French TV channel France 25 also responded to the false claims about Volodymyr Zelenskyy being a drug addict, including video manipulation where the image of some white powder was added through digital software.

A comparison of the manipulated video to the original video clearly shows that the image of a drug substance to the left of the Ukrainian President is fabricated.

France 25 also verified a video where the phrase about cocaine is attributed to Volodymyr Zelenskyy: “At 7 am I got up. Took a walk with the dog. And I do snort drugs.”

In fact, this is what Volodymyr Zelenskyy stated in his interview with Ukrainska Pravda: “This is the 'diet' I follow. At 7 am, I get up and take my dog out. It gives you energy for the whole day, I do not do drugs and snort nothing, except for the flavour of coffee…”

In addition, disinformation claims about President Zelenskyy being a drug addict are also based on a non-scientific statement based on personal perceptions. Aleksey Zakharov, a psychologist, stated in his interview that Volodymyr Zelenskyy exhibits physical signs characteristic to the drug addicts, including swollen eyeballs, stress actions and nervous hand gestures.

The former Head of the Presidential Administration also made an assessment based on personal views. In his interview with lenta.ru, Andrei Bogdan stated that previously he had not noticed President Zelenskyy’s drug addiction, although based on changes in the President’s face and manner of talking, everything was changed.

As a reminder, Russian President Vladimir Putin also indirectly promoted this disinformation when he denounced the Government of Ukraine as a drug-addict “gang.”

In reality, claims about Volodymyr Zelenskyy’s drug addiction are baseless and aim to discredit the President of Ukraine. The aforementioned statements are not based on real facts but photo-video manipulations and biased personal allegations.

Therefore, claims voiced on air on Alt-Info, about Volodymyr Zelenskyy being a drug addict, are false and based on disinformation promoted by Russian propagandistic websites.