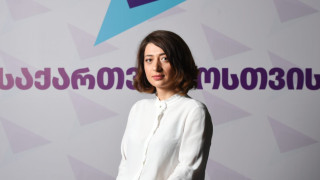 “The number of Georgian nationals seeking asylum in EU countries has increased by 183%.”

Ana Buchukuri: “The number of Georgian nationals seeking asylum in EU countries has increased by 183%.”

Resume: According to the report released by the European Union’s Agency for Asylum, some 8,075 Georgian nationals sought asylum in EU member states and associated countries in the first four months of 2022 which is 183% more as compared to the same period of the previous year. Of additional importance is the fact that every nine out of ten asylum seekers filled out their applications for the first time.

The report highlights that Russia’s invasion of Ukraine was a major factor affecting the growth in the number of Georgian nationals asking EU+ countries for international protection. The report also identifies social hardships in the country as well as political challenges.

On 6 September 2022, at the plenary session of the Parliament of Georgia, For Georgia party MP, Ana Buchukuri, stated: “There has a been a catastrophic rise in the number of emigrants for the last several months… We have seen the official statistics – the number of Georgian nationals, seeking asylum in the EU countries, has increased by 183% as compared to the same period of the previous year.”

According to the report released by the European Union’s Agency for Asylum (EUAA), there were 8,075 applications for asylum submitted by Georgian citizens in EU+ countries in the first four months of 2022 which represents a 183% increase in the number of applications (2,885) received as compared to the same period of 2021. Of note is that every nine out of ten applicants filled out their application forms for the first time. The report also highlights that Russia’s invasion of Ukraine had and supposedly will continue to have a strong impact on Georgia in terms of the economy and socio-political aspects.

Similar to the previous years, most of the applications from Georgian asylum seekers were lodged in France, Germany and Italy as these countries account for almost four-fifths of the total number of applications. In 2022, the number of Georgian nationals seeking asylum in Ireland and Belgium also increased.

The EUAA report also underlines that the invasion of Ukraine has been a key factor influencing the increase in Georgian nationals applying for international protection in the EU+. In the first quarter of 2022, 390 Georgian nationals were granted temporary protection status in EU+ countries which is a special status available only to individuals who have been displaced due to Russia’s invasion of Ukraine.

The report also speaks about social hardships in the country, including the cost-of-living crisis (double-digit inflation) and the high level of unemployment. These should be considered as one of the major factors contributing to emigration from Georgia.

As we know, the loss of jobs and income amid the pandemic (2020-2021) was one of the pressing problems contributing to the poverty level. In the first and second quarters of 2022, the employment rate started to improve, although pre-pandemic figures have not yet been recovered. The unemployment level still remains high.

The EUAA’s report also underscores that “Georgia has been domestically challenged.” The report indicates that political instability in the country is a contributing factor to emigration.

Emigration is one of Georgia’s biggest challenges as more people leave the country every year than those who enter. The year 2020 was an exception in this regard when net migration was positive which was precipitated by the pandemic and the border closure. The previous year, when foreign countries again opened their borders, emigration increased sharply whilst the number of immigrants (people coming back to Georgia) decreased. In 2021, the number of people who left the country was 25,966 more as compared to those who came back which is a record high figure of negative net migration. Migration statistics for 2022 are not yet available. 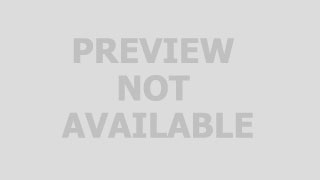