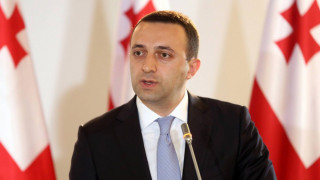 “The railway is profitable. Last year’s profit amounted to GEL 52 million whilst the profit of the first quarter of this year is GEL 23 million.”

Irakli Gharibashvili: “The railway is profitable. Last year’s profit amounted to GEL 52 million whilst the profit of the first quarter of this year is GEL 23 million.”

Resume: According to Georgian Railway’s financial reports, 2021 was the first year after a long pause when the railway ended the year with a profit. The total profits amounted to GEL 53 million, although the EBITDA margin (41.4%) was one of the lowest. Georgian Railway ended the first quarter of 2022 with a profit as well amounting to GEL 23 million.

In regard to the previous years’ trends, Georgian Railway’s financial results were unstable. In particular, the state company’s profit has decreased sharply since 2015 and it ended the year with a loss for the first time since 2007.

Of additional note is that massive amount of loss in 2017-2018 was attributable to the eventual scrapping of the bypass railway project (2017) and the recognition of the depreciation loss (reflected in the accounting statement) as a result of continuous unsuccessful operation. These operations negatively affected the profit figures. In 2019, revenues increased as compared to the previous years, although there was a slight decrease again in 2020. However, Georgian Railway still ended both 2019 and 2020 with losses. As mentioned earlier, the company ended 2021 with a profit with the first quarter of 2022 also turning out to be profitable.

The Prime Minister accurately named the results of the last year and the first quarter of 2022, although the first part of his statement that railway is profitable gives an impression that it has been years since the railway has been a profitable company, something which is untrue. However, as mentioned earlier, Georgian Railway has experienced losses since 2017 and only ended the year with a profit in 2021. However, it is unjustified to speak about the railway’s positive development trend based on one specific year’s figures. Therefore, Irakli Gharibashvili’s statement is MOSTLY TRUE.

Georgian Prime Minister, Irakli Gharibashvili, during his presentation of the annual performance report to the Parliament of Georgia, responded to the questions of MPs, including one about Georgian Railway and stated: “The railway is profitable. Last year’s profit amounted to GEL 52 million whilst profit of the first quarter of this year is GEL 23 million.”

Georgian Railway’s financial indicators in the past few years are as follows:

For a comprehensive analysis of the issue, it is necessary to discuss the railway’s 2017-2018 profitability figures separately whilst also taking specific, although substantially different, factors affecting these profitability figures into account. These factors are absent from the respective reports of other years.

In accordance with the financial report, Georgian Railway’s operational profit as well as its net profit are negative (loss) and amount to GEL -285.5 million and GEL -354.1 million, respectively, in the 2017 accounting period. However, these figures are due to “accounting” reasons with the real reason being the eventual scrapping of the railway bypass project instead of the company’s operational activity in 2017 or other recent years. When calculating an organisation’s profit, asset amortisation and impairment loss (depreciation) together with other expenses have to be subtracted from the total income. For instance, if Georgian Railway purchases a metro car for GEL 100,000 and uses it for ten years, GEL 10,000 in amortisation costs will be subtracted annually from the income and, therefore, the net profit will decrease in the same amount. However, if Georgian Railway discovers that it is impossible to use the metro car and writes it off after purchase, the car’s total value will be subtracted from that year’s income (expenses distributed for many years are registered in one year). The same happened in 2017. In particular, the total balance value (the total sum of the goods and services needed for the project) of the Tbilisi railway bypass project was GEL 397.3 million.

It is again a depreciation of assets stipulating the loss in 2018. However, the loss in 2018 as opposed to 2017 is related to the substantially worsened operational figures of the past years and not to a specific project or decision.

Of additional note is that Georgian Railway explains the last years’ losses by a depreciation of the Tbilisi bypass railway assets and claims that shipment volumes decreased because of redirecting crude oil into the oil pipeline which significantly changed the cargo shipment structure.

Georgian Railway’s statement reads: “Not taking into account these factors, the company would have ended 2018 with GEL 24.4 million in net profits whilst the same figure in 2017 was GEL 15.1 million.”

According to the data of the Ministry of Economy and Sustainable Development, Georgian Railway’s cargo turnover was 11.1 million tonnes in 2020 which is 0.2 million tonnes (1.8%) more as compared to 2019’s figure. Total revenues from cargo turnover in 2019 were GEL 450 million which increased to GEL 463 million in 2020. Of additional note is that the top five countries receiving transit cargo via Georgian Railway are Azerbaijan, Armenia, Turkmenistan, Cyprus and the Netherlands and the top five cargo sender countries are Azerbaijan, Russia, Turkmenistan, Kazakhstan and Armenia.

Although the Prime Minister does provide accurate figures, the first part of his statement that the railway is profitable gives the impression that the railways has been profitable for years, something which is untrue. However, as mentioned earlier, Georgian Railway has experienced losses since 2017 and it was only after a long pause in 2021 when it ended the year with a profit. However, it is unjustified to speak about the railway’s positive development trend based on one specific year’s figures. Therefore, the Irakli Gharibashvili’s statement is MOSTLY TRUE.