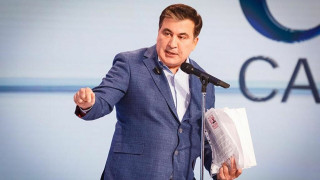 On 13 January 2021, a trial was conducted at Tbilisi City Court over Mikheil Saakashvili’s border trespassing case. The third President of Georgia also attended the trial. Mr Saakashvili delivered a speech in court and spoke about the state of the country. As he stated, the situation in Georgia was a reason behind his return to the country. FactCheck verified key statements from his speech and presents an analysis of three different claims below. In addition, FactCheck will continue to publish articles in the future about other facts voiced in Mikheil Saakashvili’s speech.

As we know, energy was supplied with planned power outages to the Georgian population for a certain period of time in the 1990s. In 2006, the energy tariff increased from GEL 0.1 to GEL 0.15. As a result of this change, energy supply increased and the population started to save more electricity which made a 24/7 energy supply possible across the country. In 2007, energy generation in Georgia increased by 300% as compared to the previous year.

According to the ordinance of the Georgian National Energy and Water Supply Regulatory Commission (GNERC), energy prices for different categories of customers (both Telasi and Energo-Pro) fluctuated between GEL 0.11 and GEL 0.149.

Cutting energy prices was one of the Georgian Dream’s campaign pledges. At the end of 2012, the GNERC and energy companies were “instructed” to find a resource to reduce tariffs. According to the decision adopted in December 2012, the tariff indeed decreased. The price for individual customers who consumed under 300 kwt/h energy decreased by GEL 0.0354 whilst the price decreased by nearly GEL 0.027 for those consuming over 300 kwt/h. The energy tariff remained the same for legal entities. The reduction of tariffs was largely carried out at the expense of cutting the share of profits of the energy companies in exchange for a lessening of investment obligations for those companies. Since April 2013, the energy tariff has returned to its previous mark. In September 2015, the energy tariff slightly increased again (except for individual customers who consumed less than 100 kwt/h of energy).

Since December 2016, energy tariff for Energo-Pro customers has increased by nearly GEL 0.033. The further hike in tariffs occurred in December 2017 and this concerned both Energo-Pro and Telasi customers.

The last time the GNERC made a decision to increase the energy tariff was December 2020 with the decision coming into force from 1 January 2021. However, given the Government of Georgia’s decision to subsidise higher energy prices, this growth did not concern the majority of individual customers (except for those who consumed over 300 kwt/h of energy) over the course of 2021. In fact, the population will start to pay higher energy prices starting from January 2021 (see FactCheck’s article for full details).

As illustrated by these figures, energy prices increased from January 2021 and amounted to GEL 0.265 including VAT (tariffs in the table are excluding VAT). However, of note is that the tariff in 2016 increased to GEL 0.15 on average (excluding VAT). Therefore, the energy tariff under the United National Movement’s rule was over GEL 0.11, although the growth that followed is still substantial.

In regard to natural gas tariffs, they vary for individual customers across the three largest suppliers. For customers of KazTransGaz, the upper threshold of the tariff did not change in 2012-2017. However, the GEL 0.05 price reduction from March 2013 happened at the expense of subsidies and was largely a political decision. Natural gas tariffs decreased at the expense of the profits of the Georgian Oil and Gas Corporation (GOGC). The GOGC cut the natural gas supply price for distribution companies. In July 2017, subsidy memoranda were revoked and this practice also ended.

In regard to the water tariff, water bills have gone up for people living in Tbilisi, Rustavi and Mtskheta since 1 January 2018. The GNERC increased the tariff for customers in Tbilisi who have water meters installed by GEL 0.063 per one cubic metre of water and it now amounts GEL 3.29. For those who pay water bills in terms of the number of household members, the tariff increased by GEL 0.75 per individual and reached GEL 3.888. For the commercial sector, the new tariff was set at GEL 4.40. For people with water meters in Mtskheta, water charges increased by GEL 0.12 whilst the fixed water charges per person for customers without meters increased by GEL 1.48 (GEL 3.888 per person).

The next changes in water tariffs occurred in 2020. In particular, for customers of Georgian Water and Power with meters, the price for one cubic meter for household consumption increased by GEL 0.171 - from GEL 0.329 to GEL 0.5 whilst prices went up by GEL 0.626 per person from GEL 3.892 to GEL 4.518 for customers without meters. In regard to non-household consumption, the water tariff increased by GEL 2.103 from GEL 4.400 to GEL 6.503.

Of note is that since October 2012 (the Georgian Dream’s coming to power) to October 2012, utility bills (tariffs for water, energy, natural gas and others) increased by 22.5%.

Given the aforementioned facts, the population’s energy and water bills went up by the end of 2020 whilst tariffs on natural gas increased from June 2021. In regard to the Georgian Dream’s rule in sum, they cut the energy tariff immediately after coming to power, although since April 2013 utility bills have been rising despite the fact that it was one of the Georgian Dream’s major campaign pledges to substantially cut utility tariffs. Although under Mikheil Saakashvili's rule the highest energy tariff was GEL 0.177 instead of GEL 0.11, growth in this component is still drastically high. Therefore, Mikheil Saakashvili’s statement is MOSTLY TRUE.

Claim N3: “The inflation rate this year reached a historic high at 14% although these are lowered prices [food products and medicine in fact became more expensive].” (From 25:00).

According to the information of the National Statistics Office of Georgia, the inflation rate increased by 0.3% in December 2021 as compared to November 2021 whilst the annual inflation rate in Georgia reached 13.9%. The current high inflation is a critical problem for the population, particularly amid the pandemic which naturally involves economic restrictions.

Graph 1: Annual Rate of Inflation and Annual Inflation for Food and Non-Alcoholic Beverages

Mikheil Saakashvili’s statement on inflation and how strongly it affects the people contains a kernel of truth. However, the third President of Georgia leaves the fact that crisis and post-crisis situations generally have their temporary impact over economic indicators beyond the context. Therefore, it is impossible to fully understand the situation in the economy whilst ignoring the factor of the pandemic. It was precisely because Mikheil Saakashvili highlighted the dynamics of economic indicators in the crisis and post-crisis periods that we brought forward the cases of high inflation under his tenure as president whilst verifying this statement. Therefore, given the fact that the context was overlooked, there is an imprecise interpretation of facts and these facts being only partially accurate, FactCheck concludes that Mikheil Saakashvili’s statement is MOSTLY FALSE.