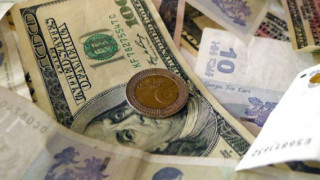 Why the Income Dynamic Should Not Be Calculated in USD

The GEL exchange rate decrease (depreciation) vis-à-vis USD and EUR has been one of the most problematic issues of the past years. GEL started a sharp depreciation in November 2014 and lost nearly 80% of its value as compared to 2014. If we look at the beginning of 2020, GEL depreciated against USD by nearly 10%. The pandemic-induced crisis and shrinking currency inflows have made the GEL depreciation trend even worse.

Naturally, the depreciation of the national currency exchange rate entails certain negative consequences. Among these consequences are an increased debt service burden for those who have income in GEL and obligations in a foreign currency as well as making travel abroad and import more expensive. However, whilst analysing various economic indicators or the price dynamic in general, there is no economic ground to make a conversion to USD and any description of the economic dynamic in USD misleads the population about the realities on the ground. FactCheck has published multiple articles on this topic in the past. Unfortunately, however, “calculations in USD” still continue which again warrants a discussion on this issue.

Since GEL is the only legal tender in Georgia, the population’s expenses are mostly denominated in GEL. Therefore, as mentioned earlier, there is no ground to make conversions into USD whilst assessing trends in changes of incomes (wages/pensions), the GDP or any other indicator. Changes in the GEL purchasing power are not directly proportional to its exchange rate (in this case vis-à-vis USD).

In order to analyse the population’s income dynamic, it is appropriate to discuss the real[1] GDP per capita which is adjusted to price level change. In time, the currency’s purchasing power decreases as a result of inflation and currently one can buy less goods and services with GEL 1 than was previously possible. This process is called inflation. Given certain needs, different indicators can be used to measure inflation. For instance, consumer, producer and export-import price indices are used for the calculation of the real gross domestic product. Consumer inflation is measured by the Consumer Price Index which includes prices in 12 large groups of goods. The groups of goods are as follows: 1) food and non-alcoholic beverages, 2) alcoholic beverages and tobacco, 3) garments and footwear, 4) accommodation, water, energy, gas, 5) furniture, household items, house repair, 6) healthcare, 7) transport, 8) communication, 9) vacation, leisure and culture, 10) education, 11) hotels, cafes and restaurants and 12) different goods and services.

The GEL depreciation vis-à-vis USD affects some groups of import goods such as fuel imports, hardware imports, imports of certain food products, etc. However, the growth of prices on certain goods as a result of the currency depreciation is reflected in the general inflation. For instance, higher prices on cooking oil will make a group of foodstuffs more expensive, although the higher prices in this particular group will have relatively little influence on inflation in general. Naturally, the population consumes not only cooking oil or imported cell phones and other goods and, therefore, the depreciation of the GEL exchange rate vis-à-vis USD by X% does not decrease the population’s economic situation proportionally. Moreover, for that part of the population which receives income in a foreign currency, the depreciation of the GEL exchange rate vis-à-vis USD is even economically profitable.

When analysing the income dynamic, it is essential to take inflation into account; that is, the price level growth. After that, currency indicators and conversions are not important for a simple reason: if the population’s incomes in USD decreased twofold, USD-denominated product prices would decrease twice, excluding inflation. For instance, if bread costs USD 0.25, then the price should have dropped to USD 0.125 after a 100% depreciation of GEL vis-à-vis USD. As compared to 2014, USD-converted real prices decreased by 18% including inflation which is a counter-argument for the claim of a hypothetical politician that the population’s incomes have also dropped because of the GEL depreciation vis-à-vis USD. The population’s incomes would have dropped only in the case if the nominal income growth had been less than 43% in 2014-2021 (August).

Table 1 shows real, nominal and USD-denominated economic indicators in 2012-2020. Although the USD-denominated average wages and the average income of domestic households dropped by 9% and 26% in 2012-2020, respectively, the real average wages in fact increased by 30% whilst the real average incomes of domestic households increased by 5% (considering inflation). Naturally, this is a very negligent growth for a developing country like Georgia but it is a fact that there has been no decrease of incomes in that period.