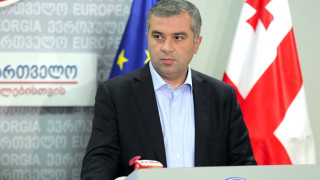 Verdict: FactCheck concludes that Davit Bakradze’s statement is a MANIPULATION OF NUMBERS.

Manipulation of Numbers
The numbers that are pronounced in the statement are more or less correct, though they are used to create a false impression
Facebook Linkedin Twitter Print

Davit Bakradze: “In 2012, our GDP was USD 16 billion whilst today Georgia’s GDP is USD 15.8 billion. In eight years, our income growth was zero.”

Verdict: FactCheck concludes that Davit Bakradze’s statement is a MANIPULATION OF NUMBERS.

The real gross domestic product (GDP) calculated in a national currency is a widely accepted and objective measurement to assess any country’s economic development trend. The real GDP takes into account the effect of price growth and provides an objective understanding of a country’s economic growth. Naturally, all respected international and local organisations use this indicator to measure the GDP dynamic. The statement leaves the impression that the economy did not grow between 2012-2020. However, the real GDP increased by nearly 24% in this period. The real GDP did not decrease in any of the years from 2012-2019 but was increasing annually, albeit at a comparably lower rate whilst the GDP decrease in 2020 is related with the pandemic.

It is wrong to use Davit Bakradze’s figure for the assessment of the economic situation in different periods. There are figures in his statement which are true, although the real picture of economic development becomes distorted when making an incorrect interpretation of these data for deliberately misleading the public. Therefore, Davit Bakradze’s statement is a MANIPULATION OF NUMBERS.

The former chairperson of the European Georgia – Movement for Freedom political party, Davit Bakradze, stated: “In 2012, our GDP was USD 16 billion whilst today Georgia’s GDP is USD 15.8 billion. In eight years, our income growth was zero.”

The size and scale of a country’s economy are measured by its gross domestic product (GDP) which indicates the total amount of goods and services produced in a year for final consumption. GDP volume can be measured by numerous indicators (the nominal GDP, the real GDP, the GDP converted to another currency, etc.). However, not all of these indicators can be universally employed for a trend description.

The real gross domestic product (GDP) calculated in a national currency is a widely accepted and objective measurement to assess any country’s economic development trend. Naturally, all respected organisations use this indicator to measure the GDP dynamic. The selection of an irrelevant unit for the analysis leads us to false conclusions. For instance, the nominal GDP is not free from inflationary processes and using it for analysis in time (a comparison of the data for different years) is incorrect. It is more wrong to guide ourselves with a USD-converted GDP figure which, apart from inflation, additionally also includes the effect of the exchange rate fluctuation and distorts the real trend. In this case, Davit Bakradze uses the USD-converted nominal GDP figure which, of all of the available indicators, shows the most fallacious of pictures.

In 2012-2020, the real GDP (in 2015 prices) increased by 24%; however, the GDP figure was affected by the pandemic-induced decrease of the real economy in 2020. In 2012-2019, however, the real GDP increased by 32.4%. In 2012-2020, the USD-denominated nominal GDP decreased by 4% from USD 16.5 billion to USD 15.9 billion. However, as mentioned earlier, it is wrong to use the aforementioned indicator to assess the economic growth dynamic. Certainly, the depreciation of the national currency exchange rate entails a number of negative consequences. Among these consequences are an increased debt service burden for those who have income in GEL and obligations in a foreign currency as well as making travel abroad and import more expensive. However, whilst analysing the GDP dynamic it is wrong to convert figures to USD because GEL is the only legal tender in Georgia and the population’s expenses are mostly denominated in GEL. In turn, the inflation rate comprises the effect of changes in the currency exchange on purchasing power and this factor is taken into account whilst using the real GDP indicator. Therefore, it is wrong to argue that Georgia’s GDP decreased under the Georgian Dream’s government (see Graph 1). In fact, an economic decline happened only in 2020 and the real GDP did not decrease in 2012-2019. The economy was increasing annually during this period, albeit at a comparably lower rate. Therefore, criticism should be directed at slowing down of the GDP growth rate instead of a shrinking GDP.