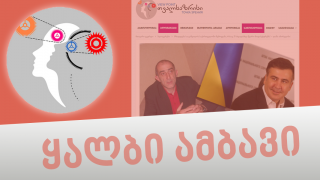 Disinformation: In exchange for the loan from the EU, Georgia was supposed to admit Afghan refugees

On 12 September 2021, the Tvalsazrisi online media agency published a blog post, authored by Lasha Amirejibi, which contained disinformation. Mr Amirejibi, making reference to some identified sources, speaks about the plan of bringing the former Georgian President, Mikheil Saakashvili, back to the country. In addition, he highlights the EUR 75 million loan which Georgia was supposed to receive from the EU to tackle the COVID-19 pandemic-induced crisis.

The author writes: “In this information, provided by my sources, a USD 75 million (sic) loan is also mentioned. In exchange for that loan, our country was supposed to admit Afghan refugees and our government rejected this.”

Information that Georgia was supposed to admit Afghan refugees in exchange for EUR 75 million is not true. Therefore, it should be assessed as fake news.

The main pre-conditions for getting the EUR 75 million loan from the EU were determined in the Memorandum of Understanding signed between the EU and Georgia. Of these pre-conditions, the most important was related to the reform of the judiciary (see FactCheck’s article). The Memorandum did not envision the admission of Afghan refugees to Georgia.

These conditions, pertaining to the judiciary in the Memorandum of Understanding, were later precisely reflected in Charles Michel’s Document which was produced within the scope of the 19 April Agreement and from which the Georgian Dream withdrew on 28 July 2021.

On 31 August 2021, it was reported that Georgia refused to take the second disbursement in the amount of EUR 75 million from the total EUR 150 million in micro-financial assistance from the EU.

Shortly thereafter, the EU Representation to Georgia released a statement that that Georgia failed to sufficiently address the condition for this macro-financial assistance and, notably, to increase the independence, accountability and quality of the judicial system.

Given all of the aforementioned factors, we may say that the Government of Georgia simply went ahead of the EU in order to make a statement to make it look like it was Georgia that refused to take the financial assistance which, in fact, it would not be receiving owing to the failure of the government to respect the commitments it took.

In regard to the issue of Georgia ostensibly going to admit Afghan refugees, manipulations about this have been disseminated from the Russian government news channels. According to the information of the Ministry of Foreign Affairs of Georgia, Russian news agencies deliberately promoted disinformation that Georgia gave shelter to Afghan refugees. As stated by the Minister of Foreign Affairs of Georgia, Davit Zalkaliani, admission of Afghan refugees to Georgia is only an interim measure: “We are talking about several dozen individuals who have been employed in the International Monetary Fund, the World Bank, USAID, the International Republican Institute, the Asia Development Bank and other international organisations based in Afghanistan. These people were evacuated to Georgia in close coordination with our international partners. They are spending only a couple of hours in Georgia and then are traveling to their countries of destination.”