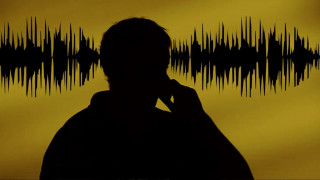 These recordings are only a portion of the horrible and total surveillance which this body carries out on behalf of the state. Thus far, the leaked documents contain files about the clergy. However, the content, the structure and the organised nature of these files give rise to two very rational expectations: 1. This surveillance continues now as you read this article and 2. Apart from the clergy, anyone of any interest for the state is subject to such surveillance and it is likely that there are files on people in the media, business, politics (from both sides of the isle) and others. Incidentally, in these files we find a catalogue of different big and medium businesses categorised by districts of Tbilisi, including information of business owners and other affiliated individuals.

If the authenticity of these recordings is proven, it will mean that it was decreed to establish the “surveillance” division in the State Security Service which aims to record anything pertaining to people who are more or less recognisable by the public. It is reported that units are created in the State Security Service which are charged to carry out surveillance on people of specific groups. In this case, we speak about the Church. It is evident at the very first glance that the content of the documents is alarming and gives rise to real dangers.

What did we see?

The files, circulating through the internet, are about the clergy. The documents were categorised into different folders and files and different findings of the State Security Service were distributed thematically. For instance, there were separate files on corruption, ties with Russia and sins of lust. There are separate daily briefs on the situation within the Patriarchate of the Georgian Orthodox Church. All senior Church hierarchy and influential clergy are categorised and described. We can see when was each clergyman was recruited by the Soviet KGB as well as who sleeps with whom and who is enamoured of whom. All of this happens by phone wiretapping, hacking email communication and illegal eavesdropping, including in people’s apartments, and by other illegitimate and unconstitutional means.

The leaked documents bring to light the total and uncontrolled interference in the lives of the clergy. This interference does not end with the senior hierarchy but also targets the rank-and-file clergy. There are cases of clandestine eavesdropping and wiretapping and documenting their sexual lives as well as the detection of their “non-traditional” sexual encounters and, if recording is not possible, finding ways to make recordings happen [1]. One of the examples of this is a plan of making a copy of house key of one of the individuals in order to make surveillance possible at home as well.

There were no reactions on such gruesome issues as providing information to Russia. However, it is the most important function of the State Security Service to respond to facts like these.

The documents shed light on the fact that employees of foreign embassies were among those “under surveillance.” It is uncertain whether they ended up in the recordings because of their conversations with the clergy or if a separate unit was charged with their surveillance. However, it is a fact that briefs containing the conversations of diplomats also ended up in the documents. In addition, incumbent and former MPs and journalists were also subject to eavesdropping.

What did we learn?

We learned that the State Security Service continues illegal surveillance on us. It has absolutely unfettered authority over our private lives and our behaviour. It eavesdrops on our private conversations on every electronic device and everywhere – homes are no exception. The State Security Service invades such personal space as bedroom. Nothing is out of sight and nowhere are we safe and alone.

This type of total control “threatens exercising the right to private life, makes people believe their private space is unprotected, infringes upon human dignity, limits their behaviour and devastates their emotional state” – reads the statement issued by the State Inspector’s Service of Georgia. However, the State Inspector says that she lacks the capacity to investigate the facts and bring the perpetrators to justice.

On top of carrying out surveillance on us, there is yet another dangerous trend – interpreting what we say. They not only eavesdrop and record our conversations but document them and in these documents, one of the operatives of the State Security Service which were attached to us, interprets our behaviour and the content of our conversation. This is dangerous in a way that they not only eavesdrop on us but may not make sense of what they hear and can defame us by illegal data obtained through illegal surveillance.

What should we do?

All attempts to put limits on this uncontrolled power are currently suspended. The Constitutional Court is silent on a 2017 lawsuit which aims to curb such total and overwhelming powers.

In the previous case, when the scandal on clandestine eavesdropping broke out, all ended by the ceremonial destruction of CD disks (and all of their copies) containing footage in September 2013. The commission then reviewed thousands of files of clandestine recordings, separated footage of private lives and destroyed it.

Afterwards, we saw numerous cases of the publication of footage of private lives when videos, containing activities from the private lives of politicians and other public figures, went online. There was no response in these cases either. Notably, some of those videos were recorded during the same time as the others and they should have been among the destroyed video files. Therefore, the “erasing” of footage did not work.

This time, the harshest of reactions should follow this leak. Not from the ruling party, which this system has been serving for years, and instead of being limited is becoming more total. This response should come from people, from normal citizens. After the leak, the State Security Service issued a statement saying that the “spread of such information disrespects the honour and the dignity of separate individuals, security officers and the entire service.”

From our side, we should say that if the case is not investigated and specific people are not brought to justice, if the people who ordered this, their superiors, those who executed the orders and everyone who was directly or indirectly involved or was aware of such a total surveillance are not punished, if the highest public officials, the Prime Minister, the Minister of Internal Affairs and the Head of the State Security Service do not apologise and take political responsibility, until then yes – neither the service nor the security officers working there have any dignity and honour. It is impossible to speak about the “dignity and the honour” of those people or services which do not punish sexual assaults on children but make video footage in order to have compromising evidence against the child molester.