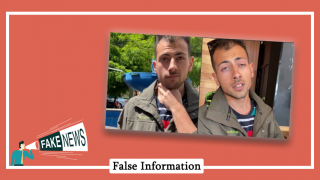 On June 8, Iravunk.com wrote that two bodyguards are ensuring the safety of the incumbent Prime Minister Nikol Pashinyan’s son. “Each of the bodyguards has received a 2 million dram salary. That is, the total amount is 4 million drams,“ the website wrote.

Iravunk.com, while citing its unnamed source, made two claims in this article:

2. Each of Ashot Pashinyan’s bodyguards receives a 2 million dram salary from the government budget.

The Number of Ashot Pashinyan’s Bodyguards is Confidential

The security of the high-ranking officials is provided by the State Protection Service (SPS) of the National Security Service (NSS). Answering our inquiry, the NSS said that during the prime minister’s tenure, the SPS provides security to the members of his family as well, but the information about the number of security officers is confidential. Therefore, we cannot check Iravunk.com’s claim about Pashinyan’s son having two bodyguards.

The Claim About the Bodyguards’ Salary is Baseless

The second claim that Iravunk.com makes is that each of Ashot Pashinyan’s bodyguards received a 2 million dram salary from the government budget in the previous month (4 million drams overall). “Not only does the destitute state budget of Armenia grant astronomical bonuses to the leading party, but it also spends several million drams in one month so that Ashot Pashinyan can safely sell beer,” wrote the website. 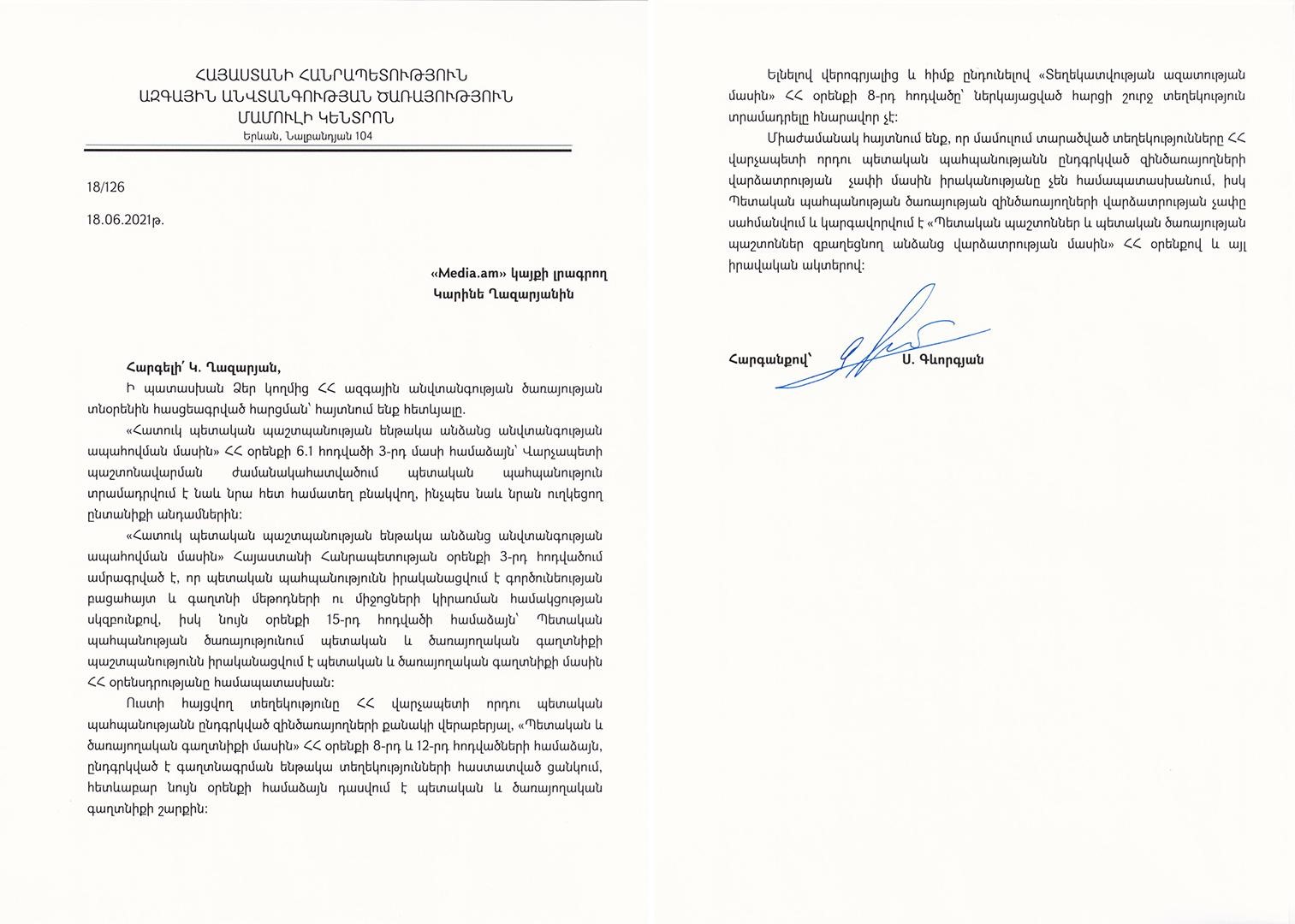 For example, the coefficient of income of the president is 20. The base salary in 2021 was determined according to the state budget to be 66,140 drams. Therefore, the Armenian president has a 20x66,140 = 1,322,800 drams monthly salary. Yearly, this amounts to 15,873,600 drams. It is important to know that this is the gross – untaxed salary of the president. The president received this much money in 2020 as well.

The same scheme works for calculating the income of the rest of the officials as well, including the workers of the State Protection Service who provide the safety of high-ranking officials and their family members.

No SPS worker, be it a general or a serviceman, receives a 2 million drams salary (see Annex 6 in the law). The coefficient of the SPS privates ranges between 1.39 and 1.59. By multiplying this coefficient to the base salary we find out that the privates receive from 91,930 up to 106,485 drams (depending on the rank of the serviceman).

Using the same method one can find out that SPS generals receive from 385,600 to 494,000 drams monthly salary depending on the rank.

The head of the SPS receives the highest salary. The coefficient of his income is 10, therefore he receives 661,400 drams monthly.

Thus no employee of the State Protection Service receives 2 millions drams salary. Therefore, Iravunk.com’s claim about 4 million drams being provided from the state budget to cover salaries of two bodyguards of Ashot Pashinyan is baseless.

The Sources of Iravunk.com are Unknown

The entire article on Iravunk.com was based on unnamed sources. To justify their assertions, the website used the phrases “according to our information” and “as our sources assert”.

In the pre-election period, Factcheck.ge and Media.am have covered another false information about Pashinyan’s son.