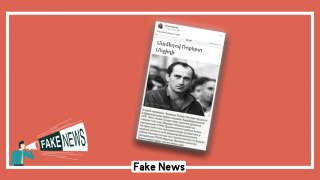 Some weeks before the snap elections, in May and June, a photograph of the second President of the Republic of Armenia and the “Armenia” coalition PM candidate Robert Kocharyan began spreading on Facebook with captions claiming that Kocharyan’s father is Azerbaijani.

This information has already been circulating in the Azerbaijani and Armenian media for years. The information has no factual foundation. Furthermore, the photograph of Kocharyan’s alleged mother that these posts have often used is actually taken from an old feature film.

This information has been spreading in Armenian and Azerbaijani social media for years.

In May, some Facebook users who have shown support for PM Nikol Pashinyan began sharing his political opponent Robert Kocharyan’s picture on Facebook, with captions claiming that Kocharyan is half Azerbaijani (example 1, example 2). 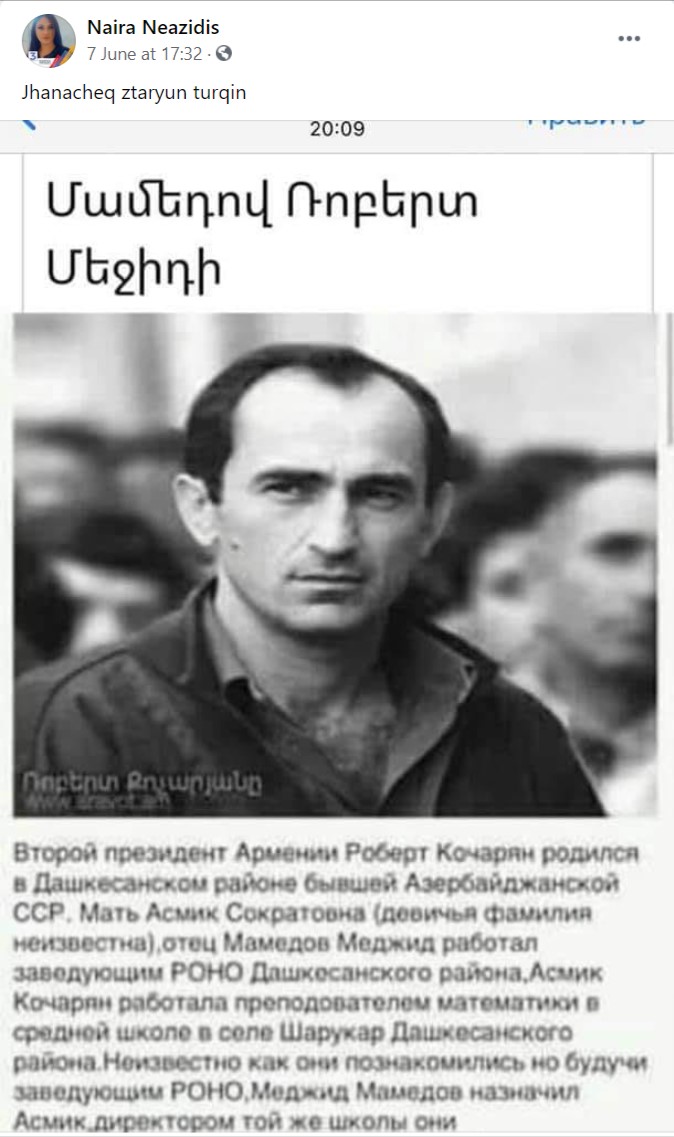 It is not the first time that this picture and this text are circulating on social media and clickbait sites, both in Armenia and Azerbaijan (example 1, example 2, example 3).

It is mainly the Azerbaijani websites that share the entire text of the post. Some phrases or expressions used in it don’t usually appear in the Armenian content (for example, the word “Xankendi”, the Azerbaijani name of the capital city of Karabakh, Stepanakert). Only a black and white collage, composed of Kocharyan’s picture and the first couple of lines of the full text, usually appears on Armenian social media platforms and websites. This gives reason to assume that the story may have originated in Azerbaijani social media.

The text claims that Kocharyan was born as a result of the extramarital connection between an Armenian woman and an Azerbaijani man living in the region Dashkasan of the Azerbaijan SSR. The posts tell an entire saga about the woman’s life. According to them, Kocharyan’s mother had been having affairs with two Azerbaijani officials who were competing against each other and giving her different positions in the regional administrative bodies.

According to this text, her husband was an accountant and their marriage served to conceal the woman’s affairs. Kocharyan thus bears the last name of his mother’s husband. The tale goes on to say that he was sent to Stepanakert at the age of two.

The text contains many random details which make it seem credible at first glance. However, the article does not present any evidence; it only offers its readers to ask the local “elderly and the refugees” who “can confirm'' their claims.

When the full version of the text appears on social media, it comes with a woman’s photograph and a note: “Hasmik Kocharyan and her son Robert www.aravot.am”. The article is written in Armenian but contains a mistake: the word “Robert” is not properly conjugated, which may also be an indication of the non-Armenian origin of the story.

“Www.aravot.am” on the photo refers to an authentic Armenian news website, however the picture itself is not really a photograph but rather a screenshot taken from a 1927 Soviet feature film Бабы рязанские (Women of Ryazan). 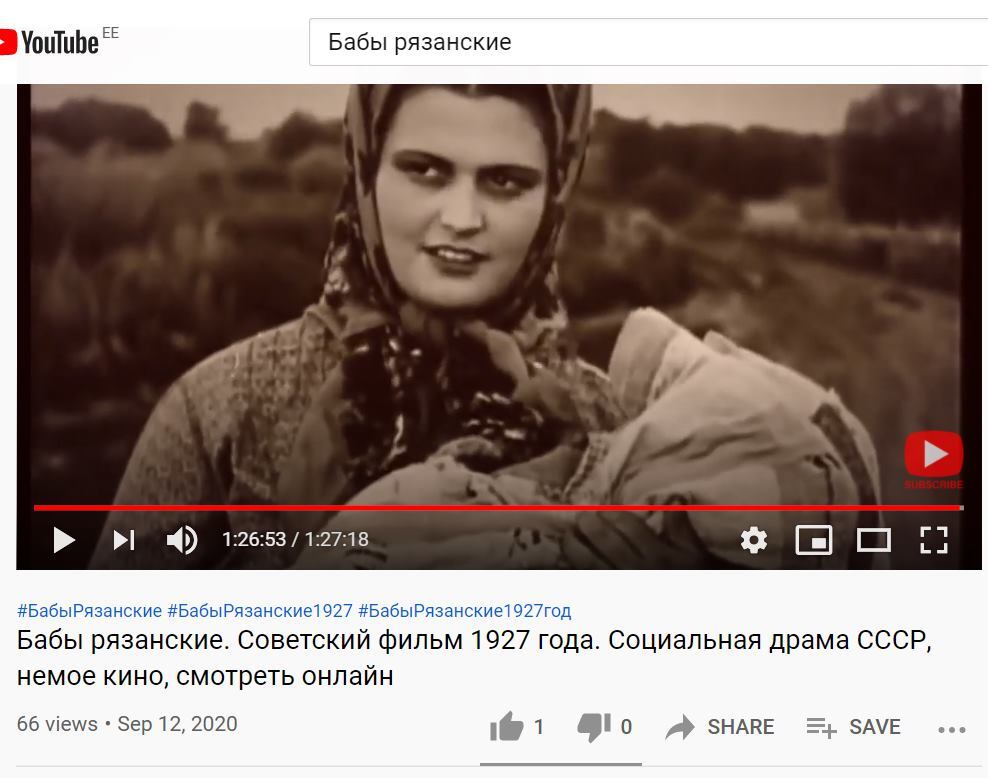 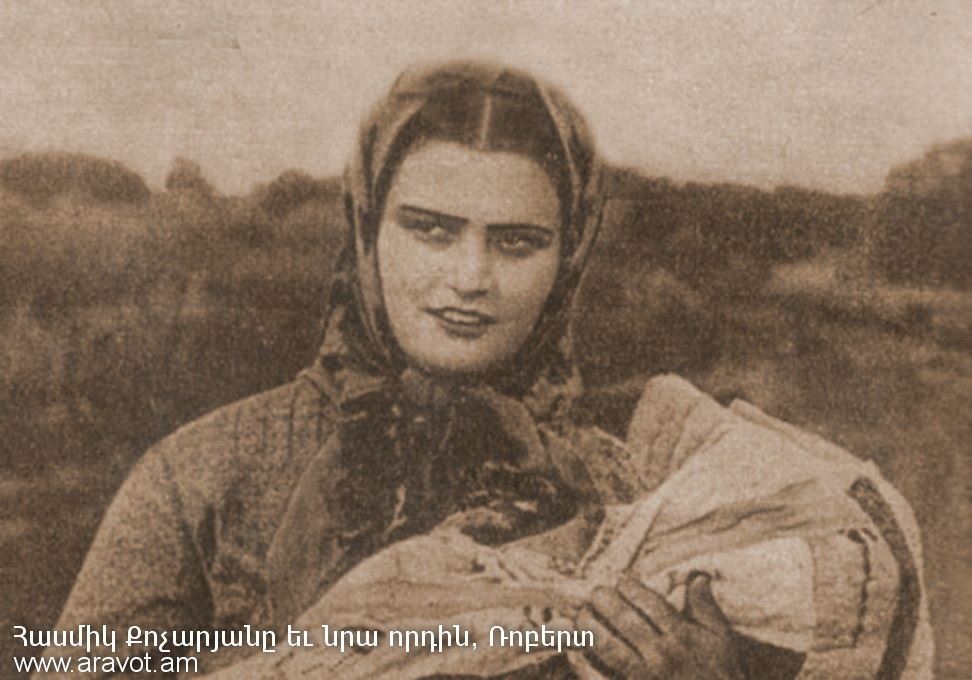 Official sources have not verified this story

Both of Kocharyan’s parents were born in Nagorno-Karabakh, as stated in his official biography. Kocharyan's father, Sedrak Kocharyan, was born in the village of Astghashen, Nagorno-Karabakh. After studying agriculture in Dagestan, he came back to Karabakh and held various positions, up to being the head of the Nagorno-Karabakh Autonomous Oblast Department of Agriculture.

Kocharyan’s mother, Emma Ohanyan, was born in Hadrut region of Karabakh. She worked as a researcher in Leninakan (currently Gyumri) and Stepanakert. She lived until the year 2015. Her death and funeral arrangements were covered in the Armenian press.

Thus, claims about Robert Kocharyan’s parents spread both in Azerbaijani and Armenian social media without any evidence. Moreover, on Azerbaijani platforms, the full version of this information is more common, while Armenian platforms spread the short version.

In a number of posts, these claims are combined with a picture of Kocharyan's supposed mother, but the picture is actually a shot from a feature film. Official sources do not confirm this information.