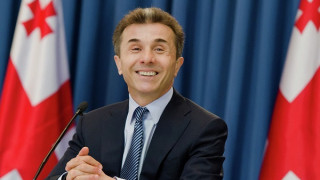 Bidzina Ivanishvili: “We gave rise to progress and reduced poverty.”

Verdict: FactCheck concludes that Bidzina Ivanishvili’s statement is a MANIPULATION OF FACTS.

Bidzina Ivanishvili: “We gave rise to progress and reduced poverty.”

Verdict: FactCheck concludes that Bidzina Ivanishvili’s statement is a MANIPULATION OF FACTS.

Resume: In accordance with the data of the National Statistics Office of Georgia for 2019, 19.5% of the population lives below the absolute poverty line. As compared to 2012, this figure has decreased by 10.5 percentage points. The poverty level in 2012 decreased by 4.3 percentage points as compared to 2004. These figures, provided in the appendix of Bidzina Ivanishvili’s open letter, are correct. However, Mr Ivanishvili considers the poverty problem as a legacy and speaks about progress achieved under the Georgian Dream’s rule. The poverty reduction trend in Georgia started under the previous government in 2011. In the course of two years, the share of the population living below the absolute poverty line shrank by 7.3 percentage points in 2011-2012. In addition, if we consider 2013 as a transitional year since poverty reduction was then affected by both the previous government and the Georgian Dream, we will see that the poverty level reduced more in 2011-2012 as compared to 2014-2019.

In addition, Bidzina Ivanishvili relies on the data of the National Statistics Office of Georgia alone and disregards UNICEF’s figures. The latest Welfare of the Population of Georgia survey demonstrated that the general poverty figure rose from 18.4% to 21.7% in 2017 as compared to 2015. The share of the population living in extreme poverty increased both as compared to 2013 and 2015. The then Prime Minister of Georgia, Giorgi Kvirikashvili, resigned after the publication of UNICEF’s aforementioned survey results.

The chairperson of the Georgian Dream, Bidzina Ivanishvili, decided to quit politics and addressed the Georgian public with an open letter, summarising the Georgian Dream’s eight-year-long rule. In his letter, Mr Ivanishvili highlighted poverty as the country’s major problem: “Poverty is an objective reality, although I cannot accept the accusation that the poverty we inherited is the result of the Georgian Dream’s rule… Today’s poverty is the result of the continuous decline and cataclysms that our country has endured for 20 years since gaining independence. We have managed to stop the decline, we gave rise to progress and we reduced poverty.” The open letter includes an appendix which reads: “Under the Georgian Dream’s rule, poverty decreased by 10.5%. The UNM, under its rule, managed to reduce poverty by only 4.3% only.”

According to the data of the National Statistics Office of Georgia for 2019, absolute poverty dropped from 30% to 19.5% as compared to 2012. Absolute poverty shows the part of the population which lives below the subsistence minimum.

As compared to 2004, poverty reduced by 4.3 percentage points in 2012. Under the previous government, poverty figures were changing in both directions – rising or declining. Poverty in Georgia increased sharply in 2010 which was stipulated by the world financial crisis and the August 2008 war which brought impoverishment. In 2011-2012, the share of the population living below the absolute poverty line shrank by 7.3 percentage points.

Bidzina Ivanishvili disregards the fact that the poverty reduction trend in Georgia started in 2011 under the previous government and that the positive trend was kept until 2016. In 2016, the share of the population living below the poverty line increased and the poverty level remained the same in 2017. Absolute poverty declined in 2018 and 2019 albeit at a comparably slower rate.

In addition, 2013 can be considered as a transitional year since poverty reduction then was affected by the performance of both the Georgian Dream and the previous government. In 2014-2019, absolute poverty declined by 6.7 percentage points which is less as compared to the figure for 2011-2012. 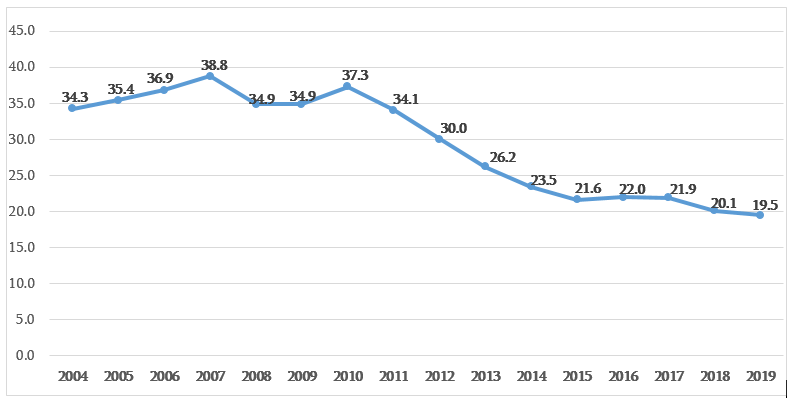 Bidzina Ivanishvili relies on the data of the National Statistics Office of Georgia alone when speaking about poverty figures and disregards the results of UNICEF’s Welfare of the Population of Georgia survey which was published in June 2018. The results of the aforementioned survey were discussed at the Georgian Dream’s political council meeting which was followed by the resignation of the then Prime Minister Giorgi Kvirikashvili.