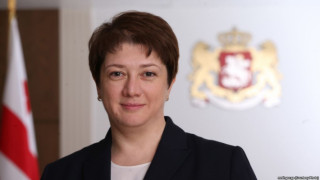 Maia Tskitishvili: “The rise in infections is related to irresponsible rallies.”

Verdict: FactCheck concludes that Maia Tskitishvili’s statement is a LIE.

On 24 November 2020, whilst speaking on the epidemiological situation, Deputy Prime Minister Maia Tskitishvili stated: “We have all witnessed very well the activity during the campaign. I do not refer to the election day. I refer to those irresponsible political campaigns and rallies which did not call on voters to wear face masks but encouraged disobedience instead. In this case, when we speak about reducing mobility and we see such street rallies, where no rules are observed and there are calls to disregard the rules, it is impossible not to have all of this reflected in the numbers. This dynamic, which we have today, is stipulated by those rallies.”

The claim that the deteriorated epidemiological situation in the country and the rising number of coronavirus cases are related to the protest rallies is false.

The epidemiological situation in Georgia sharply deteriorated in September and October. Daily coronavirus cases in the spring and summer were in single and double digits whilst the daily confirmed cases reached 1,776 on average by the last week of October. In addition, as of 27 October 2020, Georgia had the highest number of COVID-19 active cases totalling 19,257.

At the end of October, epidemiologists were stating that by mid-November Georgia would have 3,000-4,000 daily confirmed cases of COVID-19.

On 8 November 2020, civic activists and the opposition, which do not recognize the results of the parliamentary elections as legitimate, held a massive rally in front of the Georgia’s Parliament building. The rallies continued in the next days. Given the ongoing pandemic, of particular consideration is that law enforcers used water cannons against the protesters without prior warning. Later, the Ministry of Internal Affairs justified the use of force against the protesters by urgent necessity. Many authoritative organisations, however, concluded that use of force was arbitrary and lacked ground (see FactCheck’s article).

Maia Tskitishvili also stated that there were calls at the rallies to disregard the rules which is also false. On 8 November 2020 at the rally in front of the Parliament building, a voice recording was constantly playing calling on the protesters to observe social distancing and wear face masks.

Of note is that there were crowded opposition rallies as part of the election campaign. However, the authorities also breached the rules they had set. At the opening of Kikvidze Park, Prime Minister Giorgi Gakharia stated: “We are somewhat breaching our own recommendation of not having gatherings of more than 200 peoples but Tbilisians will forgive us.” The opening of the dendrological park for visitors was also followed by packed gatherings. The crowded gatherings should have had its effect on the spread of the virus although not to such a scale which resulted in autumn. As early as the summer, epidemiologists were expecting the second wave to occur in autumn. The rise in respiratory diseases in autumn as well as almost the non-existence of restrictions in the summer and a high mobility characteristic for domestic tourism are the main reasons which made the second coronavirus wave all the more expected.

According to 22 November 2020 data, Georgia is the world leader in terms of confirmed cases per 100,000 persons in the last seven days. FactCheck does believe that under the massive spread of the virus in the country, the large rallies did contribute to further outbreak of the virus. However, it is a fact that the sharp deterioration of the epidemiological situation started before the protest rallies.