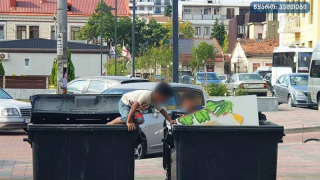 How the Pandemic Will Affect Poverty Figures

According to the UN estimates, an additional 84-132 million individuals could fall into extreme poverty, including 42-66 million children.

The Coronavirus Pandemic has posed significant social and economic challenges to the world. Job losses and lost revenues amid the pandemic directly affect the wellbeing of households. According to the UN estimates, an additional 84-132 million individuals could fall into extreme poverty, including 42-66 million children.

On 21 August 2020, UNICEF published a report on Estimating the Impact of COVID-19 on Poverty in Georgia. The results of a microsimulation model show that due to COVID-19 pandemic related shocks, population poverty, in particular child poverty, will increase. According to the UNICEF’s latest data, 21.7% of the population as well as 27.6% of children currently live in poverty.

According to the report, social transfers will slow down the poverty growth rate. The research analyses 12 simulations in total to study the impact of cash transfers for different groups in order to alleviate poverty. The universal child grants for 0 to 17 year-olds are the most effective model of poverty reduction for children. In the case of a severe shock, the cash assistance can achieve a return to the baseline poverty line whilst these grants can bring the poverty level lower as compared to the baseline poverty rate in the case of low and medium shocks. Cash assistance for people who lost their jobs is also effective and would slow down the poverty growth rate in the population. FactCheck clarifies that in analysing the cash transfer impact on both population and child poverty, UNICEF assesses a one-time effect and does not provide an outlook for the long-run.

According to UNICEF, Georgia is very vulnerable vis-à-vis poverty and a large portion of the population is only marginally above the poverty line. Therefore, the crisis will profoundly affect the population close to the poverty line. The most cost-effective way to reduce poverty is to make sure that the economic policy and transfers target the bottom 40% of the population which is not covered by the State Targeted Social Assistance Programme instead of the cash assistance provided to target groups and children. However, UNICEF clarifies that identifying members of this category (the bottom 40%) is a complicated and lengthy process.

Of note is that poverty; in particular, child poverty, remains one of the biggest challenges. According to UNICEF’s latest report, poverty levels in Georgia increased in 2017 as compared to 2015. The poverty level increased in every group of the population with the sharpest rise seen in child poverty figures. The main reasons for the poverty growth were the slowing down of the economic growth rate and increased consumer prices (see FactCheck’s article).

Who Received the Government’s Support?

People who lost their jobs received cash transfers from the government. In particular, hired employees who lost jobs or were forced into unpaid leave will receive GEL 200 assistance for six months. Some self-employed individuals with an official status (registered as a taxpayer with the Revenue Service) received a GEL 300 one-time government assistance payment. A portion of self-employed individuals failed to qualify for the beneficiary category (for instance, nannies, house assistants, etc).

In order to alleviate the pandemic-induced impact, social packages were expanded for vulnerable groups. In particular and together with previous social packages, they are receiving additional monthly cash transfers beginning from June over the next six months.

• GEL 100 monthly cash assistance for large families (with three or more children) registered in the database of socially vulnerable families.

From 1 September 2020, the government will provide a GEL 200 one-time cash transfer to every child under 18. Of note is that the government’s initial anti-crisis plan did not envision the aforementioned assistance.

As part of the government’s anti-crisis plan, social cash assistance will have a one-time positive impact on the socio-economic wellbeing of households. However, the economic crisis sparked by the pandemic and related regulations will likely be protracted. Therefore, it would be impossible to slow down the poverty growth rate by one-time benefits and the government will not have sufficient funds to ensure long-term social benefits. Therefore, together with protecting public health safety, the government also has to increase efforts to start the economy at full capacity.