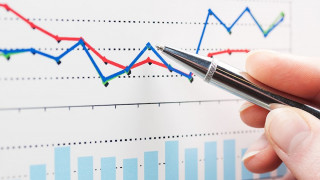 Any type of economic stimulus in these circumstances has to be taken with utmost caution, given the danger of inflation, on the one hand, and the danger of the inefficient spending of resources, on the other hand.

The novel coronavirus pandemic has become an unexpected challenge for the entire world and the magnitude of this challenge is unprecedented in contemporary history. Georgia, as part of the open world, has found itself in a difficult situation for a myriad of reasons, including economic challenges. It is nearly impossible to fully anticipate how the events will unfold or what the volume of expected humanitarian and economic damage will be based on the available data.

In light of a steep decline in economic activity, economic entities get battered by a loss of revenues which sharply increases the risks of job losses, the failure to deliver services and bankruptcy. Almost every field of the economy is hit directly or indirectly in the service, transport and trade sectors as well as the tourism industry in particular. These fields have been growing in Georgia for years and make a significant contribution[1] to economic growth. Apart from the fact that the tourism crisis during a pandemic is quite natural, the authorities decided to ban the entrance of foreign nationals to Georgia from 18 March 2020. Given the emergency situation, air, sea and passenger railway transportation has been limited and only cargo transportation continues unimpeded. Cinemas, gyms, entertainment centres, beauty salons and night clubs have been shut down and restrictions were imposed on the delivery of many services.

The pandemic crisis (see FactCheck’s article) can inflict substantial damage in the long run, both on the micro-economic and macro-economic levels. Generally, opinions differ as to how governments should respond, how they should interfere and in what manner and magnitude. These opinions mostly depend on different ideological viewpoints.

In a crisis, the authorities of different countries simultaneously deal with the increase in expenses by cutting taxes and reducing the re-financing rate in order to make sure that counter-balancing the crisis-induced drop in demand as well as stimulating the economy is undertaken in such a manner that the real sector of the economy remains close to equilibrium during the crisis/recession.

Of note is that the underlying reasons for an ongoing and expected large-scale economic crisis are “un-economic.” Therefore, there are question marks in regard to the effectiveness of standard response mechanisms. In particular, injecting additional funds to the economy works to counter-balance the decreased demand under a crisis. However, an economic slowdown is stipulated not by a decrease in demand as a result of financial causes but mostly by the decreased activity because of safety recommendations (in other words, people cannot buy clothes not because of a lack of money but because of recommendation not to leave their homes). The crumble which is caused by following the given recommendations cannot be remedied by injecting financial resources and this measure can be considered to be fulfilling more of a social instead of an economic purpose. Providing additional financial resources to stimulate demand is likely to be more effective in a post-crisis period when the safety restrictions are removed and the economic agents will be allowed to operate fully. Therefore, the elements of the response as well as the timing of their application must be selected carefully in order to achieve the goal of stimulating the economy, on the one hand, and making sure that surplus liquidity does not spur inflation, on the other hand.

In light of the crisis, the GEL to USD exchange rate dropped by nearly 24%. On 18 March 2020, the Monetary Policy Committee of the National Bank of Georgia decided to leave the refinancing rate unaltered at 9%. It is possible to conclude that the severity of inflationary processes does not allow cutting the interest rates (which in other case is one of the counter-crisis measures). The opposition was also against cutting the interest rates. In exchange, they highlighted reducing the deficit by cutting taxes and curbing bureaucratic expenses. European Georgia Movement for Freedom has also suggested that the authorities temporarily cut the pension fund, abolish pension contributions and return their pension contributions to the population at a later stage. In response, the Minister of Healthcare, Ekaterine Tikaradze, stated that the government would discuss this initiative together whilst the Minister of Economy and Sustainable Development, Natia Turnava, stated that authorities should not make such a decision which would impede normal functioning (for instance, a decision that would destroy the pension reform) after the end of the pandemic.

According to the recommendations of European Georgia Movement for Freedom, in the next four months income tax should be decreased and cut in half in another four months, property tax should be abolished for 2020 and excise tax on petroleum products cut by 25%. Instead of VAT, a so-called “sales tax” should be introduced which means the obligation to pay VAT according to sales instead of paying it during import. Different types of vouchers should be given to vulnerable economic entities. Those who have lost jobs, given unpaid leave or had their salaries cut should be reimbursed by 50% of their losses by the government. In the next eight months, penalties and administrative fines as well as the GEL 300 limit on postal shipments should be abolished.

The position of the United National Movement is as follows: this year, an income and property tax moratorium should be announced in the tourism sector and they should be redistributed in 2021 and the upper limit of the VAT-taxable total annual turnover should be increased. Small business entities whose annual turnover does not exceed GEL 500,000 should be taxed at 0% during 2020. The 2020 state budget should be amended and common budget expenses should be cut. Given the postponement of the payment of certain taxes and changes in tax rates, the banking system should be asked to postpone payments of loans of crisis-stricken tourist companies.

The position of the Government of Georgia in responding to the crisis was announced by the Prime Minister of Georgia at a briefing held on 13 March 2020. The Prime Minister unveiled the plan for stimulating the economy together with the government’s economic team. The plan includes taking different measures as a result of which an additional GEL 1 billion should be mobilised in the country’s economy. In particular:

· Banks will individually restructure debts for businesses which will have loan payment problems.

· In addition, banks will allow loan holders the opportunity to postpone their payments for the next three months.

· Companies which are involved in tourism-related activity will have their property and income tax payments postponed for the next four months (until 1 November 2020).

· In order to provide financial resources to companies, the government will double VAT returns and the Ministry of Finance will return GEL 1,200 million (GEL 600 million more) by the end of 2020 instead of the planned amount of GEL 600 million.

· A special government programme will be launched which will provide co-financing of interest rates for six months to hotels with four to 50 rooms all over Georgia.

· For an additional government stimulus to the economy, support for capital projects will be increased. Capital expenses envisioned in the 2020 budget will further increase by GEL 300 million.

As stated by the Prime Minister, the government’s economic plan is effective and endorsed by international partners. The Prime Minister refrained from discussing the opposition’s plan and said that it would be criticism only for the sake of criticism. The Prime Minister also added that the plan would be revised in a period of two months depending on the course of events.

Under these circumstances, the abolition of the pension contribution and a decrease in excise tax are more flexible steps as compared to cutting other taxes since bringing them to the old rate in the post-crisis problem will not be difficult. In the case of cutting income, profit, property, VAT and import taxes, however, voter assent will be required in a nationwide referendum in order to return them to the previous rates which would be difficult to attain. This is stipulated by the Constitution of Georgia. The abolition or the cutting of the aforementioned taxes could bring significant problems whilst trying to restore them at their previous rates. It is less likely that the authorities will take such an option. Of note is that cutting excise tax on petrol is an important leverage to cap inflation since petrol is an intermediate product for many economic activities or goods.

The current economic crisis is unfolding against the backdrop of the decreasing real economy. In other words, less goods and services are available for a certain price as compared to what they were before the beginning of the crisis. It is natural that any type of economic stimulus must be undertaken with utmost caution given the danger of inflation, on the one hand, and the danger of the inefficient spending of resources, on the other hand. The authorities believe that in this situation it is important to keep jobs and ensure the physical survival of business. Certainly, the postponement of tax payments will engender problems for economic entities which will have to operate in the immediate post-crisis environment. Here too, future prospects remain vague. In addition, increased government expenses by an increased budget deficit or a larger debt will most likely give rise to long-term inflationary processes.

According to the 2020 common budget plan, the budget deficit amounts to GEL 1.31 billion which constitutes 2.5% of Georgia’s GDP. Given the current circumstances, the Government of Georgia will naturally have to revise the budget in the future and spending will be subject to sequestration. In parallel, the further deepening of the budget deficit and the growth of government debt will put additional pressure on the level of prices.

[1] According to the data of Georgian National Tourism Administration, the total expenses made by international visitors in 2019 amounted to GEL 8.5 billion.