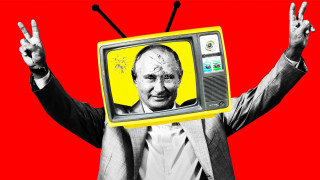 Russian Propaganda and the Novel Coronavirus

In light of the global pandemic of the novel coronavirus (COVID-19), the information space has been flooded with stories about the disease. Simultaneously, alongside helpful and reliable information, fake and misleading stories have been circulating in the media at a similar scale. Some of these stories are harmful and provide people with inaccurate information about protection from the virus and checking their health such as eating garlic and or holding their breath. However, given the particular significance of the issue, false information about the disease is frequently dangerous and, furthermore, serves the hostile disinformation and political goals of a particular country.

Conspiracy theories in regard to the coronavirus have been popping up from every corner and disinformation stories accuse the USA, the UK and Russia together with China of artificially producing the virus (“biological weapon”). However, it is obvious that Russian government channels and media with Kremlin ties have been carrying out the most intense disinformation campaign. Multiple media outlets and Western countries have exposed Russia as the culprit in circulating disinformation about the coronavirus.

According to an internal EU report prepared on 16 March 2020, the Russian propagandist media aims to confuse and frighten the public, sow panic and provide inaccurate information about the virus and public safety measures. The report also reads that it is in Moscow’s interests to undermine public trust in European healthcare systems which according to the Kremlin’s plan should render an effective response to the pandemic more difficult. According to the report, individuals with Kremlin links and those social network accounts which used to write about Syria or the Yellow Vests public protests have now started to circulate disinformation about the coronavirus in the English, Spanish, Italian, German and French languages. According to the Kremlin’s new tactics of a disinformation campaign, pro-Russian media is often not the source of disinformation. However, they seek to both amplify the existing disinformation and contribute to its further circulation which allows them plausible deniability. Moscow has already responded to the report of the European External Action Service and Putin’s spokesperson, Dmitry Peskov, stated that the allegations were unfounded.

The United States also blames Russia for circulating disinformation about the coronavirus. In February 2020, Philip Reeker, from the US Department of State, stated that pro-Russian media was circulating fake news about the origins of the coronavirus. According to some of them, the CIA was the one which created the virus in order to wage economic warfare against China. Maria Zakharova, spokesperson of the Russian Ministry of Foreign Affairs, later denied those allegations. At the beginning of March, Senator Marco Rubio also wrote in the New York Post about the malign actions of Russia and other countries. As stated by Senator Rubio, Moscow will always take any opportunity to create a sense of international disorder and smear the reputation of the United States. In his article, Senator Rubio brought the example of the Soviet Union unleashing disinformation about HIV/AIDS according to which the US government created the disease (in 1992, Evgeniy Primakov, former head of the Foreign Intelligence Service, acknowledged the KGB’s role in the disinformation campaign).

Ukraine’s Security Service has exposed 38 people under charges of sowing panic among the public during the pandemic for disseminating false information about the situation in the country. On 23 March 2020, one person was detained in Dnipro under charges of malign actions to fulfil a task from Russia. According to the instruction, the individual was supposed to produce a fake photo and video recordings of empty shelves in shops and queues in pharmacies which Russia would use to mislead the public.

According to the new Russian disinformation wave, it is possible that apart from the Americans, the coronavirus was also created by “talented Latvian biologists and pharmacists.” Other sources close to the Kremlin accuse the UK of the creation of the SARS-CoV-2 virus. In addition, pro-Russian media circulated information that virus is a biological weapon which was created by NATO (meaning the US) and spread through Europe to safeguard against Russia. Therefore, the story claims that the US uses European nations to defeat Russia whilst these countries are the ones which take the hit themselves. In addition, according to the fake news, it is natural that the virus spread in those countries (France, Italy) which want cooperation with Russia. In materials published on 27 January 2020, the Russian media named Lugar Laboratory in Tbilisi as a source of the coronavirus outbreak.

Of note is that Russian media outlets with large budgets – Russia Today, Sputnik and their partner information agencies function in many countries. Therefore, Moscow is able to easily circulate disinformation for political purposes in different languages (Georgian, Armenian, Azerbaijani, Arabic, Italian, Spanish, etc.) in addition to Russian and English. For instance, according to Russia Today and Sputnik offices covering Arabic countries, the coronavirus is an American biological weapon and aims to attack China, Iran and, subsequently, the whole world and this is happening on President Trump’s personal instructions.

Agencies which circulate Russian disinformation have become active in the Georgian media space as well. Pro-Russian Georgian information outlets have targeted the Lugar Laboratory once again. In addition, they have used the coronavirus issue to discredit the USA, NATO and the EU (see FactCheck’s article).

Of note is that those messages which are intended for the Russian people portray the virus mostly as a threat coming from foreign countries which will fail to harm Russia but poses the danger of the annihilation of Western democratic countries. On the other hand, the news intended for the international audience is mostly based on conspiracy theories that the virus was created by “global elites” and aims to undermine public trust in Western countries toward their authorities as well as relevant international institutions.

Russian disinformation blames specific countries and international actors for creating and spreading the coronavirus. However, apart from that, causing an information chaos by circulating mutually incompatible information is also a part of the Kremlin’s strategy. Here, of note is that the pro-Russian media generally circulates false information about the effectiveness of a vaccine in the pandemic-induced (previously epidemic) crisis situation which frightens the public even more. In addition, some fake stories deny the problem of the coronavirus altogether whilst part of the fake news contains such information as the invention of a vaccine against SARS-CoV-2 which thus far does not correspond to the truth.

It is natural that the global pandemic generated more fertile ground to circulate disinformation. The Kremlin still uses panic and fear in the public for political goals which forces countries that are targeted by Russian propaganda to fight both the coronavirus pandemic and the Russian “info-demic.” 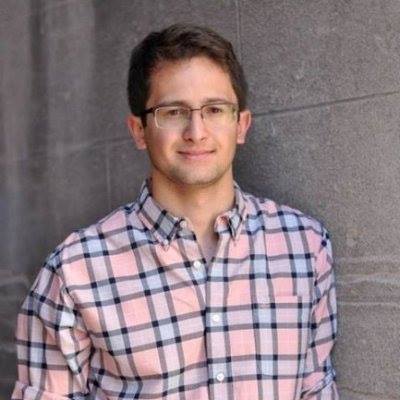