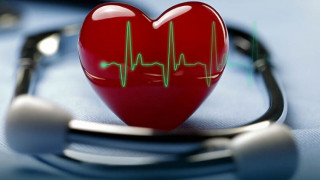 Equalised Tariffs and New and Old Challenges of the Healthcare System

Medical establishments demand a revision of the set tariffs and otherwise, they clarify, a deterioration of medical service quality and a drainage of highly qualified personnel going abroad would be inevitable

Since 21 November 2019, pursuant to Resolution 520 of the Government of Georgia, tariffs on high-tech and costly medical services, such as cardiology, cardiac surgery, arrhythmology and reanimation services, have been equalised as part of the Universal Healthcare Programme.

The decrease/equalisation of tariffs on costly medical services will temporarily put a cap on the Universal Healthcare Programme’s expenses. However, Resolution 520 might threaten the development of the high-tech cardiology field. In addition, the aforementioned change cannot ensure the reduction of the population’s healthcare expenses and their affordability of quality healthcare.

Medical establishments state that the tariffs set by Resolution 520 are less than the cost of the medical services. They add that a discussion on tariffs has not taken place either with the sectoral association or with the clinics. Medical establishments demand a revision of the set tariffs and otherwise, they clarify, a deterioration of medical service quality and a drainage of highly qualified personnel going abroad would be inevitable.

Different prices on this or that medical service are stipulated by the quality of medical care and the qualification of medical personnel. Therefore, the imposition of a single tariff for all clinics is not appropriate. However, clinics are protesting against a tariff reduction and not against a tariff equalisation. An open letter, authored by the clinics, reads that for instance, in the case of arrythmology, the cost of implanting a device is higher as compared to the set tariff. It is logical that reduced tariffs endanger the development of the cardiology field. Clinics will try to decrease expenses which would be directly reflected on the quality of medical care.

As clarified by the Ministry of Internally Displaced Persons from the Occupied Territories, Labour, Health and Social Affairs of Georgia, the set tariffs do not envision expenses for such services which are not stipulated by a medical emergency (selection of a particular doctor, VIP room, etc.) because the Universal Healthcare Programme does not provide funding to them. Most probably, clinics will increase tariffs for such services which are paid out of the patients’ own pockets.

The Minister of Internally Displaced Persons from the Occupied Territories, Labour, Health and Social Affairs, Ekaterine Tikaradze, stated that it is unacceptable for her to look at healthcare as a profitable business.

If we do not consider the healthcare market in the country as a profitable business, then, at least, there would be no technological development of the field and it would be impossible to attract or/and keep highly qualified personnel.

Challenges of the Universal Healthcare Programme

After six years since launching the Universal Healthcare Programme, one of its biggest challenges still remains the management of its expenses. The statistical data of the previous year indicate that the government is unable to cap the expenses of the Universal Healthcare Programme. The government’s planned budget increases annually, although every year it is running a deficit (see FactCheck’s article).

By equalising the tariffs, the government seeks to cap the expenses of the Universal Healthcare Programme; however, this change, as mentioned previously, provides new challenges in the healthcare sector.

The Universal Healthcare Programme failed to reduce the population’s healthcare expenditures which points to its inefficiency.

UNICEF’s population welfare reports show that the population’s healthcare expenditures have increased which is largely stipulated by increased prices on medication. In addition, the number of those households with a catastrophic health expenditure rate has also increased.