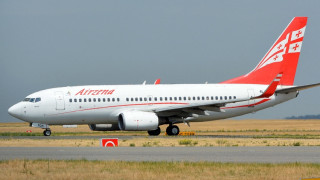 What Will be the Impact of the Russian Flight Ban on the Georgian Economy?

In spite of the Putin-initiated restrictions, the tourism sector in 2019 will presumably not decrease as compared to 2018, albeit the growth will be less than expected.

The visit of a member of the Russian Communist Party, Sergey Gavrilov, with two other Russian MPs to Tbilisi on 19 June 2019 as part of the Inter-parliamentary Assembly on Orthodoxy, triggered people’s protests. The situation got particularly tense after Mr Gavrilov sat in the Speaker’s chair in the Parliament of Georgia. Because of this protest, ostensibly on the grounds of a possible threat to Russian citizens, Russian President Vladimir Putin banned Russian airlines’ flights to Georgia. Soon after, the flight ban expanded to include Georgian airlines. The sanction will kick off on 8 July 2019.

Of note is that in order to accomplish its political objective, Russia regularly employs economic leverage such as: restrictions of tourism flows, banning certain goods, etc. During the Russia-Turkey stand-off, Russia also banned flights to Turkey and imposed an embargo on part of Turkey’s export goods.

The imposition of sanctions was followed by a myriad of speculations in Georgia. Opinions differ as to the extent to which these current events will harm Georgia. FactCheck tried to calculate how Georgia’s economy could be damaged as a result of Putin’s decision.

As compared to 2016, the total expenses of Russian tourists increased sharply by 2.4 times in 2018. In 2016, Russian tourists spent GEL 803 million whilst their spending equalled nearly GEL 2 billion in 2018. Of importance is that the ratio of the spending of Russian visitors to the total tourism spending is also increasing. In 2018 as compared to 2016, this figure increased by 6.6 percentage points. The growth of the percentage figure means that the dependence of the Georgian tourism sector on Russia has been rising through the past years. Certainly, this fact contained a political risk which was confirmed by the latest events.

A sharp hike in the number of Russian visitors started in 2015 which was in part related to the termination of the visa regime for Russian citizens and the Government of Georgia’s altered rhetoric vis-à-vis Russia.

As mentioned previously, the flight ban will kick off from 8 July. Therefore, the expected damage for 2019 in terms of Russian visitors will be calculated for the second half of the year (third and fourth quarters). To this end, we need to analyse the quarterly dynamics of Russian visitors.

Table 1: Percentage Dynamic of Russian Visitors in Terms of Quarters

As we see, there was an average of 37.2% Russian visitors in the total number of annual visitors in the first and second quarters. There were 691,000 visitors from Russia in the first and second quarters of 2019. Therefore, we can assume that the total anticipated annual amount of Russian tourists in the course of 2019 (not taking into account Putin’s ban) is 1,853,122 visitors. Given the quarterly picture, it is clear that 42.02% and 20.66% of the total visits (66.82% in total) take place in the third and fourth quarters, respectively. Therefore, in the second half of the year we should expect 62.86% of the total annual anticipated number of Russian visitors which amounts to 1,161,534 visitors.

In 2018, the Russian visitor spent GEL 1,326 on average in one visit (from arrival until departure). In accordance with the Georgian National Tourism Administration’s information, nearly 32% of Russian visitors took an air route to enter Georgia whilst this figure constitutes 42% for the first five months of 2019. If we assume that in 2019, in the absence of the flight ban, 32% of the visitors would have come by air and that portion of tourists who use air travel could not have been directed to an alternative mode of transport, a total of 371,691 visits will not happen as a result of flight ban which represents a loss of tourism revenues of GEL 492 million which is approximately 1.1% of the estimated GDP in 2019. If the number of visitors who were to take air transport was 42%, the loss of tourism revenues would be nearly GEL 647 million which is 1.4% of the GDP whilst the loss in the number of visitors would be 487,000 persons. Eventually, the loss of tourism revenues will fluctuate within the margins of GEL 492-647 million which constitutes 1.1% - 1.4% of the estimated GDP. Of note is that even in the worst case scenario discussed above, the total revenues from tourism will outperform 2018’s results. It is likely that the tourism sector will not decrease, albeit the growth will be less than expected.

Of necessary note is that, on the one hand, the given figures reflect expected changes in tourism revenues taken separately whilst given the indirect impact, the negative effect of the sanctions can be higher as compared to the loss of tourism revenues only. At the same time, it is possible to assume that the sanctions and the anti-Georgian political campaign launched in Russia will result in a decreased number of both air and land route visitors which will also increase the negative pressure on Georgia’s economy. On the other hand, it is less likely to see a radical scenario – a complete loss of air travellers – being realised. In particular, part of those visitors unable to use direct flights will possibly use alternative routes to come to Georgia which will alleviate the sanctions’ impact. The assumption is based on the information which emerges in the Russian reality and runs counter to the government’s narrative. In particular, the feedback of those Russian nationals who travelled or are currently in Georgia contradicts the assessments and the calls of Russia’s political authorities. Of additional note is that the authoritative international press and high-ranking political figures have demonstrated positions which are supportive to Georgia in light of these recent developments and the Russian sanctions which in turn help Georgia to portray itself as an interesting tourist destination for the rest of the world. In addition, a Facebook page, entitled Spend Your Summer in Georgia, was created which incorporates hundreds of thousands of members from different parts of the globe. In the case of proper information support and efforts from the Government of Georgia, this is a quite good opportunity to attract visitors from a new segment and reduce dependence on Russia in the future.