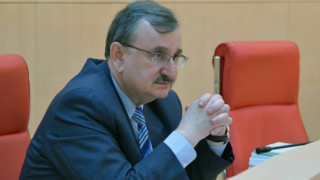 State enterprises are going bankrupt. There was over GEL 1 billion in loss in 2017

Verdict: FactCheck concludes that Roman Gotsiridze’s statement is HALF TRUE.

Resume: The total loss of state enterprises in 2017 amounted to GEL 562 million. The main component in this figure is the imparment loss which is stipulated by the devaluation of assets of certain companies. In particular, as a result of the refusal to continue the bypass railway project, the value of the infrastructure built in 2010-2012 dropped by GEL 383 million. The GEL 250 million loss in the case of Georgian State Electrosystem is also associated with the devaluation of assets (power transmission lines). Without these impairment losses stipulated by asset devaluation, the total profit of state enterprises would have been GEL 71 million.

Therefore, even taking into account the impairment loss, talks about a GEL 1 billion loss are groundless. However, it is completely justified to highlight the economic inefficiency of the state enterprises because the eventual objective of these enterprises should be a maximisation of profit instead of a minimisation of losses. In 2017, only GEL 300,000 was paid[1] to the budget as a dividend by 236 organisations with more than GEL 5 billion in total capital investment.

In the case of the certain aforementioned organisations, the spirit of the MP’s statement is mostly right. Of note is that apart from the possible inefficiency of management, the financial performance of those companies is negatively affected by the political decisions of the Government of Georgia which are economically unjustified but bear social importance. This includes measures to keep tariffs on utilities (for instance, the subsidy for the natural gas tariff). The appropriateness of this policy raises questions but discussing this issue certainly implicates ideological stances in regard to the role of the state. Therefore, FactCheck does not involve itself in this discussion.

United National Movement MP, Roman Gotsiridze, whilst speaking about the financial indicators of state enterprises, stated:“All state enterprises have gone bankrupt. State Electrosystem has losses of hundreds of millions, the gas sector has been completely degraded and decreased instead of being profitable. The same happens with the Georgian Gas Transportation Company, Georgian Oil and Gas Corporation, etc. There was more than GEL 1 billion in loss in the state sector last year.”

Of note is that the National Agency of State Property[4] is responsible for the supervision of organisations with negative performance. The Agency carries out work to abolish, re-organise, privatise or merge companies. As a result of such decisions, the number of state companies under the Agency’s supervision has dropped from 1,315 to 106 in the period of 2009-2017. In 2018, the number of bankrupt enterprises was nine and the number of merged enterprises was ten with two other enterprises being privatised. Of necessary note is that bankruptcy implies a formal application of the legal procedures of bankruptcy against enterprises which were functionless over the years and does not imply the ongoing economic process which all things being equal are usually assumed under the term “bankruptcy.”[5]

In regard to the aggregated financial indicators of state enterprises, total incomes in state companies increased by 10% in 2017 as compared to the previous year. The growth of expenditure exceeds the growth of income and constitutes 12%. Total loss in 2017 was GEL 562.1 million whilst it was GEL 434.7 million in 2016. Therefore, the amount of loss increased by GEL 127.4 million. However, in order to see a full picture when speaking about loss, it is important to elucidate its integral components. In 2017, the amount of loss was largely stipulated by the asset devaluation operation by audit companies. In particular, in the case of Georgian Railways, the KPMG audit company recognised the GEL 382.6 million in constructions[6] in 2010-2012 (bypass railway project) as a wasted asset. There was impairment loss equaling to GEL 250.1 million in Georgian State Electrosystem. If we do not take these figures into account, the net profit of state enterprises in 2017 is GEL 70.6 million which is a better performance by GEL 434.8 million as compared to 2016. In turn, losses in 2016 were largely stipulated by the Marabda-Kartsakhi railway which was under construction, consumed funds but did not generate income. Therefore, talks about a GEL 1 billion loss for state enterprises are groundless. However, highlighting the economic inefficiency of these enterprises is completely justified because the eventual objective of these organisations should be making profit[7] instead of minimising losses. In 2017, only GEL 300,000 was paid to the budget as a dividend by 236 organisations with more than GEL 5 billion in total capital investments. Graph 1 shows the changes in the profit of the organisations named by the MP.

Of note is a specific aspect of Georgian State Electrosystem’s loss. In particular, financial loss (GEL 320 million) in 2017 is largely stipulated by the devaluation of assets (GEL 250 million) of the daughter company, Energotrans LTD. Auditors concluded that it was appropriate to devalue the company’s assets as a result of decreased incomes from transit[8] which in turn was caused by a reduced load on the 400 kilowatt power transmission line. This was not stipulated by intra-organisational factors and was beyond the management’s scope.

[1] This does not include the transfer of assets and other non-financial transfers.

[2] In the enterprises established by the local self-government bodies and the autonomous republics, the state is not indicated as an owner.

[3] This is: 236 enterprises and 50 daughter companies of these organisations tallying up to 286.

[4] The agency is under the Ministry of Economy and Sustainable Development of Georgia.

[5] Formal announcement of bankruptcy of those enterprises which, in fact, went bankrupt in the past.

[6] The loss was recognised in 2017 but chronologically was not incurred in the same year.

[7] With the exception of certain cases, when an enterprise is founded for the efficient execution of functions deemed important by the state.

[8] The present value of an asset is positively correlated with the money flow which will be received after using the asset in the future. An expected decrease in future money flows will result in a devaluation of asset value.