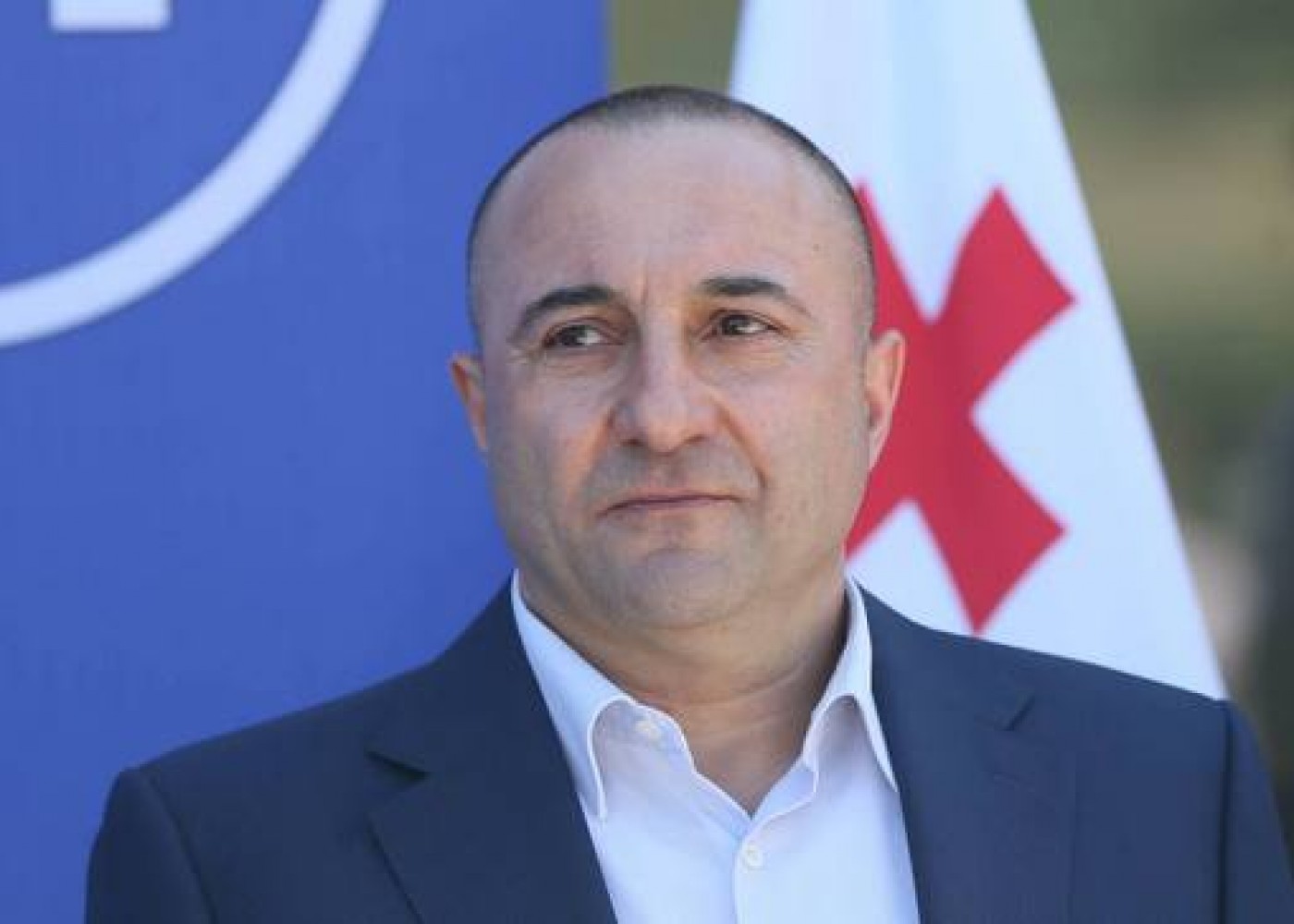 Kakha Okriashvili tries to use the comparison in his statement to illustrate the burden of people’s obligation toward banks. However, Mr Okriashvili’s fact is inaccurate. As of 2017, the total interest rate income of commercial banks reached GEL 2.8 billion whilst their income received from fines and commissions was GEL 446 million which is seven times less as compared to the income received from interest rates.

If we analyse the volumes of the aforementioned loans separately in order to see whether or not their burden upon the population has indeed increased, we will see that the share of overdue as well as negative and inactive loans as a part of the total amount of loans decreased in 2017.

Georgian Dream member, Kakha Okriashvili, MP, in his speech before the Parliament of Georgia spoke about the excessive debt owed by the population to commercial banks and stated that bank income received from fines and commissions was almost equal to bank income from interest rates whilst the total volume of inactive, overdue and negative loans constitutes GEL 1.3 billion.

In accordance with the information of the National Bank of Georgia, the income of commercial banks in Georgia increased annually in the period of 2012-2017 together with the growth of loan portfolios. In the course of these six years, funds generated by commercial banks doubled:  at the beginning of the accounting period their income was GEL 1.7 billion whilst this figure peaked in 2017 and reached GEL 3.6 billion. In the period of 2012-2017, in light of increasing total income, the absolute amount of income received from service commissions and fines as well as from interest rates also grew proportionally and at a constant rate. By the end of 2017, commercial bank interest rate income reached GEL 2.8 billion whilst funds generated from fines and commissions amounted to GEL 446 million which is seven times less as compared to the interest rate income. For each year of the accounting period, the amount of funds received from fines and commissions was at least six times less as compared to the income from interest rates. 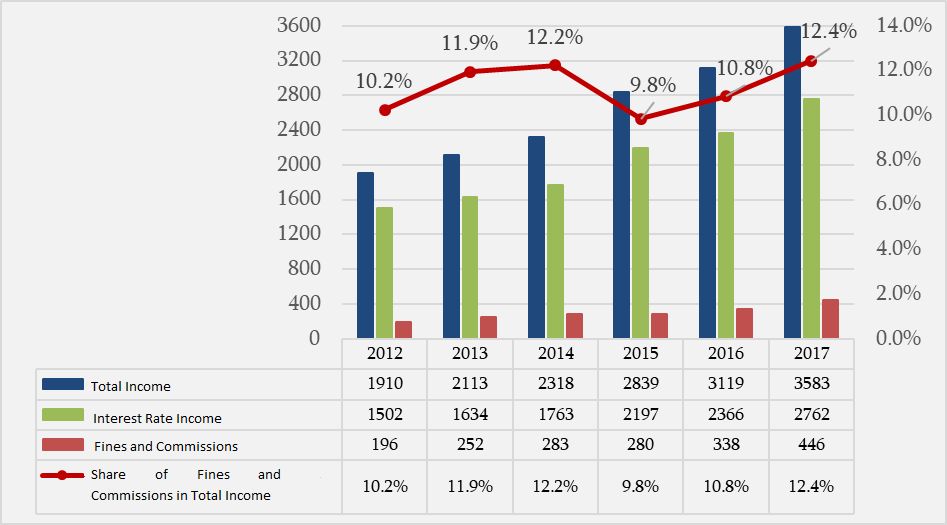 Loan portfolios issued by commercial banks are divided between standard and negative risk categories. In turn, loans with a negative status include inactive loans as one of their components.

The volume of loans issued by banks increased annually in the accounting period. This figure reached GEL 22.3 billion in 2017 which is 2.5 times more as compared to 2012. The share of loans with a negative status in the total loan portfolio was at its lowest in 2017 and equalled 11%. Of importance is that in the last six years, the amount of negative loans decreased for the first time in 2017 and constituted GEL 2.45 billion. Of this amount, the share of inactive loans equals GEL 1.3 billion.

Categorisation of Loan Portfolio in Terms of Risks (GEL million, %)

In his statement, apart from negative and inactive loans, Kakha Okriashvili also speaks about overdue loans. Of consideration is that this type of grouping is not appropriate because loan categorisation in terms of having a negative or inactive status is a part of their classification based on risks and reflects the assessment/expectation of a borrower’s ability to serve his debts within the agreed time period. At the same time, the amount of overdue loans reflects the situation on the ground. An overdue loan is defined as a loan for which the debtor has not made his scheduled payments (or part of the payments) on the principal amount or the interest for more than 30 days after the date of the agreed payment given in the loan documentation.

Trend of Changes in Overdue Loans 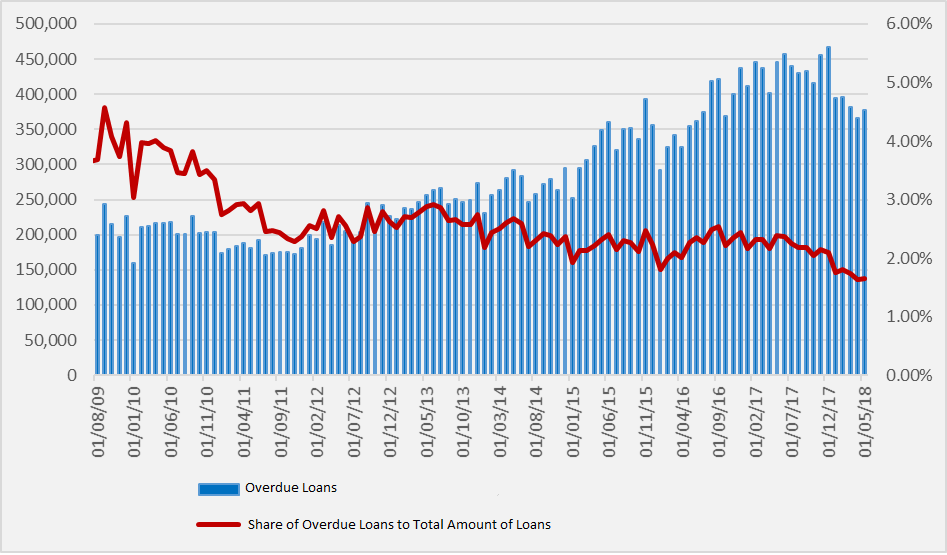