On 3 November 2017, the Minister of Finance, Dimitri Kumsishvili, emphasised the situation in

Views: 2518
Half True
The statement is partly accurate, but the details are missing or some of the issues are without context
Facebook Linkedin Twitter Print
On 3 November 2017, the Minister of Finance, Dimitri Kumsishvili, emphasised the situation in regard to poverty in his talk about Georgia’s economic indicators. Mr Kumsishvili stated:

verified the accuracy of the Minister of Finance’s statement.

According to the absolute poverty figures, 28.9%

of Georgia’s population was below the poverty line in 2012. In the period of 2011-2015, the absolute poverty figures were showing an annual decline. However, the amount of people who lived below the absolute poverty line in 2016 increased by 0.5 of a percentage point (see Graph 1). Of particular note is that the poverty rate is especially high in rural areas. As of 2016, 25.5% of the rural population lives in poverty whilst this figure is 16.9% in urban areas.

The National Statistics Office of Georgia published the preliminary figures of absolute poverty in 2017. The methodology

for calculating absolute poverty is based on the World Bank’s basic needs method. The poverty line is defined by considering a population’s income and expenses corresponding to the minimum subsistence level. 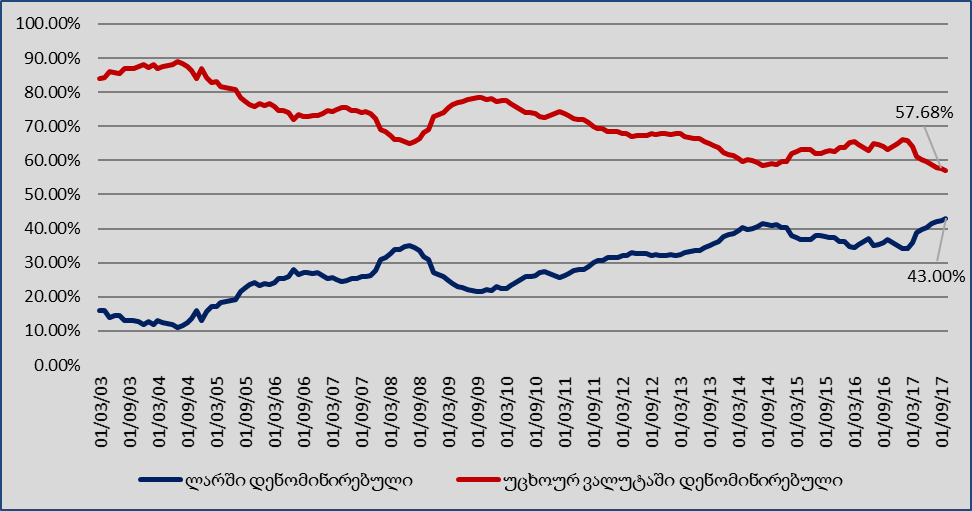 Even though Dimitri Kumsishvili has correctly named the poverty figures and underlined that poverty remains the most important challenge for Georgia, he has ignored the fact that the poverty rate did in fact increase in 2016. Additionally, when the Minister says that 500,000 people no longer live in poverty, he does not consider the universal public census to calculate the absolute poverty numbers. Based on the official statistics (universal public census), the number is approximately 280,000.

FactCheck concludes that Dimitri Kumsishvili’s statement is HALF TRUE.