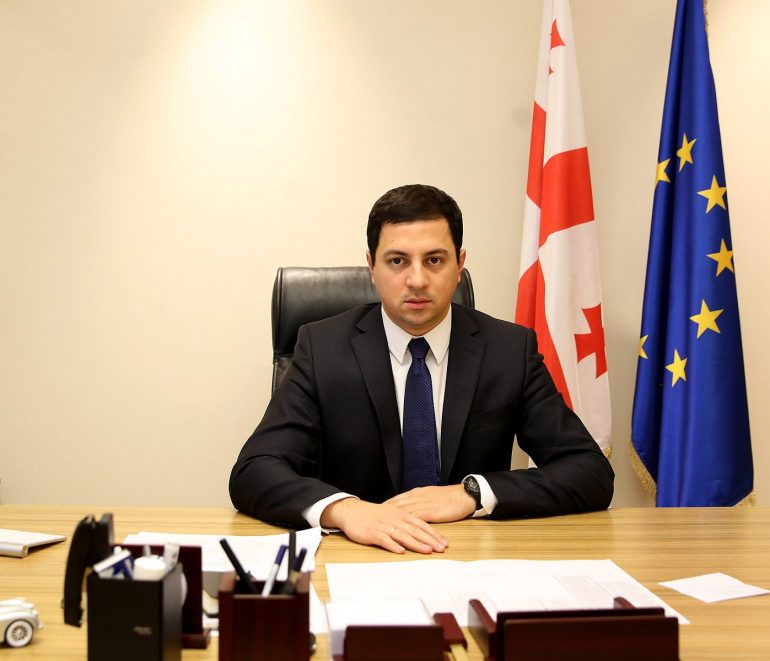 On 21 October 2017, municipal elections were held in a relatively peaceful manner although a new

Mostly False
In the statement is the elements of the truth, but the important facts that could have made other impressions
Facebook Linkedin Twitter Print
On 21 October 2017, municipal elections were held in a relatively peaceful manner although a new and unpleasant trend has been identified in the form of certain elections violations. Specifically, this refers to the activities of party representatives (mostly from the Georgian Dream) at polling stations who recorded people’s voter list numbers on a special form whilst citizens were waiting in line to register to vote. Most of the NGO sector as well as opposition parties

assessed this as an attempt to control the free expression of voter will.

reads: “By identifying the unique voter list number, an electoral subject can compare it to the publicly displayed voter list and obtain the following personal data of the voter:  name, surname, date of birth and place of registration. This can result in personal data going public and also be used for voter intimidation.”

According to the ruling party’s assessment, this activity fully corresponds with the law and its only aim was to monitor voter activity. However, they did not emphasise what kind of decisive influence the knowledge of a voter’s unique registration number had upon the evaluation of voter activity. One of the leaders of the Georgian Dream, Archil Talakvadze, stated the following: “There was a public statement about the registration of voter activity. I want to state directly that this is an organisational activity that every party does. The lists are open and any activist, any interested party can conduct registration both inside and outside of the polling station. This is done to monitor the election process and it fully corresponds with the law.”

Already on the morning of the municipal elections, the Central Election Commission commented upon the facts of identifying/writing down voter registration numbers and said that this was not a violation of the law.

by the Central Election Commission: “Observers and election subjects who enjoy the same rights may move without restriction within the election precinct territory and observe all stages of the polling process from any point in the precinct in a free and unhindered manner. Voter names and surnames in the voter list as well as registration numbers represent public information and not personal data. Accordingly, persons authorised to observe elections are permitted to verify public voter information at any stage of the polling process. Moreover, the Central Election Commission is obliged not to restrict the expression of rights granted by the law to persons authorised to observe elections.”

However, party representatives did not have an answer when asked about the aim of their activities. Moreover, they initially did not even know the extent to which their actions corresponded to the law. Therefore, they were trying to record voter numbers in a comparably modest and unsuspecting manner. However, being encouraged by the statement of the Central Election Commission, they continued to record the unique voter registration numbers of citizens more vigorously and openly in the second half of the day.

It is possible that our readers may have also experienced this without realising what was taking place. However, it is highly likely that most citizens would have noticed observers standing at the registration table with a paper and writing down information. As an illustrative example, we offer the following scenario which occurred at precinct No. 62 in Tbilisi’s Saburtalo district where the author of this article found herself personally involved.

“When I entered the polling station to vote, the registrar took my ID and asked for my registration number. Apart from the registrar, the woman standing next to him, with pen and paper, was also waiting for my answer. Unfortunately, I had to disappoint her because I did not know my unique registration number by heart. In this manner, I also irritated the registrar who thought that looking for my number whilst so many voters were waiting was not a very pleasant thing to do. To simplify his work, he read out my personal ID number in a loud voice to the observer equipped with a tablet and asked her to locate my registration number. In a matter of seconds, the observer, also in a loud voice, read out my personal ID number which was then written down by both the registrar and the woman who was observing the elections on behalf of the Georgian Dream. This fact surprised me and so I asked her why she wrote down my voter number. The woman responded that she was tasked to register such data and she had only recorded my registration number which was not a violation of the law. However, despite my remark that by using my unique voter registration number she could very easily find out additional personal information about me, she responded that she did not have answer but showed me a short text message (sent by an unidentified individual) which informed her that, in accordance with a statement from the Central Election Commission, this was not a violation of the law and, therefore, she could freely continue the process of voter registration.” The Public Defender of Georgia assessed these facts to be the collection of personal data and emphasised the risks of restricting the free expression of voter will. The statement

reads: “These data are personal regardless of the established mode of their availability. Consequently, it is important that such data be collected in accordance with the principles of the law:  in a fair and legal manner, without the violation of the dignity of voters and only for clearly defined legitimate purposes and only in the volume necessary for achieving the relevant legitimate purpose. Collection of personal data on voters may violate the basic principle of elections and must not ban, limit or control the free expression of voter will.”

According to the statement

of the Personal Data Protection Inspector: “An observer has the right to observe the voter registration process in the voter lists. However, at the same time, it is important to prevent the collection of data and their further processing with the aim of pressuring voters or for other illegal objectives.”

In contrast to the Personal Data Protection Inspector and the Central Election Commission, the Georgian Young Lawyers’ Association (GYLA) assessed the monitoring of the table voter lists as a violation of the law. GYLA referred to Article 31 of the Election Code of Georgia which differentiates the public voter lists (which are posted so as to be visible for everyone) and the table voter lists. The table lists, as stated by GYLA, are not public according to the Central Election Commission’s decision

No. 42 and should not be accessible to a third party.

also refers to the Venice Commission’s Code of Good Practice in Electoral Matters (adopted in 2002) which stipulates that the voter lists must be publicised; however, the list of voters who turned out to vote must not be publicised. As stated by Ana Natsvlishvili, in accordance to the constitutionally recognized principle (secret ballot) not only the information about a specific voter’s choice but also a voter’s decision whether to exercise his right and take part in elections should not be disclosed to anyone.

reads: “Such facts and their scale raise serious doubts on whether the political parties are interested in not merely estimating the number of visiting voters, but also to reveal the identity of those voters, for inflicting control over their will; specifically, through identifying the absent voters (to, allegedly, later mobilize them to vote).”

It is not excluded that compilation of separate voters’ list was not intended for mobilization of the voters for the first round of elections only and largely aimed to properly prepare for the second round. This is because the aforementioned lists would enable the party to identify who did not show up at elections and whose involvement and mobilization could play a decisive role in the second round.

At the polling day, observer/political party representative can freely move within the election precinct territory and observe the polling process from any point in the precinct in a free and unhindered manner. However, there is a no indication in the law, to what extent does the compilation of alternative lists and therefore processing the personal data of the voters’ personal information falls within an observer’s authority and within the boundaries of his freedom to observe.

Of note is that the Election Code of Georgia differentiates two kinds of voters’ lists. There are public lists which are equally accessible for any interested party and table lists, which is not public and only the precinct members have access to it. Therefore, it is less likely that control of table lists and moreover, conducting a parallel procedure of voter registration by an observer fully corresponds to the law.

Of additional note is that in contrast to public voters’ lists, identification the voter’s unique number gives a possibility to process the personal information of a voter. In this case, processing of personal data does not have a specific legitimate goal and that gives rise to grounded suspicion of its possible use to pressure the voters. This might significantly affect the freedom of expression of will and behaviour of the voter. Therefore, it is of paramount importance that respective agencies do not encourage this action and take necessary measures to prevent the bad practice of political parties to register the voters and controlling their will.