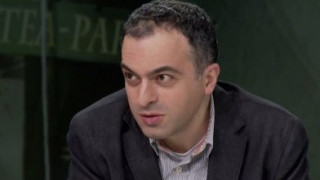 Just like the rest of the world, Russia probably does not know what to expect from the Trump administration either.

Just like the rest of the world, Russia probably does not know what to expect from the Trump administration either. Despite the fact that the State Duma greeted the election of the American billionaire with huge applause, President Putin’s comment was quite reserved which made it clear that he does not harbour illusions about the Trump presidency – not yet, at least.

Donald Trump was clearly as much of an unexpected outcome for Russia as it was for the rest of the world and if they supported Trump during the pre-election period it was only because they were expecting Hillary’s victory and were getting ready to once again denounce the much-hated United States – saying that everything happened just as Trump was predicting, that the elections were rigged, that the American people were deprived of their choice, that elections are rigged everywhere, democracy is actually one big sham and so on.

However, even if the United States goes back to an active foreign policy involvement in the hands of Donald Trump, Russia still has a couple of months before the transfer of power in Washington is completed and the new President finalises putting together his administration. This is further complemented by a couple of successes that the Kremlin has recently achieved; namely, the victory of pro-Russian candidates in the presidential elections in Bulgaria and Moldova. Despite the fact that the role of the president in both of these countries is rather limited, the West should still be concerned about these events. This indicates, at the very least, that the Kremlin’s propaganda towards the populations of these countries has been effective.

Given all of this, it was surprising, although quite logical, that the Ministry of Foreign Affairs of the Russian Federation made a statement whose content and style emerged as quite shocking for everyone: the Russian language must be given a special legal status in the near abroad.

It has been a very long time since the Government of the Russian Federation used the term “near abroad.” The international community believed that Russia, in using this term, was underlying its claims vis-à-vis the post-Soviet bloc (the term “near abroad” concerns the post-Soviet area, specifically) and, thus, put pressure on Russia to force it from using this term. Now, when the events in Moldova and Bulgaria have already unfolded and at the time when the United States can barely find any time to care about anything but itself, this term has once again appeared.

However, more alarming, of course, is the content of the aforementioned statement – Russia wants to pressure its former satellite countries to grant special status to the Russian language. The Russian statement was also directly pointed at Latvia and Estonia (NATO member states). These countries are home to large Russian-speaking minorities which they have failed to integrate into their societies since independence, thereby making the problem even more serious – alienating minorities instead of integrating them. Now, these minorities are most probably looking at the Great Putin, who has already given lessons to Georgia and Ukraine, hoping that he will one day turn to the Baltics as well.

According to the statement, apart from the Baltic States, the situation is far from satisfactory in Georgia and Ukraine as well. Saying this about Ukraine is a clear impudence as almost everyone in the country speaks Russian; however, the Kremlin wants the Russian language to have a legal status equal to that of the Ukrainian language which will mean that Ukrainian will not have a chance to supersede Russian. As for Georgia, one of the especially emphasised lines from the statement that “the youth no longer speaks Russian” is most likely a specific reference to us. Russia could not have missed the fact that the Kremlin’s propaganda in Georgia mostly affects older people whilst its influence on the young is almost zero, partly because of the fact that only a small portion of young people in Georgia speak Russian.

Making such a statement marks yet another attempt to intervene into the domestic politics of the countries of the “near abroad” which goes even further than Russia’s stated objective of “protecting its citizens wherever they may be.” Such pretences appeared a very long time ago and still remain part of official documents of the Russian Federation, including its National Security Strategy. The Kremlin’s distribution of Russian passports in Abkhazia and the Tskhinvali region was alarming precisely for this reason.

However, the Kremlin’s manipulations aiming at intervening (including the use of military forces) in the domestic affairs of other countries did not start with the distribution of Russian passports in Georgian regions. Beginning from the 18th century, Russia was eyeing Turkish territories for a long time which included Istanbul as well as the straits of the Bosporus and the Dardanelles which were gateways to the Black Sea. Of course, laying claim to these territories was no easy task and so instead of doing so directly, Russia was supporting the Orthodox Christians (including Bulgarians) of the Ottoman Empire whilst at the same time portraying itself as a defender of Orthodox Christians in the world.

Russia fought several wars with Turkey upon the pretence of defending Orthodox Christians; however, it still failed to gain control of the straits it was aiming for as England and France prevented it from doing so. They also stopped the Emperor of Russia from getting the title of the Protector of the Orthodox Christians living in the Ottoman Empire (the Emperor of Russia, Nicholas I, once demanded such a title from the Sultan of the Ottoman Empire).

After the Bolshevik Revolution, Russia acquired an even better weapon for spreading its influence abroad – Communism. In addition to this, Communist parties springing up almost everywhere in the world were serving as the Kremlin’s agents. In the near abroad, however, the Communist parties were intervening directly in the domestic affairs of others. In 1921, Georgian Communists invited the Red Army in order “to protect the working classes.” It should be pointed out that the Georgian republic banned the Communist Party at first, legalising it only in 1920 upon the request from Russia in return for which Russia recognised the independence of Georgia.

After the collapse of the Soviet Union and a complete bankruptcy of Communist ideology, Russia experienced a sort of ideological vacuum. However, from the second part of the 2000's, the Kremlin’s controlled media started a massive propaganda campaign at the request of President Putin, aiming not so much at praising the Kremlin itself but demonising the West instead.

Russia might not be perfect, but neither is the West – as we can see, this main Russian propaganda message has already managed to achieve its desired results in some countries. At the same time, however, Russian propaganda is hard pressed to contest the local media in the West. On the other hand, its influence is overwhelming in those countries where the populations speak Russian and, ideally, no other foreign language. Several post-Soviet republics perfectly fit this description. The work of the Russian media is also easier here because the local media is usually much less qualified with the population preferring to get its information from Russian TV channels and with all of the subsequent consequences.

This is the reason for Russia’s wanting the Russian language to be a granted special status in the post-Soviet space. It is hard to say what specific actions the Government of the Russian Federation will undertake in order to back this statement. It is a fact, however, that this statement will result in the mobilisation of Russian-speaking minorities in Latvia and Estonia. At the same time, the Kremlin will probably try to convince Donald Trump to withdraw American troops stationed in these countries under the NATO mandate.

In Georgia, the organisations funded by the Russian Federation, which have been actively springing up for the last few years, will probably become even more active. They will demand that both the Russian as well as Georgian governments do everything they can to guarantee that Georgians do not forget the Russian language. Parallel to this, Moscow will probably put pressure on the Government of Georgia to this end.