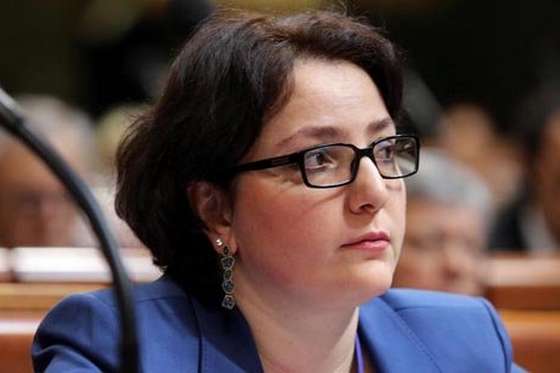 “In the years 2005 and 2006, the owners of Rustavi 2 and TV station Mze were continuously changing and in both cases they [the owners] were the same.”

On 6 September, Tina Khidasheli, Chair of a Temporary Parliamentary Investigative Commission Studying the Activities of the Georgian National Communication Commission, presented a report of the Commission to the Parliament of Georgia. In her speech Khidasheli named three TV stations – Rustavi 2, Mze and Sakartvelo – discussed the distribution of shares in their charter capital and asserted that a detailed financial scheme of Rustavi 2 and Sakartvelo would be examined in the next report of the Investigative Commission. She brought a specific example as well:  “In the years 2005 and 2006, the owners of Rustavi 2 and TV station Mze were continuously changing and in both cases they [the owners] were the same... Article 60 of the Law on Broadcasting clearly prohibits the ownership of more than one terrestrial frequency, be it a physical or a legal entity.”

set out to examine if the owners of TV stations Mze and Rustavi 2 had been distributing shares among themselves in the years 2005 and 2006, to what extent this action was linked to SaqCementi Ltd and whether or not the aforementioned violated the Law on Broadcasting.

As reported by the Public Registry, Saktsementi Ltd was founded in 2004 (current name – Heidelberg Cement). As of September 2005, its share in the charter capital of TV company Mze amounted to 93%.

The Public Registry also reports about the changes made into the registration records of TV company Mze dated, the same as previously stated, on 6 January 2006. These changes were equally related to the alienation of shares:  Saktsementi Ltd alienated 78% from its shares in TV company Mze to Kibar Khalvashi and, consequently, the distribution of shares in the charter capital was modified in the following manner:

The changes into the registration records were introduced based on the protocol prepared at the meeting of the founders and partners of the TV companies. In both cases the protocol was dated on 26 December 2005.

In her statement Tina Khidasheli also points to the violation of Article 60 of the Law on Broadcasting. The Law on Broadcasting came into force on 23 December 2004 and its Article 60 has seen no amendments since then. The indicated Article states:  “A person/legal entity may possess independently or with an interdependent person/legal entity no more than one terrestrial broadcasting licence for television and one for radio in any one service area.” Interdependence is defined in the Law on Broadcasting as follows:  “One person exercises interdependence (control over) with another, if the first directly or indirectly owns stocks or shares in the capital of the second person, or is an official of this person, or if the second person, together with any shareholder, partner or official, performs remunerated services for the first person; or one broadcaster provides broadcasting via another broadcaster.” In this particular case, Kibar Khalvashi  and Saktsementi Ltd were simultaneously holding sizeable shares in the charter capitals of Rustavi 2 and Mze and this, as it follows from the aforementioned definition, represents an infringement of Article 60 of the Law on Broadcasting.

Aiming to shed more light on this matter, we contacted Tamar Khukhunaishvili, Leading Specialist of the Legal Department at the Georgian National Communication Commission, and asked for a clarification of Article 60 of the Law. As explained by Khukhunaishvili, in the case of holding total or a part of the shares in the charter capital of a TV company, an entity (physical or legal) is prohibited from being in the possession of (total or partial) shares at another TV company.

According to the information of the Public Registry, on 6 January 2006 changes were made in the registration records of TV station Mze according to which Kibar Khalvashi, holding 60 % of the shares in the charter capital of Rustavi 2, alienated 22% to Saktsementi Ltd. At the same time Saktsementi alienated 78% from its 93% of the charter capital shares at the TV channel Mze to Kibar Khalvashi. Indicated changes have been made based on the protocols of the meetings held on 26 December 2005 between the founders and partners of Rustavi 2 and Mze.

Consequently, we conclude that Tina Khidasheli’s statement, claiming that in the years 2005 and 2006 the owners of Rustavi 2 and TV station Mze were continuously changing, those owners being same in both cases and thus violating Article 60 of the Law on Broadcasting, is TRUE.