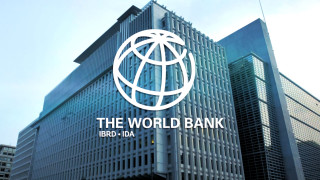 The outlook for Georgia has also been cut. According to the report, Georgia’s economy will grow by 4% in 2023 instead of the previously expected 5.5%. The 5% economic growth outlook for 2024 remains unchanged. 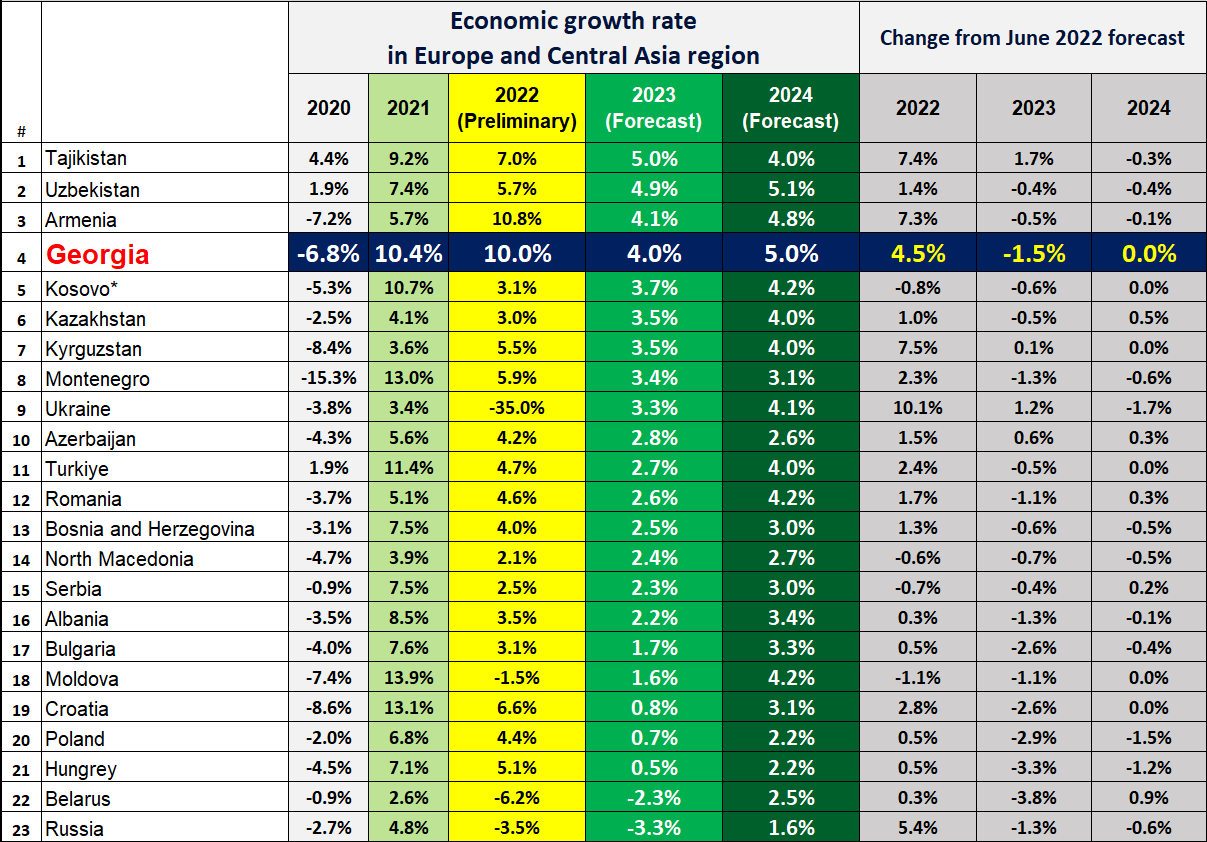 If we consider Georgia’s neighbour countries only, adding Ukraine and Belarus, Armenia will be a top-performer given its 4.1% projected economic growth and Russia will again be an outsider with -3.3%.

Despite the world economic growth rate slowing down, the claim that the sanctions have harmed the West more as compared to Russia remains false. The world economy increased by 2.9% in 2022 according to preliminary data and a 1.7% growth is expected in 2023 whilst Russia’s economy decreased by 3.5% in 2022 and experts anticipate a -3.3% economic decline in 2023 as well.

Russia’s war against Ukraine, which is unprecedented in scale on the European continent since 1945, affects the whole world; most particularly, the immediate region. Ukraine’s economic growth outlook is 3.3% and 4.1% in 2023 and 2024, respectively. If we assume that the growth rate will be kept at 4.1% in the future as well, Ukraine will manage to restore its 2021 positions in 2033. If Russia keeps its 1.6% economic growth of 2024, it will restore its pre-war positions in 2028 whilst Belarus will do the same in 2027.

Georgia was also affected by Russia’s war. The country did not join the sanctions openly, although it had to adhere to certain measures: VISA and MasterCard banks cards issued in Russia were blocked and VTB Bank had to move most of its portfolio to Liberty Bank and Basis Bank. As of January-November 2022 when other banks recorded nearly GEL 2 billion in profits in total, VTB showed a GEL 73 million loss.

As compared to 2019, the share of Russian visitors in January-November 2022 increased from 19.6% to 23.8% whilst the trade turnover with Russia rose from 11.5% to 13% which would be a growth from USD 1.475 billion to USD 2.206 billion if expressed in monetary value. Imports taken separately increased by 73% from USD 929 million to USD 1.608 billion, including the growth of petroleum products from USD 123 million to USD 562 million. As a result of the sanctions, Russia has to sell its oil at reduced prices which made it more profitable for Georgian importers to purchase it.

Normally, forecasts are not fully accurate in a stable environment and the higher the uncertainty, the higher the probability of the forecasts being wrong. In the few months since the outbreak of Russia’s war against Ukraine, it was estimated that Ukraine’s economy was going to contract by 45% in 2022 whilst the economic decline for Russia and Belarus would be 8.9% and 6.5%, respectively. Estimates for Belarus were almost fully vindicated and the country’s economy decreased by 6.2%. At the expense of rising prices for fuels, Russia’s economy only declined by 3.5%. Ukraine also turned out to be more resilient than expected and its economy dropped by 35% instead of the forecasted 45%.

The difference is striking in the case of Georgia as well. According to its June 2022 report, the World Bank expected a 5.5% economic growth in Georgia whilst the GDP growth rate reached 10% in January-November based on the reports of the National Statistics Office of Georgia. December’s outlook is also similar. The Government of Georgia expects a 5% growth in 2023 and the budget was drafted with a 5% economic growth outlook. The National Bank of Georgia is more sceptical and forecasts a 4% economic growth (with pessimistic 2% and optimistic 6% options).

The economic growth rate for Georgia in 2023-2024 or for any other of the aforementioned countries is currently largely dependent on factors stemming from Russia’s invasion of Ukraine and the response measures. Therefore, the available outlooks are less reliable and should be taken with a bigger grain of salt than in other circumstances. At the same time, of necessary note is that miscalculations are possible both in positive and negative directions whilst their scale and direction remain largely hinged on how the ongoing war will unfold.