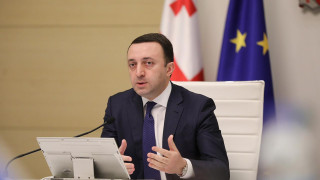 “We have double-digit economic growth for two consecutive years.”

Verdict: FactCheck concludes that Irakli Gharibashvili’s statement is HALF TRUE

Verdict: FactCheck concludes that Irakli Gharibashvili’s statement is HALF TRUE.

Government officials often speak about double-digit economic growth. For 2021, the economic growth rate was 10.5% whilst the economy will grow by 10% according to the latest estimates for 2022. In October 2022, the real gross domestic product (GDP) growth was 8.3% as compared to the same period of the previous year and the average growth rate for the first ten months of 2022 is 10.0%.

The 2022 economic growth significantly exceeds initial estimates and is one of the highest in the world. In addition, statistics are favourable vis-à-vis a number of fields such as foreign trade, travel and investments. In regard to the economic growth rate in 2021, the base effect was indisputably the important factor. In 2020, the real economy shrank by 6.8% which led to higher economic growth figures in 2021 in light of relaxed restrictions and the recovery of the slackened aggregate demand. In sum, Georgia’s economy grew by 2.9% in 2021 as compared to the pre-pandemic 2019.

Therefore, FactCheck concludes that Irakli Gharibashvili’s statement is HALF TRUE because it is partially accurate but lacks an important context which is needed to see the full picture.

The Prime Minister of Georgia, Irakli Gharibashvili, stated: “We will adjust this year’s economic growth forecast and instead of 8.5% it will be 10%. This means that we are having a double-digit economic growth for two consecutive years.”

Government officials are often talking about the high economic growth in the course of the last two years. According to the latest data of the National Statistics Office of Georgia, real gross domestic product (GDP) growth in October 2022 was 8.3% as compared to the same period of the previous year based on preliminary estimates whilst the average growth rate for the first ten months of 2022 is 10.0%.

In 2021, Georgia’s real gross domestic product increased by 10.5% and GDP growth will be 10% for 2022 in accordance with the government’s most recent forecasts. According to the main macroeconomic parameters of the Georgian budget, the initial basic estimate for real GDP growth in 2022 was 6%. However, various assessments indicate that the real GDP growth estimates have sharply increased as compared to those at the beginning of the year and those made in the wake of Russia’s invasion of Ukraine. In this regard, the 2022 economic growth rate indeed shows a positive trend. According to the forecast of the International Monetary Fund, Georgia will be among the top performers in 2022 in terms of economic growth rate and will rank 8th in the world. There are positive trends in a number of economic fields, including tourism, foreign trade and foreign direct investments. However, of necessary note is that double-digit inflation remains a critical problem.

At the same time, the high economic growth rate in 2021 is largely attributable to the base effect. In 2020, the real economy shrank by 6.8% in light of extremely tight regulations which led to higher economic growth figures in 2021 in light of relaxed restrictions and the recovery of the slackened aggregate demand. This economic growth effect which took place in 2021 is often referred to in Georgia’s political or expert community as the “spring effect.” In sum, Georgia’s economy grew by 2.9% in 2021 as compared to the pre-pandemic 2019 whilst the economy will grow by 13.2% as compared to 2019 according to the government’s forecast.