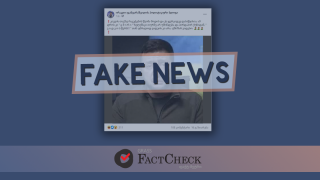 President Zelenskyy’s photograph is being disseminated in social networks. According to the description of the Facebook publications, Zelenskyy is terrified because of Russia’s attacks in Ukraine which is reflected in the photographs in the publications. These publications read as follows: “He has been sour-faced since the explosion of the Crimea Bridge… Are you going to beat me, daddy?” and “Missiles are raining down on Kyiv and this is only the beginning and at the same time, ‘h e r o’ Zelenskyy is ostensibly unafraid and records a ‘v i d e o’ right in the street. And it is not just a video but a fearless video.” It is visible to the naked eye that photographs of President Zelenskyy attached to the publications are in fact doctored. 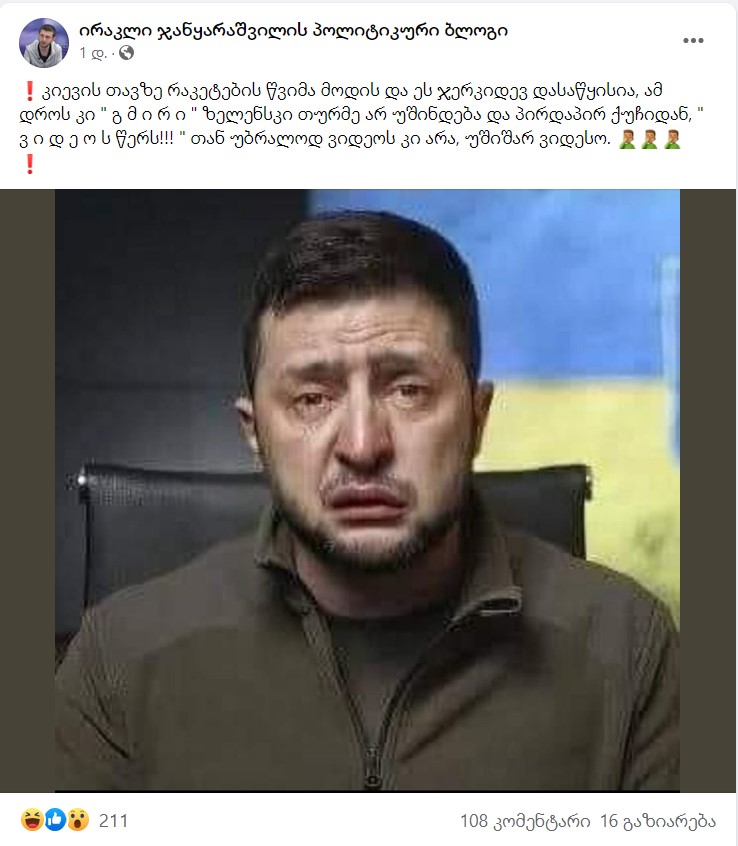 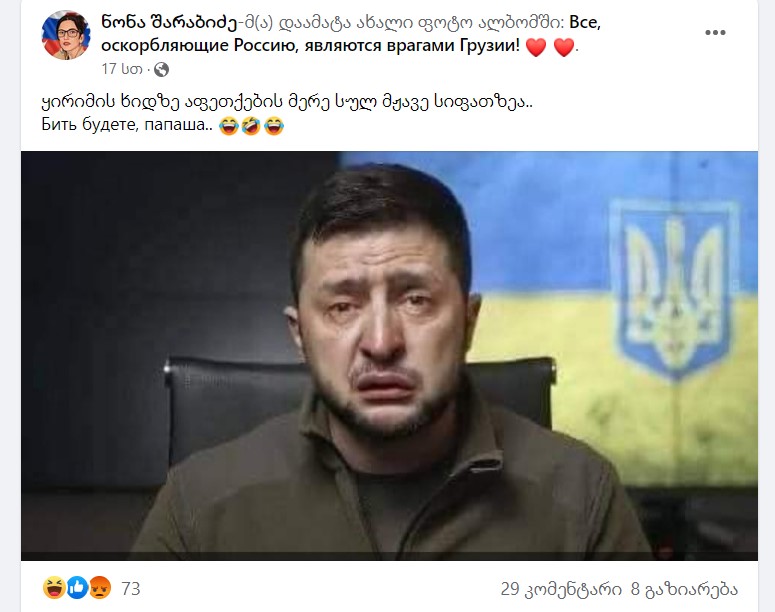 In reality, the photograph in the publications is clipped from his 3 April 2022 video address. In a ten-minute long address, the President speaks about Ukrainian fighters who restored control in some areas of the Kyiv and Chernihiv districts and expresses his gratitude to the Ukrainian troops. 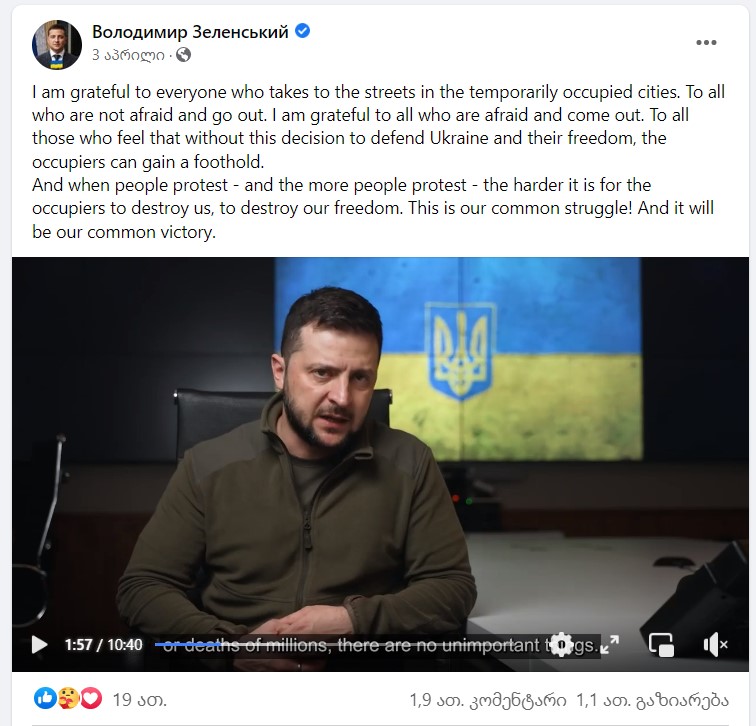 In regard to Russia’s missile strikes against Kyiv and other cities carried out on 10 October 2022, which claimed 19 lives and injured 105 according to Ukraine’s State Emergency Service, Volodymyr Zelenskyy also responded to that with a video address circulated in social networks. 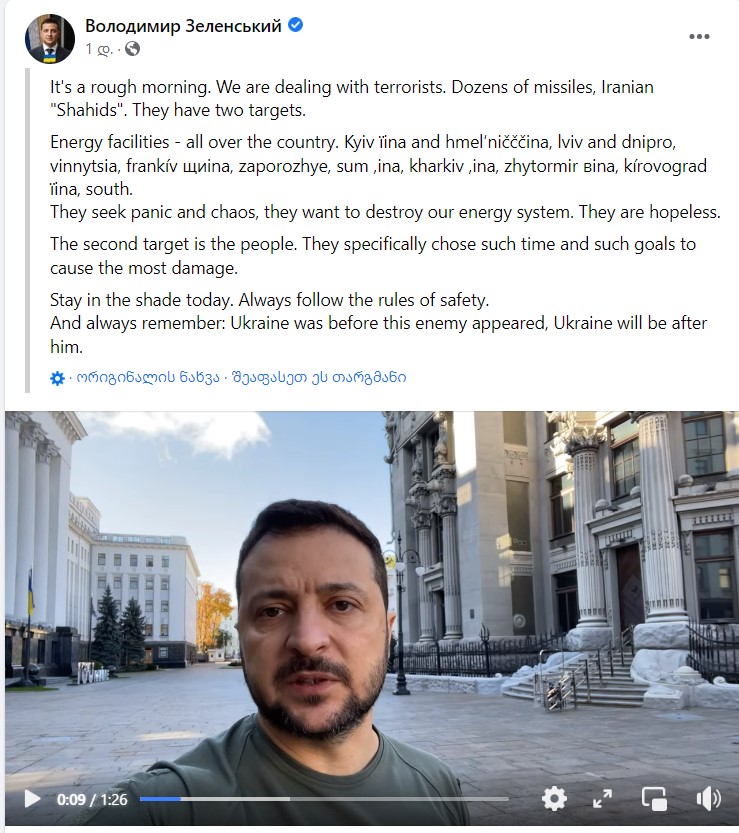 In his address, the President of Ukraine stated that Ukraine deals with terrorists who have two targets – energy facilities and Ukrainian people. He also called on the population to observe the rules of safety.

President Zelenskyy also declared: “Today’s morning is hard. We are dealing with terrorists. Dozens of missiles, Iranian Shaheeds. They have two targets. Energy facilities across the entire country. The Kyiv district and the Khmelnytsky district, Lviv and Dnipro, Vinnitsa, Ivano-Frankivsk, Zaporizhzhia, the Sumy district, the Kharkiv district, the Zhytomyr district, the Kirovograd district and Ukraine’s south. They want panic and chaos. They want to destroy our energy system. They are incurable.

The second target is people. They deliberately selected timing and targets to inflict as much damage as possible, but we are Ukrainians. We help each other. We believe in ourselves. We will rebuild everything that was destroyed.

Why exactly such strikes? The enemy wants us to be afraid. It wants our people to run away. But we can only move forward and that is what we are demonstrating on the battlefield. This will continue the same way. Currently, our rescuers are working. Our air-defence systems are working. Some 38 air targets have already been shot down.

Please, remain in shelters. Everything will be fine with the help of our troops. Always follow the safety rules and constantly keep in mind: Ukraine existed before this enemy and will exist after it, too.”

Therefore, it is obvious that doctored photograph of President Zelenskyy was disseminated in social networks only to discredit him.