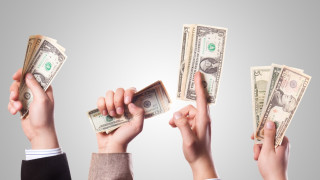 In total, GEL 37.6 Million in Bonuses Were Paid to Government Bodies in 2021

According to the Budget Monitor’s data, the total labour remuneration in government bodies in 2021 was GEL 1.7 billion. Of that amount, the share of bonus pay-outs was GEL 37.6 million

The labour remuneration of individuals employed in public institutions is governed by the Law of Georgia on Remuneration in Public Institutions.

According to this Law, a bonus or a monetary reward can be given to a public servant for excellent and exemplary performance assigned to him/her and/or for the performance of a task of special complexity and importance on the basis of a recommendation from a superior official, by a decision of the head of a relevant public institution, within the limits established by this Law and within the funds envisaged by the respective budget (Article 24).

In regard to the upper limit of bonus pay-outs, the Law states that the total amount of monetary rewards received during the year by a person employed in a public institution shall not exceed 10% of the annual amount of the official salary for a post/position held by the person (Article 28).

The bonus expenses for certain ministries in the past three years are as follows: 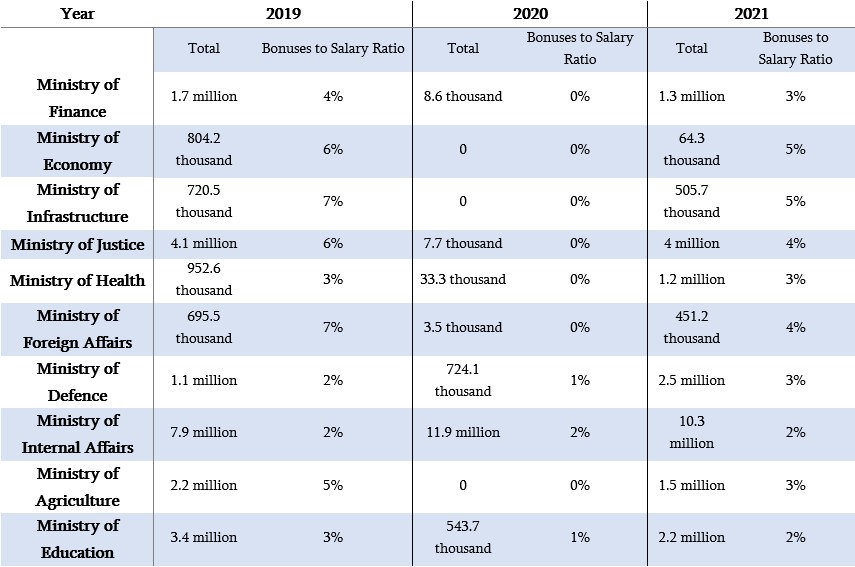