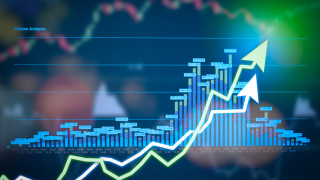 According to the preliminary data of the National Statistics Office of Georgia, the volume of foreign direct investments made in Georgia amounted to USD 351.8 million in the second quarter of 2022

According to the preliminary data of the National Statistics Office of Georgia, the volume of foreign direct investments made in Georgia amounted to USD 351.8 million in the second quarter of 2022 which is 9.1% more as compared to final FDI figure of the second quarter of 2021. According to the data of the first two quarters of 2022, the amount of FDI reached USD 922 million which constitutes a 202% growth as compared to the same period of the previous year. Of interest is that the total FDI for the first two quarters is the highest in the history of independent Georgia except for 2008 when USD 1.1 billion FDI was made in the first two quarters of that year.

Reinvestment is not a negative occurrence if taken separately, although it is indicative of a relatively lower inflow of new investments when reinvestment growth is more as compared to equity capital, something which is bad for a country like Georgia. In absolute figures, the volume of equity capital was higher in 2017-2018. Therefore, it was still more successful in terms of attracting new investments even though the total investments were lower in that period. However, the current statistics are certainly positive given the post-pandemic economic situation and in light of both economic and political problems.

According to the data of the first two quarters of 2022, Spain is the biggest investor country in Georgia (USD 197 million) which is precipitated by the Spanish company FCC Aqualia purchasing 80% of stocks of the Georgia Global Utilities water supply company. Spain is followed by the UK (USD 151 million), Turkey (USD 97 Million) and the Netherlands (USD 67 million). Ireland and Turkey were the leaders in terms of FDI in the pre-pandemic 2019 when investments from these two countries exceeded investments from CIS member states.

Given the economic reality that was shaped as a result of Russia’s invasion of Ukraine followed by growth of migration, tourism and remittances from Russia, it is interesting to analyse the foreign direct investment dynamic from Russia. According to the data of the first two quarters of 2022, FDI from Russia was in fact negative, totalling to USD 11.8 million. Presumably, this was of a technical nature and related to transactions such as debt payment, dividend receipt and selling property owned by residents of Russia to residents of Georgia such as in the Borjomi case, etc. In the last few years, Russia’s share in the total FDI has fluctuated within the margins of 5-7%.

In the first two quarters of 2022, the biggest amount of FDI was registered in the energy (USD 313 million), finance (USD 165 million) and real estate (USD 152 million) sectors. A negative FDI of USD 4.5 million was registered in the communications sector which perhaps is stipulated by a resident of Georgia acquiring ownership of Beeline.