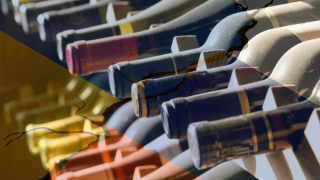 In accordance with the foreign trade portal of the National Statistics Office of Georgia, Georgia’s wine export amounted to USD 99.8 million in January to June 2022

As the data indicate, Russia’s war in Ukraine affected wine export to a certain extent which was reflected in a shrinking wine export. The most considerable drop is in Ukraine’s direction which was understandable and expected. It is likely that the decrease trend will continue in the upcoming months. It is expected that 2022 will end in a substantial decrease in wine export.

To see the full picture of Georgian wine export, let us take a look at wine export statistical data to Russia and Ukraine

FactCheck has underscored multiple times that an increase or a decrease in Georgian wine export depends precisely on the Russian factor. As we know, Russia banned the import of agricultural products (including wine) from Georgia in 2006 with the decree of its Chief Sanitary Officer, Gennady Onishchenko, under the pretext of being a low-quality product. This trade embargo resulted in a significant drop in Georgian wine export. In 2006, Georgian wine export amounted to USD 41 million whilst it almost halved and decreased to USD 29 million early in the next year.

Events unfolding in the aftermath of 20 June 2019 (Russia’s threat on imposing sanctions against Georgian products) highlighted yet again that Russia is an unreliable trade partner because it often uses trade relations with Georgia for political purposes. Therefore, the Russian market is not free from a political context and suffers from instability.

In regard to Georgia’s wine export to Ukraine, recent statistics are as follows:

According to the statistical data, Ukraine’s share in Georgia’s wine export was the highest in 2012 when it reached 38%. Since 2014, wine export to Ukraine has been characterised by stability and is always nearly 10%. As mentioned earlier, there was a significant reduction of wine export to Ukraine in the first six months of this year and its share is now 3.4% of Georgia’s total exports whilst it was 9.9% in the same period of the previous year.

Russia’s war in Ukraine is yet another confirmation that the Government of Georgia should be aiming for a reduction of economic dependence on Russia. Therefore, budget funds should be channelled for finding alternative markets and further awareness raising about the Georgian wines in order to make sure that Russia’s unstable market cannot significantly affect Georgia’s wine export.