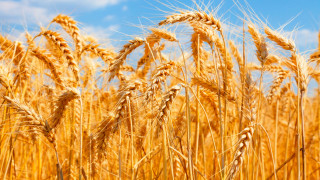 Given the importance of this issue, FactCheck took interest in volumes of wheat and flour imports to Georgia in the first quarter of 2022

A few days ago, the BMG news agency published a comment from Levan Silagava, the Head of the Georgian Wheat and Flour Production Association. Some other news outlets disseminated an excerpt from his comments about the depletion of wheat reserves which caused a certain stir among the public and led to wrong impressions that wheat shortages and, consequently, bread shortages were expected in Georgia.

Later, Levan Silagava issued an additional clarification, saying: “There are enough flour reserves in the country and flour import continues unimpeded. Reserves are stored in bread factories (the government carries out monitoring over flour reserves). Milling plants in Georgia ceased to function because wheat import and flour import are carried out in different modes and, therefore, the work of milling plants makes no sense economically. Therefore, milling plants do not supply flour to bread factories.”

The Ministry of Environmental Protection and Agriculture also released a statement about this issue: “Wheat import in the country was largely replaced by flout import. In light of cheap flour reserves, wheat import and wheat reserves have decreased automatically. There is no reason to have a wheat flour shortage in the country. Currently, our reserves are more than enough, although these are flour reserves and not wheat reserves.”

Given the importance of this issue, FactCheck took interest in volumes of wheat and flour imports to Georgia in the first quarter of 2022.

In sum, we may conclude that wheat import halved in the first quarter of 2022 as compared to the same period of the previous year based on information provided by the National Statistics Office of Georgia. However, there are enough flour reserves in Georgia as reported by official sources and, therefore, shrinking wheat shortages will not affect bread production. However, this hinders the functioning of milling plants where some of them have come to a stop.

It was reported that Russia has imposed a floating customs mechanism for wheat export since September 2021 which made the import of wheat unprofitable for wheat importers because local flour cannot compete with the imported flour because of price given the zero customs levy on wheat import. This caused some of the local milling plants to stop operation.

Levan Silagava, Head of the Georgian Wheat and Flour Production Association, stated in his interview with FactCheck that there is regular communication with the relevant ministries (Ministry of Environmental Protection and Agriculture together with the Ministry of Economy and Sustainable Development) and a number of mechanisms have been suggested in order to save local production. Mr Silagava, in particular, stated: “The Prime Minister stated at the session of the government that in 1.5 months, we will be able to harvest the new local wheat yield and it will take nearly two months to process it. Since we keep our staff hired, we should know what will happen after that period – will wheat import resume or does flour import continue? We need a predictable environment to make plans for our production.”

From our side, FactCheck would like to add that since wheat is a strategically important staple product for Georgia and the country’s food policy, as claimed by the Minister himself who envisions the expansion of the production of locally farmed wheat, special importance is attached to the work of milling plants.

Therefore, FactCheck hopes that some solution for this situation can be found and milling plants will not have to stop production.