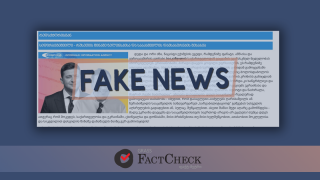 On 5 May 2022, the pro-Russian outlet Saqinform published Arno Khidirbegishvili’s article, entitled “Khidirbegishvili: On the Merits of Saakashvili and Zelensky before Russia.” The article contains numerous pieces of disinformation and Russian propaganda messages.

Disinformation N1: Zelensky was not complying with the Minsk agreements for eight years and made Russia start the war.

Russia has been manipulating the Minsk agreements for years in order to lend credibility to its narrative that Ukraine does not fulfil its obligations whilst Russia is forced to wage war.

The OSCE, Ukraine and Russia had talks in September 2014 with the mediation of Germany and France in order to end the war in the Donbas region. As a result of these negotiations, the parties signed the 12-point Minsk Protocol on 5 September 2014. The Minsk Protocol failed to ensure the end of the war in Ukraine’s east. As a result of subsequent negotiations, the Minsk II, another ceasefire deal, was signed on 12 February 2015. The Minsk Protocol and the Minsk II are mutually complementary documents.

With the Minsk Protocol and the Minsk II documents, both Ukraine and Russia are obligated to fulfil the points of the deal. However, Russia denies being a conflict party and considers that only Ukraine should fulfil obligations envisioned by the documents. In fact, the texts of these documents contain parts which confirm that Russia is a party of the conflict in Ukraine (see FactCheck’s article for more details).

Although neither Ukraine nor Russia has fulfilled the main elements of the Minsk agreements, the reason behind is the issue of granting special status to the Donbas region. The agreements presumably envision Ukraine’s constitutional restructuration which has to be implemented through “consultation and consent” with the leaders of the Donetsk and the Luhansk self-proclaimed republics. In addition, the issue of who will conduct the elections in Donbas and what territory will be covered by the special status is vague.

At the same time, Russia does not comply with the obligation of the Minsk agreements to withdraw troops from Ukraine’s territory. As claimed by Russia, the reason is that Moscow is not a conflict party and, therefore, is not supposed to fulfil the obligations in the Minsk agreements. In fact, Russia is a conflict party and a signatory of the Minsk agreements, similar to Ukraine. Points 10 in both the Minsk Protocol and the Minsk II contain the obligation of the removal of foreign armed formations, including mercenaries from Ukraine’s territory as well as the disarmament of all illegal groups. With signing this point in the agreement, Russia agrees to the withdrawal of all foreign armed formations and military equipment from within Ukraine’s internationally recognised borders.

In addition, the claim that Ukraine instigated the war by not complying with the Minsk agreements and refusing dialogue with Russia is also false. The only culprit for waging the war is Russia which violated the internationally recognised border of sovereign Ukraine.

In fact, Russia repeatedly disregarded every of Ukraine’s attempt and call to find a diplomatic solution for the escalation. Prior to launching its full-scale invasion of Ukraine without a real pretext, Russia amassed 200,000 troops near Ukraine’s border and threatened the country with “military-technical” means which can be assessed as a threat to use force. This, in turn, constitutes a grave violation of international law.

The process started as early as spring 2021 when Russia deployed tens of thousands of troops near Ukraine’s borders in response to (as claimed by Moscow) “threats coming from NATO.” Afterwards, Russia claimed it withdrew some of its units. However, President Zelensky stated that Russia removed only a fraction of its troops and left massive forces near Ukraine’s borders. Since November 2021, Russia started to deploy additional forces to Ukraine’s borders which became irreversible. On 16 February 2022, Russia stated it was starting to withdraw some of its forces although this did not happen.

Volodymyr Zelensky has suggested meeting and having talks with Vladimir Putin multiple times during the crisis – first in April 2021 and later in January 2022 where the Ukrainian president was offering to meet his Russian counterpart in any format but not in Sochi. A few days before Russia’s full-swing attack, Zelensky also offered to meet Putin in his speech delivered at the Munich Security Conference, although Russia did not agree to Zelensky’s calls for meetings and talks.

The US, France, the UK, Germany and other countries (leaders of state/government or ministers of foreign affairs) also held talks on Ukraine with Russia, albeit to no avail. In a blatant breach of the fundamental tenets of international law, Russia attacked Ukraine. In addition, Zelensky has never threatened to attack Russia or the occupied Donetsk and Luhansk districts. He was only speaking about Ukraine’s self-defence in the case of Russia’s attack which is a right to self-defence guaranteed by Article 51 of the UN’s charter and stated that it would pose a grave risk for anyone who would try to occupy Ukraine’s territory.

In his article, Arno Khidirbegishvili also claims that Zelensky willy-nilly cause Europe to “perish” with the anti-Russian sanctions. This claim is also misleading. The only aim of the sanctions imposed against Russia is in response to Russia’s unjustified invasion and aggression against Ukraine. The international reaction to Russia’s aggression is described in this article.

Disinformation N2: Zelensky made Putin a saint in Putin’s own lifetime because it was only the Russian president, after Stalin, who dared to make the whole of Russia stand against Nazism!”

The major narrative of the Kremlin’s anti-Ukraine propaganda is to claim that Ukraine is a Nazi and fascist state which discriminates against its citizens on ethnic grounds and bans them from speaking other languages, except for Ukrainian.

However, the international community rallies firmly behind a consensus that Ukraine has nothing to do with a “Nazi state,” as claimed by Russian propaganda, and this is attested to by numerous high-ranking European and American politicians.

The French President, Emanuel Macron, said that the Kremlin’s messages that the military operation against Ukraine aimed to fight against Nazism and fascism were false allegations. The German Chancellor, Olaf Scholz, also expressed his view on Putin’s assessment on alleged genocide in Donbas and said that these allegations were simply “ridiculous” at the Munich Security Conference in 2022.

The US Secretary of State, Antony Blinken, whose stepfather was a Jewish Holocaust-survivor, stated in his speech before the UN on 17 February 2022 that Russia would create a pretext for the invasion of Ukraine: “Russia may describe this event as ethnic cleansing or a genocide, making a mockery of a concept that we in this chamber do not take lightly, nor do I do take lightly based on my family history.”

Despite robust rhetoric about an ostensible genocide in Ukraine, Russia has failed to prove its allegations. There is no evidence that Ukraine systematically exterminated the peaceful population in Donbas. The OSCE mission which has been deployed in Ukraine since 2014 did not find one fact that would prove the existence of a genocide of the people of Donbas.

There is not a single international document or conclusion of any international organisation that would support Moscow’s allegations that Russian-speakers or ethnic Russians in Eastern Ukraine are being persecuted or suffering a “genocide” committed by the Ukrainian authorities. This is proven by the reports published by the Council of Europe, the UN High Commissioner for Human Rights and the OSCE.

Ukraine has brought a case against Russia at The Hague International Court (the UN’s top judiciary organ) to protest Russia’s pretext of the invasion of Ukraine - that Russia is going to end the genocide in Donbas being committed by Ukraine.

On 16 March 2022, the International Court of Justice (the UN’s chief judiciary body) released a preliminary decision over Ukraine’s case against Russia. The case was about Russia’s false claims about genocide and using these claims to justify its aggression against Ukraine. The court declared: “Under these circumstances, the Court considers that Ukraine has a plausible right not to be subjected to military operations by the Russian Federation for the purpose of preventing and punishing an alleged genocide on the territory of Ukraine.” The ICJ also called for the Russian Federation to “immediately suspend the military operations that it commenced on 24 February 2022 on the territory of Ukraine” and said that “the Russian Federation shall ensure that any military or irregular armed units which may be directed or supported by it, as well as any organisations and persons which may be subject to its control or direction, take no steps in the furtherance of the military operations.”

Together with these claims, the article also says that both Mikheil Saakashvili and Volodymyr Zelensky are the Kremlin’s agents because Saakashvili “almost forcibly handed Abkhazia and Samachablo over to Russia together with the Kodori gorge and hundreds of Georgian villages of Shida Kartli.” This narrative that Saakashvili surrendered Georgian territories to Russia has been actively disseminated for years. This disinformation is the Kremlin’s propaganda which serves to minimise Russia’s responsibility for the August 2008 War.

Russia started its final practical preparations for the 2008 war as early as in the beginning of 2006. In March 2006, Russia started building a military base in the village of Elbakita, near Java. In addition, a tank refuelling station was also built in the Java district in 2006. Of note is that Russian “peacekeeping” forces in the Tskhinvali region did not have tanks. In 2007-2008, Russia added two more bases to its military infrastructure in Georgia. One was built in Ugardanta (near Java) and the second in the north-western part of Tskhinvali. Later, it was the Ugardanta base, where the invading Russian troops who entered Georgia on the first day of war on 7 August 2008 – took temporary positions. The construction of the base was finished in July 2008.

The first days of August 2008 witnessed a regular influx of both Russian regular army units and half-paramilitary groups in the Tskhinvali region which was transformed into a mass invasion by 7 August 2022. After a few days of fighting which resulted in hundreds of deaths, thousands of wounded and tens of thousands of IDPs, Dmitry Medvedev recognised the independence of Abkhazia and South Ossetia on 26 August 2008. These territories still remain under occupation. Russia, using a similar scenario, annexed the Crimean Peninsula and occupied Donbas in 2014 whilst it launched another full-scale military invasion of the territory of sovereign Ukraine in February 2022. 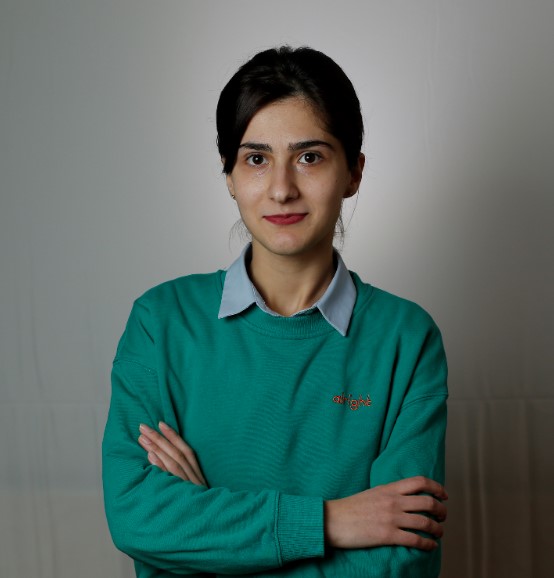