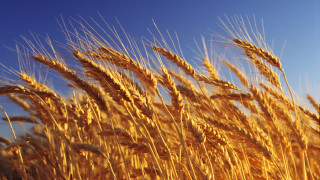 Wheat Shortages Are Not Expected in Georgia

In accordance with data of the National Statistics Office of Georgia, wheat-sown areas in Georgia constituted 47,400 hectares as of 2020 and the yield per hectare was 2.2 tonnes. In the same year, total wheat consumption was 735,000 tonnes and 643,000 tonnes of this amount were for food. Of all consumed wheat, the local production amounted to 102,000 tonnes with 71,000 tonnes as open stock at the beginning of the year and import was 561,000 tonnes. The self-sufficiency ratio was 15%.

It was reported that Russia introduced a quota and custom levy mechanism on cereals amid the pandemic. At the first stage, quotas on cereals were announced at the end of 2020, meaning that no more than 17.7 million tonnes of wheat would be exported from Russia from February to June. In addition, Russia also imposed a customs duty on wheat exported from 15 February 2021 in the amount of USD 25 per one tonne. As early as on 1 March 2021, the customs duty per one tonne of wheat was increased to USD 50 which was further increased to USD 77 from 17 November 2021. This obviously resulted in making Russian wheat more expensive and the price for one tonne of wheat exceeded USD 300.

The aforementioned caused a reduction in the wheat import to Georgia and simultaneously wheat flour import started to grow. In 2021, the total value of flour imported to Georgia was USD 12,020,510 which is 75% (USD 3,062,300) more as compared to the same figure of the previous year.

Russia is a major flour exporter country. As opposed to wheat, there is no export duty imposed on flour export from Russia.

Given the higher prices on wheat, the Government of Georgia started to subsidize the price of flour in December 2020 in order to keep the price of bread the same. This aimed to keep the retail/commercial price of bread unaltered. At the initial stage, the subsidy programme’s lifespan was four months with a GEL 10 million total budget. The amount of the subsidy for one sack of first quality flour was GEL 10 which was later increased to GEL 15 and eventually to GEL 20. As a result of the high prices of wheat on the world marker, the programme was extended to the end of June.

This was the situation prior outbreak of the Russia-Georgia war. In order to understand how the war affected wheat import and whether or not there is sufficient reserves of wheat in the country, FactCheck reached out to Levan Silagava, the Head of the Georgian Wheat and Flour Production Association.

According to Mr Silagava’s information, a country should have a two-months transitional reserve of wheat in line with UN recommendations and which is constantly provisioned by private companies.

He stated: “This is a so-called safety cushion which is a safeguard for food security. The existence of reserves does not mean that they are not replenished until fully depleted. At this stage, wheat prices have increased by nearly 40%. However, the average weighted price is used for production and, therefore, the price of bread is not affected significantly. In regard to the impact of the Russia-Ukraine war, Russia and Ukraine account for 30% of the total world wheat supply and their full disconnection from world markets sparks a problem across the globe. This situation is further aggravated by the fact that wheat exporter countries put the brakes on wheat sales whilst importer countries heightened standards and started to adopt a three-month reserve rule instead of a two-month one. Nevertheless, Georgia will not experience a wheat shortage. The two-month reserve is a food safety safeguard. In addition, this reserve allows us to switch to an alternative market if the import line from Russia is shut down. Currently, Kazakhstan and Romania are under consideration and the government is engaged in talks with the USA.”

According to the Minister of Finance, Georgia’s wheat reserves are sufficient for more than one month. Mr Khutsishvili stated: “If there is a risk that the country needs to import more wheat to underpin food safety, we will make that decision. Currently, Georgia’s wheat resource is enough for over a month but if there is an issue that country’s food safety is in danger, naturally we will take such measures.”

Another pressing issue nowadays is the price of bread. FactCheck interviewed Malkhaz Dolidze, Head of the Bread Producers’ Association, on this topic. According to Mr Dolidze, a price hike on bread is not expected in the next two months. It is true that wheat prices are on the rise but bread plants mostly use Russia-imported flour which is GEL 10-15 cheaper (costs GEL 65-67) as compared to locally produced wheat and bread prices are maintained because of this. Mr Dolidze also informed us that if needed, the Government of Georgia may launch some form of insurance mechanism.