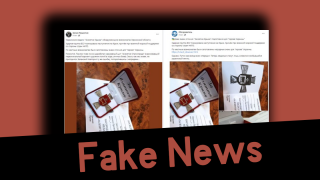 Disinformation: Ukraine planned to take back Crimea by force

Photographs of the Ukrainian medal with the inscription For the Capture of Crimea have been disseminated through Russian social networks (link 1, link 2, link 3, link 4, link 5, link 6, link 7, link 8). The authors of these publications claim that the Ukrainian Armed Forces planned to attack and take over Crime with the support of NATO forces, among other things. The publications say that “as reported by local offices of military conscription, medals were produced for Heroes of Ukraine.” Together with the medals, the photographs also show award certificate which the initials of the President of Ukraine, Volodymyr Zelenskyy, at the bottom of the document. 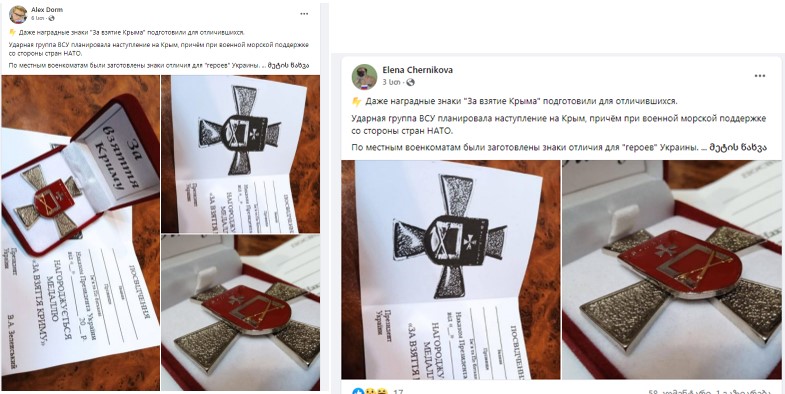 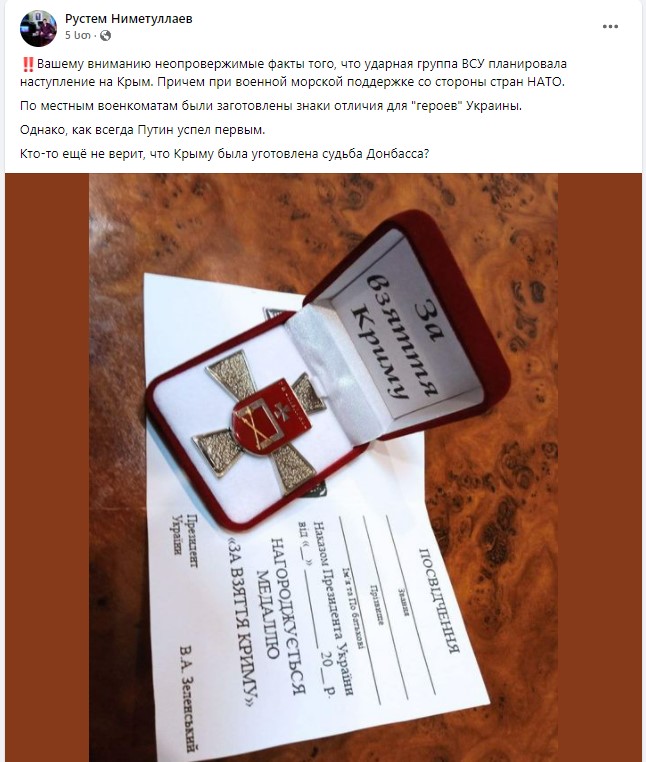 In fact, it is not true that Ukraine was making preparations to attack and capture Crimea by using and medals were made in advance as awards for Ukrainian troops. The photographs of the medals and the certificates published in Russian social networks is fake. 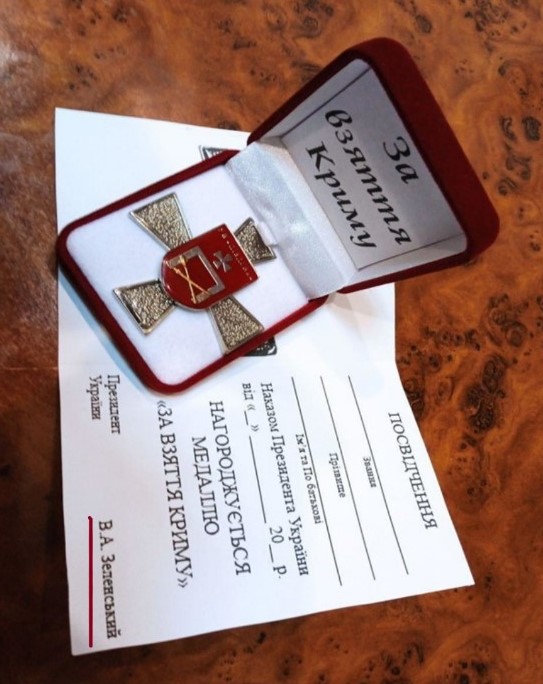 StopFake also responded to this particular piece of fake news. The article says that the forgery of medals and certificates is confirmed by many mistakes in the text of the certificate. As clarified by StopFake, there is no such wording as “Наказ Президента Украины” (Order of the President of Ukraine) but the legally accurate form would be “Указ Президента Украины” (Decree of the President of Ukraine).

Of additional note is that the medal featured in the photos disseminated through social networks cannot be found in the list of Ukraine’s state awards and bears no visual resemblance to any of them.

This example also illustrates that Russia’s disinformation campaign seeks to portray Ukraine as an aggressor and justify Russia’s aggressive actions committed in Ukraine.

Therefore, it is clear that Russia’s disinformation campaign aims to give the impression that Ukraine is an aggressor and seeks to justify Russia’s invasion of a peaceful country on the grounds of a hypothetical “imminent attack” whilst there is no real evidence to corroborate this claim.