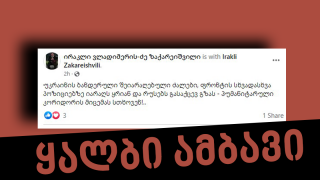 Disinformation: Ukrainian Armed Forces Are Laying Down Arms and Running Away

“Ukraine’s Banderite armed forces are laying down arms at different positions of the frontline and beg Russians to give them a way to escape – a humanitarian corridor.”

In light of the unlawful invasion of Russia’s armed forces in Ukraine, Moscow is also intensifying its information warfare targeting Ukraine. For instance, the Russian media reports disinformation that Ukraine’s military offers no resistance to the Kremlin’s occupier forces. This claim was verified by the Ukrainian fact-checking platform StopFake and FactCheck’s article is based on their content (see StopFake’s another article on this topic).

In fact, Ukraine exercises its right to self-defence, enshrined in Article 51 of the UN Charter, and is resisting the Russian army. Since the very moment of Vladimir Putin’s announcement of war, the Ukrainian armed forces are in full combat readiness and fight to repel the Russian assault. Ukraine’s forces have taken defensive positions. According to the General Staff of the Ukrainian Armed Forces, Ukraine’s military shot down five Russian aircrafts and two helicopters and also destroyed two Russian battle tanks and several military vehicles (according to the updated information, Ukraine reported that sixth Russian aircraft was shot down). According to the current information, Ukraine controls the situation.

President Zelensky’s decision to announce a state of war, his calls to create an anti-Putin coalition and other statements also indicate that Ukraine indeed offers resistance. In addition, President Zelensky also ordered that the invaders should be “inflicted with maximum losses.” Ukraine’s top military brass also reports that they were instructed by the President (and the supreme commander-in-chief) to halt the Russian invasion.

Furthermore, Adviser to the President of Ukraine, Oleksey Arestovich, stated that Ukraine’s military infrastructure had not been seriously damaged. As claimed by Mr Arestovich: “The first assault was unsuccessful” as “there are losses but they did not undermine readiness of Ukraine’s forces.”

These reports indicate that the Ukrainian armed forces have not surrendered and continue to offer resistance to the Russian invading forces. Therefore, information that “Ukraine’s Banderite armed forces are laying down arms at different positions of the frontline and beg Russians to give them a way to escape – a humanitarian corridor” is fake news. This is a narrative of Russian propaganda and one of the hybrid warfare tools.

The Minister of Foreign Affairs of Ukraine, Dmytro Kuleba, denied information about collapse of Ukraine’s defence and added that Ukraine continues to resist.

Note: The information is true at the moment of promoting the disinformation and publication of this article. This may change/update at any moment.