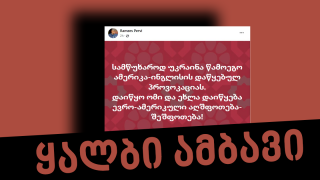 Simultaneously with Russia’s full-blown military aggression against Ukraine, disinformation started to circulate through social networks that Ukraine was tricked by the provocation launched by the West. 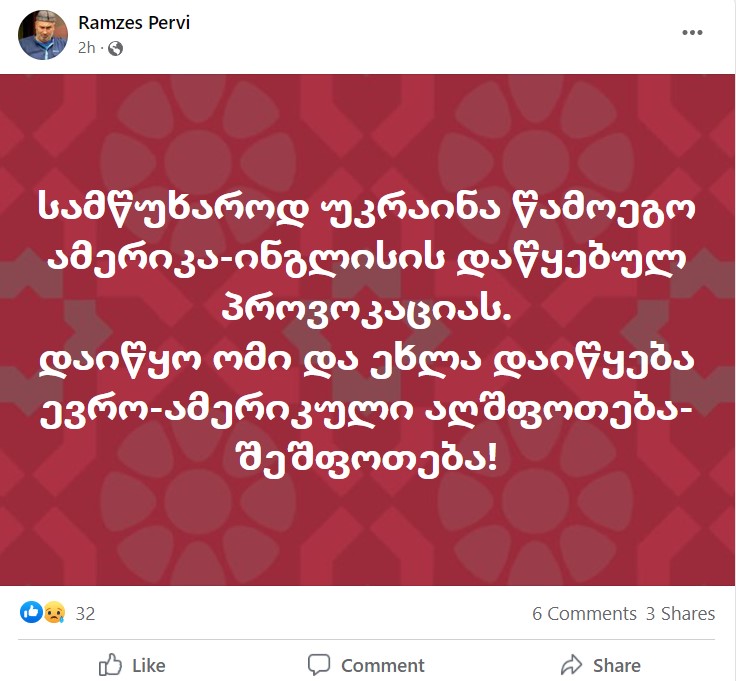 “Unfortunately, Ukraine was tricked by Anglo-American provocation. The war has been started and now Euro-American condemnation and concern will follow.”

The President of the Russian Federation, Vladimir Putin, in his video address on 24 February 2022 announced launching a special military operation against Ukraine. At the same time, Russia started a full-blown military invasion of Ukraine. In response, the Ukrainian armed forces offered resistance to repel the Russian aggression.

Prior to the launch of the military activities, there has been a lengthy crisis around Ukraine sparked by Russia’s decision to amass 190,000 troops and a large amount of military hardware in Ukraine and near its borders. All started in December 2021 when the Russian Ministry of Foreign Affairs demanded from NATO that it rescind its pledge made at the 2008 NATO summit in Bucharest that Georgia and Ukraine would become NATO members. Later, the Kremlin handed the West a special package of “security guarantees” which envisioned a ban on further NATO enlargement and including a demand to remove military units and weaponry from countries that joined NATO after 1997, effectively restoring a pre-1997 status-quo. The West did not satisfy Russia’s demands which directly contradicted the foreign policy choices of different sovereign countries. In response, Vladimir Putin recognised Ukraine’s breakaway regions, the self-proclaimed People’s Republic of Donetsk and People’s Republic of Luhansk as independent states and signed cooperation and mutual assistance treaties with them. Afterwards, pursuing the order of the President of Russia, the Russian armed forces, which were ostensibly mobilised solely for drills, launched massive combat actions against Ukraine.

Therefore, the claim that Ukraine was tricked by a provocation launched by the West is disinformation and Russian propaganda.