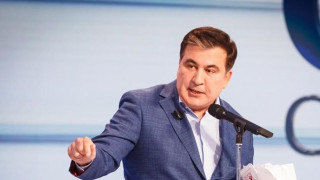 : “The United National Movement left six taxes out of 21, although this brought higher revenues and the ease of doing business.”

Mikheil Saakashvili: “The United National Movement left six taxes out of 21, although this brought higher revenues and the ease of doing business.”

The number of 22 payables (20 taxes and two duties) at the beginning of 2004 decreased to six at the end of 2007 and has not been changed since. From that period, Georgia’s economy and the state budget have been increasing at a very good rate despite some exceptions. However, the number of taxes was only one of the components among the plethora of factors stipulating the positive trends in the economy. This outcome is attributable to a combination of robust and complex changes/measures carried out at the same time.

Tax cuts and a simplification of the tax system is a positive factor both in terms of economic freedom and, generally, for economic flexibility. Naturally, these changes were reflected in the assessments of various rating companies. In the World Bank’s Ease of Doing Business rating, Georgia is ranked as one of the top performers and occupies the 7th position. In 2005, Georgia was ranked 112th in the same rating, jumping to 37th as early as in 2006. However, we should add that reducing taxes to a total of six did not have a directly proportional impact on the reduction of the debt burden, since some of the abolished taxes continued to be levied as monetary penalties, service payments or license/permit fees. In other words, the source of money inflow was not affected and only the names under which these funds are channelled into budget were changed. As a result, payables remained in place, although by renaming them the statistical figure of the debt burden decreased. Therefore, Mikheil Saakashvili’s statement is MOSTLY TRUE as the statement is accurate but it needs additional information or/and clarification.

Among the main theses of Mikheil Saakashvili’s economic vision, published on his Facebook account, is the following statement: “The United National Movement, when it was in power, left only six taxes out of 21, although this brought higher revenues and ease of doing business.”

By the end of 2003, when the government changed in Georgia, the country used a tax code adopted in 1997. According to Article 6 of that Tax Code, there were 14 national taxes (income, profit, VAT, excise, property, land, vehicle ownership, property transfer, social insurance, natural resource exploitation, polluting environment with hazardous substances, vehicles entering Georgia and over normative load, fixed tax and small business tax) as well as six local taxes (economic activity, gambling business, resort, hotel, advertisement and use of local symbols). In line with amendments enacted in December 2003, the local tax for economic activity was scrapped and the land tax moved from the national to the local taxes category. As a result, there were 19 taxes set forth in the Tax Code until the end of 2004. On top of that, there was a customs tax, as defined by the Customs Code of Georgia, and two types of customs duties – in total, 22 payables across the country.

Since 1 January 2005, the new Tax Code went into force and the number of taxes was reduced to seven (five national and two local taxes) according to Article 9 of this Tax Code. Customs tax and customs duties, set out in the Customs Code of Georgia, were left intact. In August 2006, the old Customs Code was abolished and the new one was adopted which did not envision any tax and defining customs procedures was the only function it retained whilst customs tariffs and types of duties were defined by the Law of Georgia on Customs Tariffs and Law of Georgia on Customs Duties. In 2007, these laws were annulled and all taxes were categorised into a single legislative act – the Tax Code of Georgia. Since July 2007, the social tax was also abolished and, therefore, from that moment, there are five national taxes (income, profit, VAT, excise, import) and one local tax (property). In 2011, both the Customs Code and the Tax Code were annulled and both legislative acts were replaced by a new tax code. The number of taxes was not changed. In regard to the trend of changes in the state budget for that period, Graph 1 illustrates the relevant data.

state budget incomes have been characterised by a growth trend for the entire reporting period. The only exception is in the figures from the post-crisis years of 2009-2010 which lag behind 2008’s indicators. Simultaneously with the decreasing number of taxes, tax rates were also cut, although the budget’s tax revenues continued to rise. This was stipulated by economic growth and improved tax administration. The share of the so-called shadow economy, whose main raison d'être was tax evasion, also shrank. In turn, the higher economic growth rate and improved tax administration was brought about by other radical reforms carried out in the country (such as decreased corruption and crime as well as improved infrastructure and energy supply). However, given the stringency and harshness of the Government of Georgia’s measures, there is significantly divergent political assessments about that period.

It is fair to underline that decreasing the number of taxes to six was not proportionally reflected on the reduction of the debt burden, since some of the abolished taxes continued to be levied as monetary penalties (for pollution, over normative load) service payments (road use, customs duties) or license/permit fees (use of natural resources). In other words, the source of the money inflow was not affected and only the names under which these funds are channelled into the budget were changed. As a result, payables remained in place, although by renaming them the statistical figure of the debt burden decreased.

As a result of tax reform as well as other positive economic and legislative changes, Georgia’s position in the World Bank’s Ease of Doing Business rating has been improving rapidly. According to the current data, Georgia is among the top performers in the world and occupies the 7th position. In the same rating, Georgia was placed 112th in 2005, 37th in 2006. Of note is that in the following period, Georgia was among the top in the rating which indicates that country has more freedom to do business as compared to the rest of the world.

In this period, improvements in the tax system and the increased efficiency of the executive organs, simultaneously with an economic growth trend, resulted in a substantially rapid growth of the budget. The role of the changes in the number of taxes can be assessed as an important auxiliary positive precondition together with the other major stipulating factors.