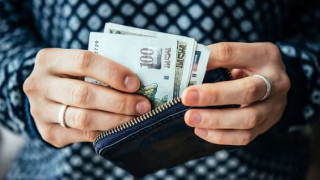 Starting from 2022, nominal wages in the public sector will increase by 10% whilst real wages will decrease by 2.6%

According to the decision of the Government of Georgia, the official salaries for people employed in the public sector will increase by 10% from 1 January 2022 and GEL 117 million will be spent from the budget to this end

According to the first submission of the draft budget, a total of GEL 1,653,356,800 was envisioned for labour remuneration and the number of public servants was 112,712. In the second submission of the draft budget, the amount of funds intended for labour remuneration was already GEL 1,830,014,800 which was attributable to the aforementioned decision. However, of note is the fact that the number of employees in the new draft increased by 40 and is now 112,752.

As mentioned earlier, salaries in the public sector are set to increase by 10%. FactCheck will try to analyse – based on inflation – what the announcement of salary growth for 2020 actually means. In time, money’s purchasing power decreases as a result of inflation and currently one can buy less goods and services with GEL 1 than was previously possible. Income/salary and similar indicators are divided into two groups – nominal and real. Nominal salary is denominated in money whilst real wage already reflects the impact of the inflation and shows its purchasing power for a given period of time.

In order to analyse whether or not a 10% salary growth for the public sector in fact means real growth, the inflation rate for the report period need to be measured first and foremost. The basic official salary reached GEL 1,000 in 2017. Given the average annual inflation, the real basic salary decreased by 19% according to November 2021’s data and dropped to GEL 810 in 2017 prices. This means that in spite of a 10% growth in nominal salaries for 2022, the salaries of public servants will in fact decrease as compared to 2017. In other words, they will be able to purchase less goods and services than they could afford in 2017.

According to the forecast of the International Monetary Fund, annual inflation for 2021 will be 13%. If we assume that this indeed comes true, the GEL 1,100 nominal salary with the increase in 2022 will in fact be equal to GEL 973 which means that a public servant could afford more products with GEL 1,000 at the beginning of 2021 as compared to what he can buy in 2022 with GEL 1,100.

Given these circumstances, a 10% salary growth in the public sector for 2022 will increase nominal salaries as the basic salary will become GEL 1,100 from GEL 1,000. However, real salaries will decrease by 2.6% considering annual inflation. More simply, the increased basic salary of a public servant in 2022 will have 2.6% lower purchasing power as compared to 2021, leaving aside the fact that salaries of public servants are lower as compared to even 2017 when we take average annual inflation into account.