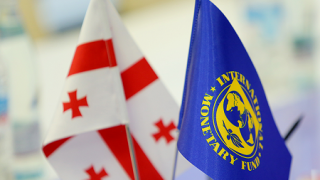 Georgia’s Economic Growth Prospects According to the International Monetary Fund

According to the economic growth rate forecast for 2021, Georgia is the 18th position of the 195 countries ranked in the World Bank’s list. It is in the 69th position in terms of economic recovery as compared to 2019. However, on the other hand, Georgia i

The International Monetary Fund (IMF) is an authoritative international organisation which bears the status of a United Nations specialised agency. The IMF aims to support the global financial system through the monitoring of foreign exchange rates and balances of payments. It also offers needs-based technical and financial assistance to developing nations.

The assessments and recommendations of the IMF are relevant and oft-cited both in Georgian and foreign economic and political circles. Therefore, FactCheck deems the IMF’s assessment vis-à-vis Georgia’s economic growth as particularly relevant. Rapid economic growth is vital for development and poverty reduction, although declining long-term growth has been a significant problem in recent years, most particularly within the context of the pandemic-induced crisis. In 2013-2020, Georgia’s economy was growing by 2.81% on average. If we exclude 2020 because of the pandemic-induced crisis, the economy was growing by 4.09% on average in 2013-2019. Economic growth rate prospects are of special interest within this context.

The IMF’s World Economic Outlook’s (WEO) database is published twice every year in spring and autumn. As of the data for 12 October 2021, the IMF expects that Georgia’s economy will grow by 7.7% in 2021. Of note is that the IMF’s initial growth forecast was 3.5%, although the higher than expected economic recovery dynamic as compared to 2020 led to a sharp improvement of the economic growth forecasts. The IMF’s forecast for Georgia’s economic growth rate in 2021 is in line with the Government of Georgia’s basic forecasts.

Table 1: Economic Growth Rate Forecast Dynamic in Georgia and Neighbouring Countries According to the IMF

According to the economic growth rate forecast for 2021, Georgia is the 18th position of the 195 countries ranked in the World Bank’s list. It is in the 69th position in terms of economic recovery as compared to 2019. However, on the other hand, Georgia is ranked 24th globally based on the average economic growth rate forecast for 2021-2026. Of note is that Georgia is ranked in the top position based on the economic recovery forecast both in the region and across Europe which naturally indicates an encouraging dynamic to some extent. In particular, Georgia has better forecasts as compared to relatively similar as well as smaller economies which rules out any advantage from the base effect to a certain extent. However, it is impossible not to mention that an average 5.8% economic growth rate is a small figure for a developing country like Georgia. Poverty reduction and development goals will remain unattainable with this rate. However, it needs to be highlighted that in general and amid the pandemic, in particular, the level of uncertainty is very high and forecasts are subject to substantial changes in a very short period of time. Therefore, it is not uncommon that factual figures do not coincide with the forecasts. Therefore, although Georgia has promising forecasts as compared to other countries based on the IMF’s assessment, it is still early to make conclusions about success or failure based on forecasts.