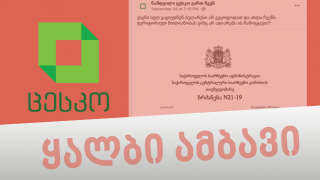 On 26 September 2021, the We Are the Real CEC Facebook page posted a photograph on social networks. According to this photograph, the CEC chairperson issued a decree on 8 September 2021 to instruct the Public Relations Department of the CEC to invite the head of Syria’s Central Election Department together with two department members. 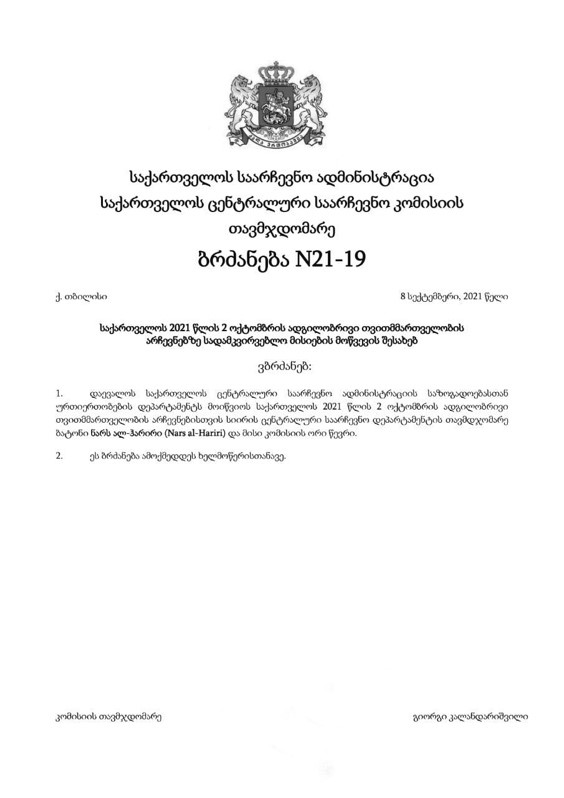 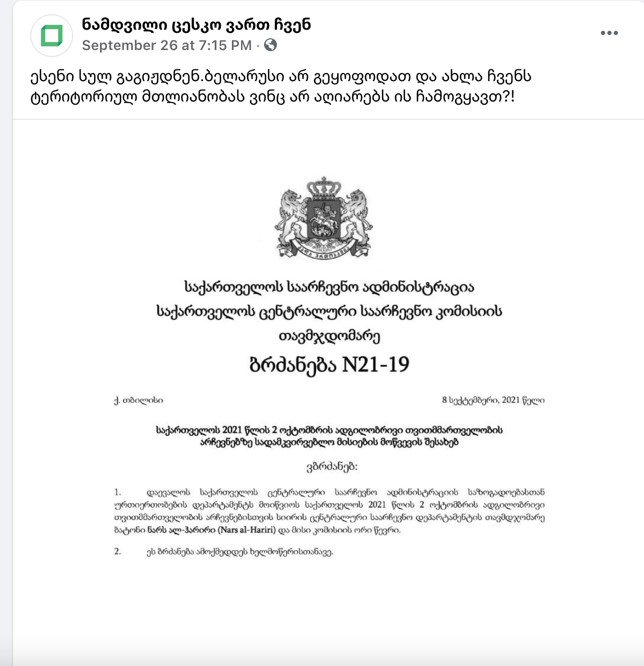 Of note is that the aforementioned publication was co-ordinately shared in different political groups of supporters of both the Georgian Dream and the opposition by one and the same Facebook users (link 1, link 2, link 3 and link 4). For instance, Facebook users Besika Dolidze and Marina Teqturmanidze reposted this publication in groups supporting the Georgian Dream and the opposition. 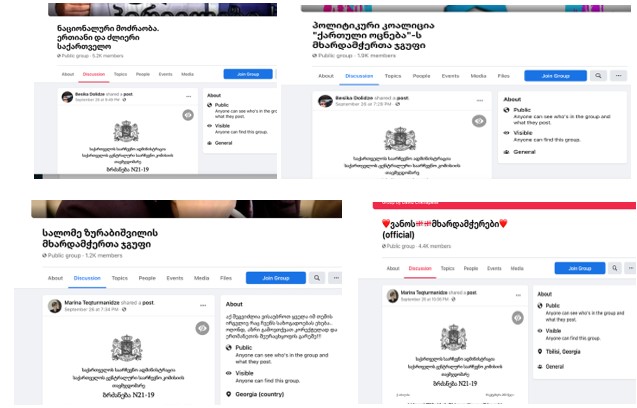 In addition, Facebook user Marina Teqturmanidze also shared a publication of the Simartlis Droa Facebook page on her own Facebook account. This page mostly reposts publications intended to smear those critical of government groups, including election observation organisations. 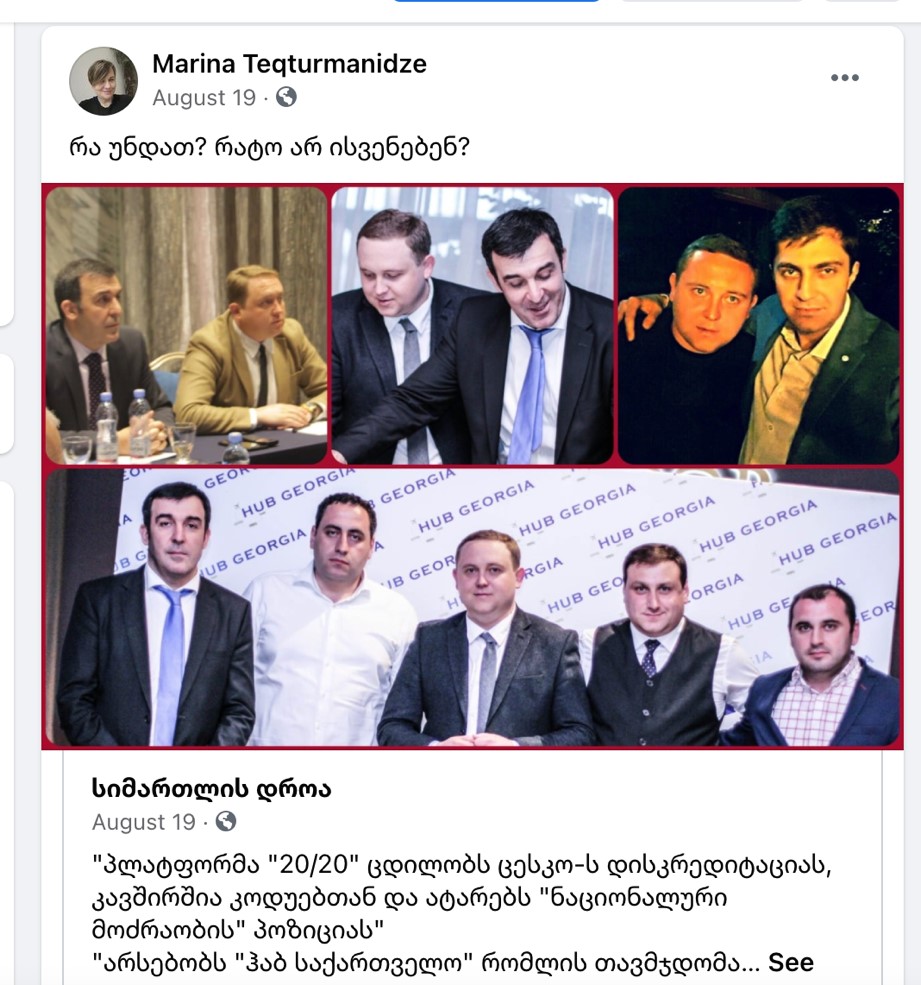