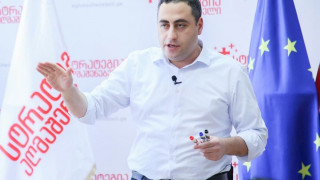 “From your premiership to the second premiership, Georgian Railway accumulated GEL 1.2 billion in losses.”

Giorgi Vashadze: “From your premiership to the second premiership, Georgian Railway accumulated GEL 1.2 billion in losses.”

FactCheck verified the accuracy of the statement.

In regard to Georgian Railway’s financial figures in the last years, they are as follows:

In the reporting period which is from 2014 until the present day as specified by Giorgi Vashadze, Georgian Railway has been taking losses every year except 2014 and 2016 and the total sum of these losses does indeed exceed GEL 1.2 billon. Therefore, Mr Vashadze’s statement is literally true.

For a comprehensive analysis of the issue, it is necessary to review Georgian Railway’s 2017-2018 profit figures separately because of the specific, albeit in essence different, factors which in fact affected those figures. These factors are not present in the reports of any other years.

According to the financial statement, Georgian Railway’s operating profit as well as its net profit are both negative (loss) and amounted to GEL 285.5 million and GEL 354.1 million, respectively, in the 2017 accounting period. However, these figures are, in fact, only because of “accounting” grounds and the real reason is finally abandoning the bypass railway project instead of Georgian Railway’s operations in 2017 or in previous years. Whilst calculating an organisation’s profit, the amortisation of a company’s assets (losing value, depreciation) is also subtracted from the total revenues in addition to other expenses. For instance, if Georgian Railway purchases a railway cabin for GEL 100,000 and uses it for the next ten years, GEL 10,000 will be subtracted annually from the profits as amortisation costs and net profit will be decreased by the same amount. However, if Georgian Railway finds out that it is impossible to put that cabin into use and “decommissions” it after the purchase, the cabin’s total value will be subtracted from the same year’s revenues at once (expenses distributed over many years are registered in one year). The same happened in 2017. In particular, the total book value of the Tbilisi Bypass Railway project (the sum of the value of goods and rendered services to the project) was GEL 397.3 million.

Georgian Railway planned to use those actives in the future in the course of the bypass project’s implementation in order to receive revenues therefrom over the next few years. Therefore, this money had to be gradually subtracted from Georgian Railway’s profit and divided over several years. However, the project was paused in 2013 and its future remained uncertain until 2017. In 2017, Georgian Railway made a final decision that the project’s implementation did not serve its goals and was forced to decommission the assets. In such cases, assets are sold in standard occasions and the difference between the incomes from selling and the book value constitute either a loss or a profit (depending on which one is greater). However, money which has been spent (book value) usually cannot be fully offset and losses are inflicted. If not used for the initial purposes, railway infrastructure, given its specific characteristics (bridges, tunnels and land work which cannot be otherwise used and, therefore, have no value) is very hard to use (sell) profitably for other purposes. In this case, it became evident that selling assets profitably was impossible or the expenses needed to sell them was higher as compared to the revenues from selling with the exception of land plots. Therefore, the difference between theoretical revenues from selling (GEL 14.7 million) and the book value of the total project (GEL 397.3 million) in the amount of GEL 382.6 million was acknowledged as depreciation loss and subtracted from 2017’s revenues. Without these expenses, Georgian Railway’s profit in 2017 constituted GEL 28.5 million. In essence, the aforementioned GEL 382.6 million loss is neither to with Georgian Railway’s activities; specifically, in 2017, nor were these sums spent in the given period (project implementation started in 2010 and continued until 2013). In the case of 2018 as well, a major factor behind the losses is asset depreciation. However, the latest depreciation is associated with significantly worsened operating figures in the last several years as compared to 2017 instead of any specific project or decision.

Of additional note is that Georgian Railway explains the last years’ losses by a depreciation of the Tbilisi bypass railway assets and claims that shipment volumes decreased because of redirecting crude oil into the oil pipeline which significantly changed the cargo shipment structure. Georgian Railway’s statement reads: “Not taking into account these factors, the company would have ended 2018 with GEL 24.4 million in net profits whilst the same figure in 2017 was GEL 15.1 million.” In regard to railway cargo turnover, the total volume of shipped cargo in 2012 was 20.1 million tonnes. Afterwards, railway turnover has been declining annually and dropped to 10 million tonnes in 2018. In 2019, railway cargo turnover was 10.9 million tonnes. According to the data of the Ministry of Economy and Sustainable Development, Georgian Railway’s cargo turnover was 11.1 million tonnes in 2020 which is 0.2 million tonnes (1.8%) more as compared to 2019’s figure. Of additional note is that the top five countries receiving transit cargo via Georgian Railway are Azerbaijan, Armenia, Turkmenistan, Cyprus and the Netherlands. The top five cargo sender countries are Azerbaijan, Russia, Turkmenistan, Kazakhstan and Armenia. In regard to the first six months of 2021, the total volume of Georgian Railway’s shipments amounted to six million tonnes which is 500,000 tonnes more as compared to the same period of the previous year as reported by Georgian Railway.

[1] Measure of EBITDA (Earnings before interest, tax, depreciation and amortisation) as a percentage of revenue.