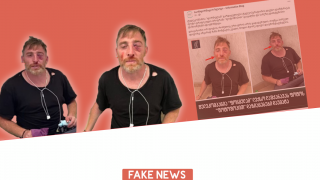 TV Formula falsified the photograph of the late cameraman Lashkarava through Photoshop graphic design software and added additional bruises to his face.

We present two photographs which were taken at the same time, although there is a clear trace of editing on the first one whilst the other one is not edited. 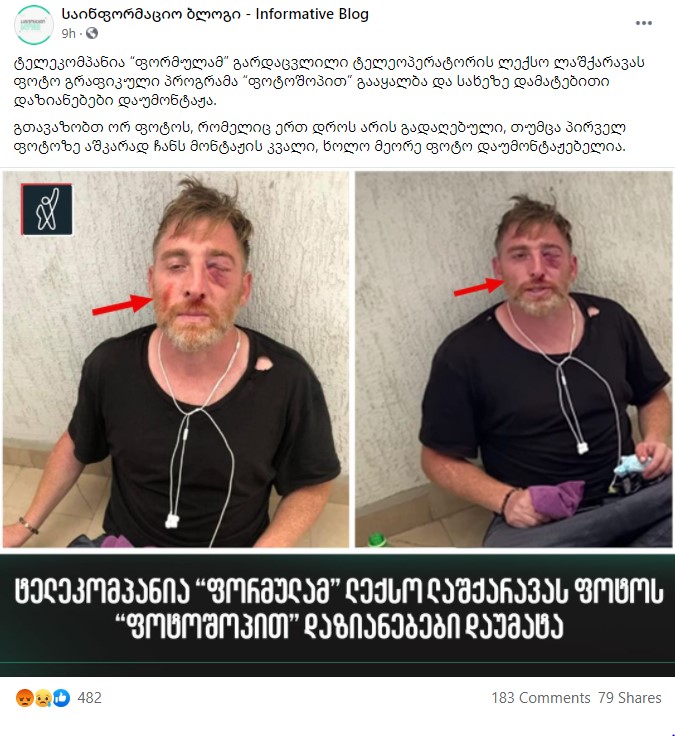 On 5 July 2021, in the process of providing coverage of rally against Tbilisi Pride, TV Pirveli journalist and cameraman, Aleksandre Lashkarava, was physically and verbally assaulted whilst performing his professional duties at the Shame Movement’s office. Lekso Lashkarava died on 11 July 2021 after which the Ministry of Internal Affairs launched an investigation. The 5 July events and Mr Lashkarava’s death sparked yet another political crisis in the country.

These photographs were taken shortly after the physical assault against Mr Lashkarava which is proven by the respective video recordings. Different videos which show that Mr Lashkarava is sitting on the floor after being with inflicted physical injuries and waiting for help, having a bottle of water and holding an item made of fabric. 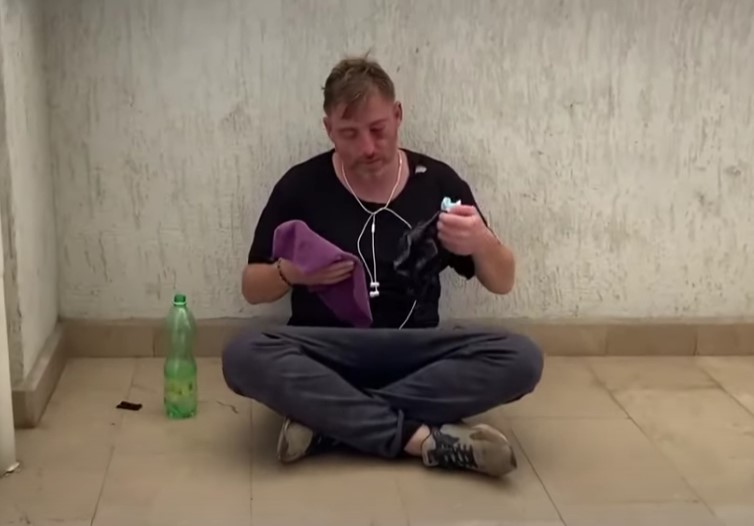 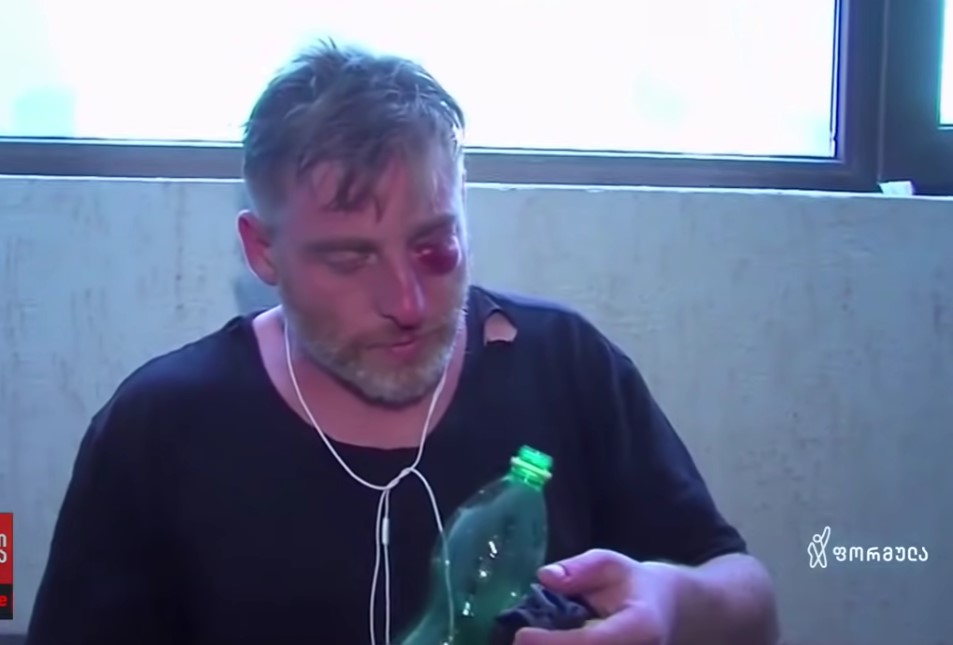 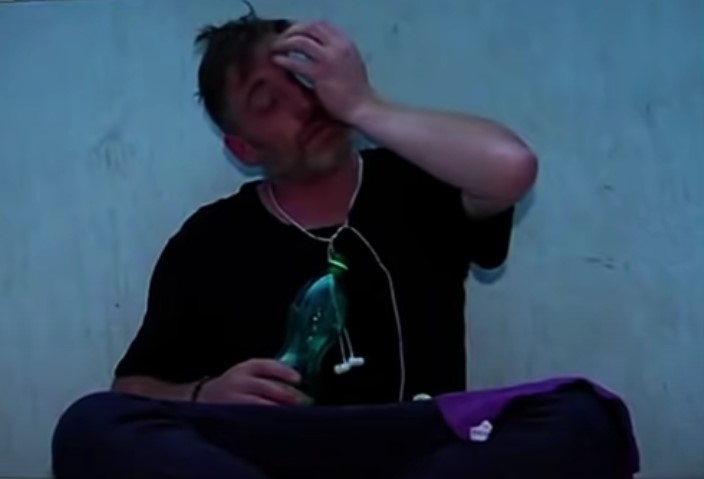 Of note is that the photograph which the Facebook pages claimed were edited by TV Formula through Photoshop were used by different media, including foreign outlets.

FactCheck obtained a video recording which clearly shows that Lekso Lashkarava, sitting in the emergency vehicle, indeed had a trace of blood on the right side of his face. 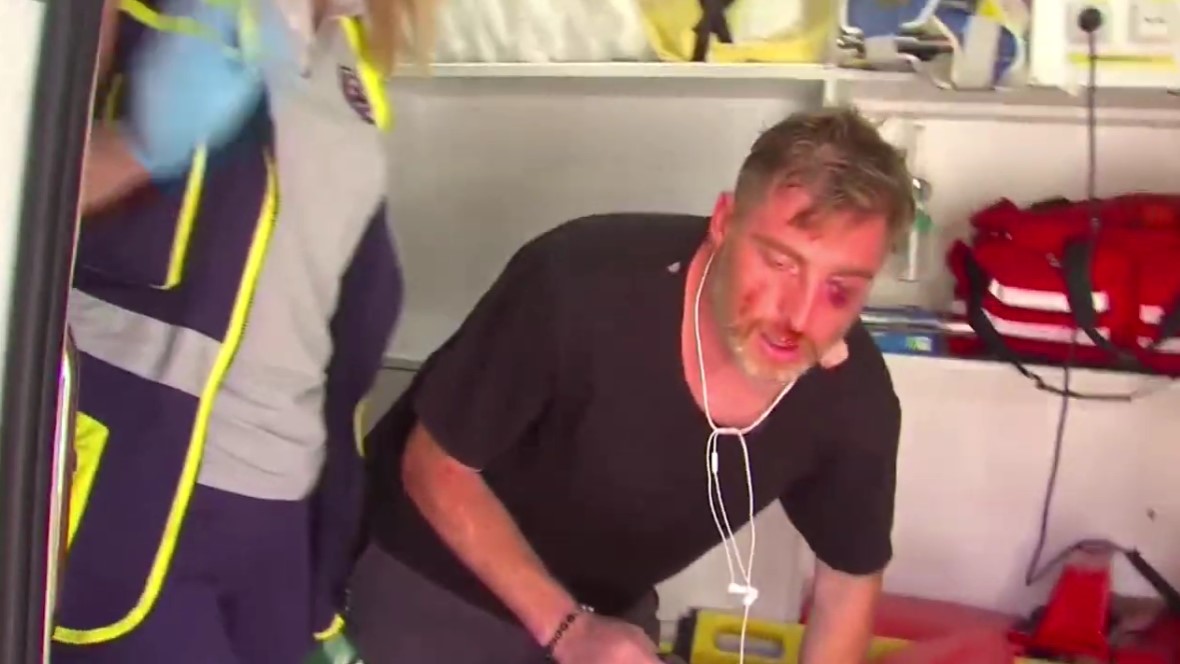 In addition, there are other photographs of Lekso Lashkarava, taken from different angles after the assault, which vividly show the trace of blood on his right cheek (link 1, link 2). 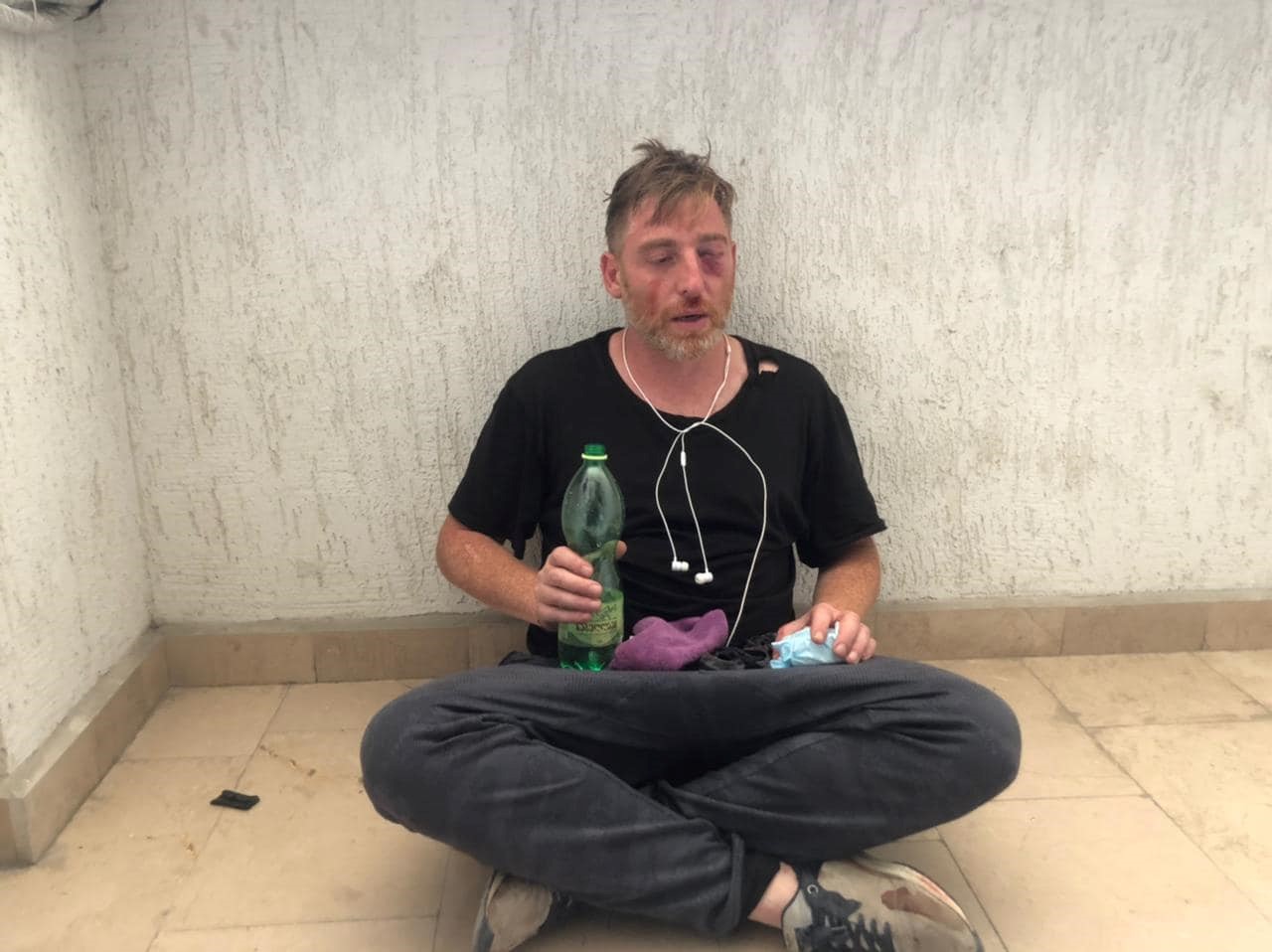 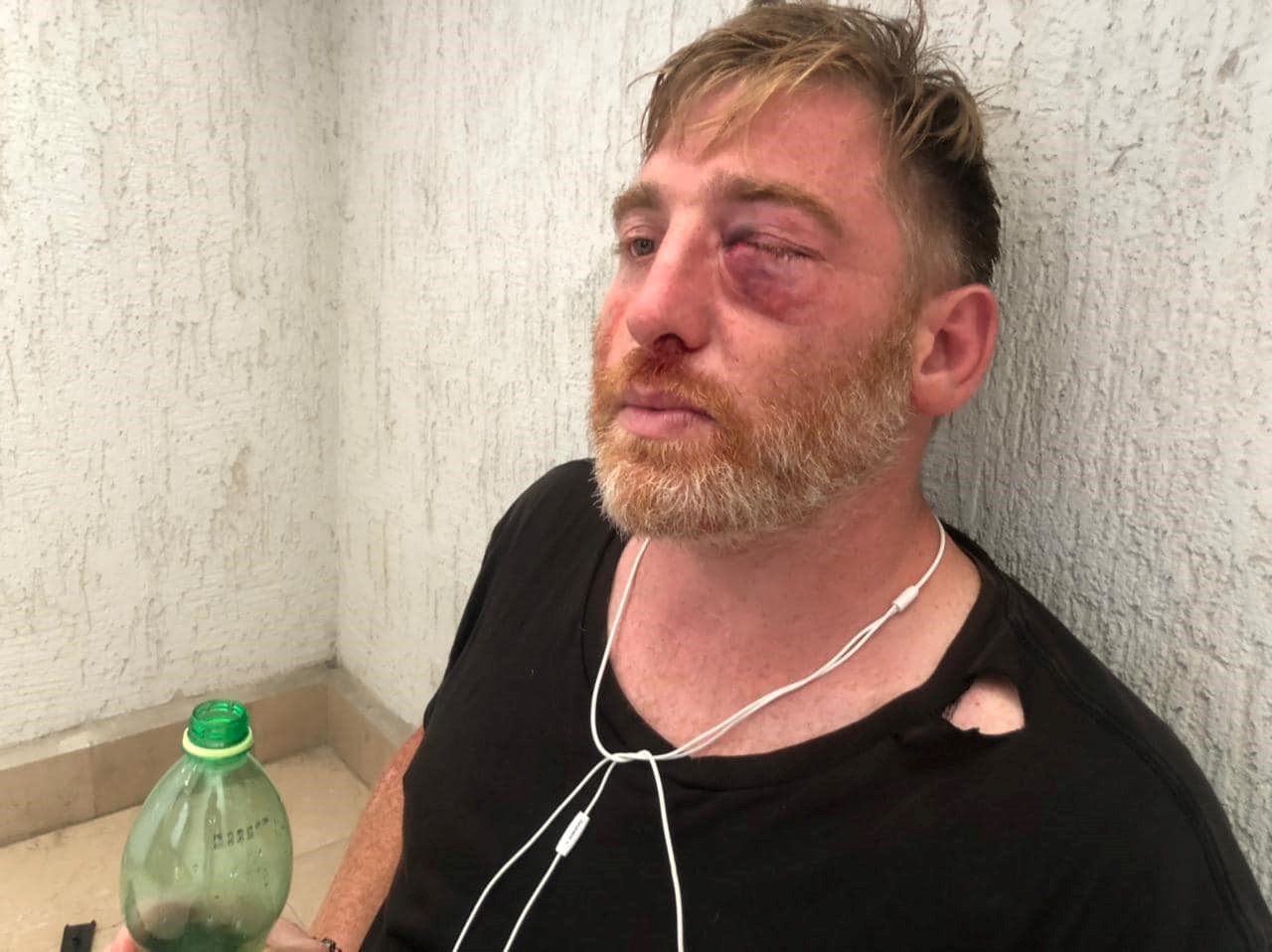 The photographs which were uploaded on the TV Kavkasia Facebook page are dated 5 July 2021, 13:15 PM.

Of additional note is that the photo and the video materials, taken after Lekso Lashkarava’s beating, show both cases: the presence and the absence of traces of blood on his right cheek. Based on Mr Lashkarava’s interview, recorded in a few days after physical violence, we may say there are no visual injuries on the right side of his face. Therefore, this may indicate that the blood on Mr Lashkarava’s right cheek was from blood on the item of fabric or from his hand. However, claim that TV Formula “doctored” Lekso Lashkarava’s photograph and added bruises through Photoshop is a lie which is proven by available photo and video evidence.