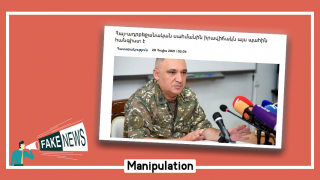 Manipulation: The Situation on the Armenian-Azerbaijani Border Is Calm at the Moment

Manipulation: The Situation on the Armenian-Azerbaijani Border Is Calm at the Moment

On July 19, the Ministry of Defense of Armenia issued a statement that the Azerbaijani armed forces fired from different caliber firearms at the Armenian positions in the Yeraskh section of the Armenian-Azerbaijani border, for several hours starting at 18:40. On July 20, at 00:43, the Ministry of Defense announced in a new message that as of 23:00, the situation remained tense.

Against the background of tension, information that Radik Oghikanyan, the mayor of Yeraskh was killed started circulating through the social media. Later, this information was denied.

Old News About the Border Situation Put Forth as New

On July 20, at 02:04, Freenews.am wrote that the situation on the Armenian-Azerbaijani border was at that moment calm.

News sites and Facebook pages shared this publication. A former member of the National Assembly of Armenia, Styopa Safaryan, shared it on his Facebook page too with an attached post: "The latest official news at the moment." 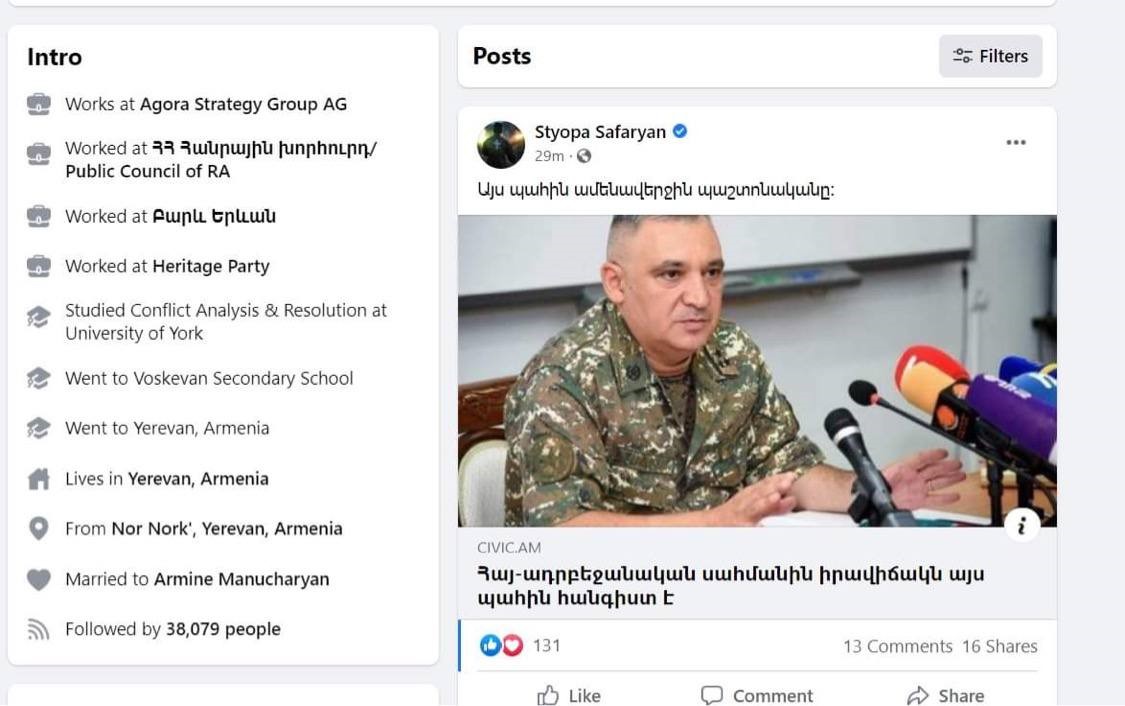 The information appeared on Facebook user Samvel Hayrapetyan's page too. 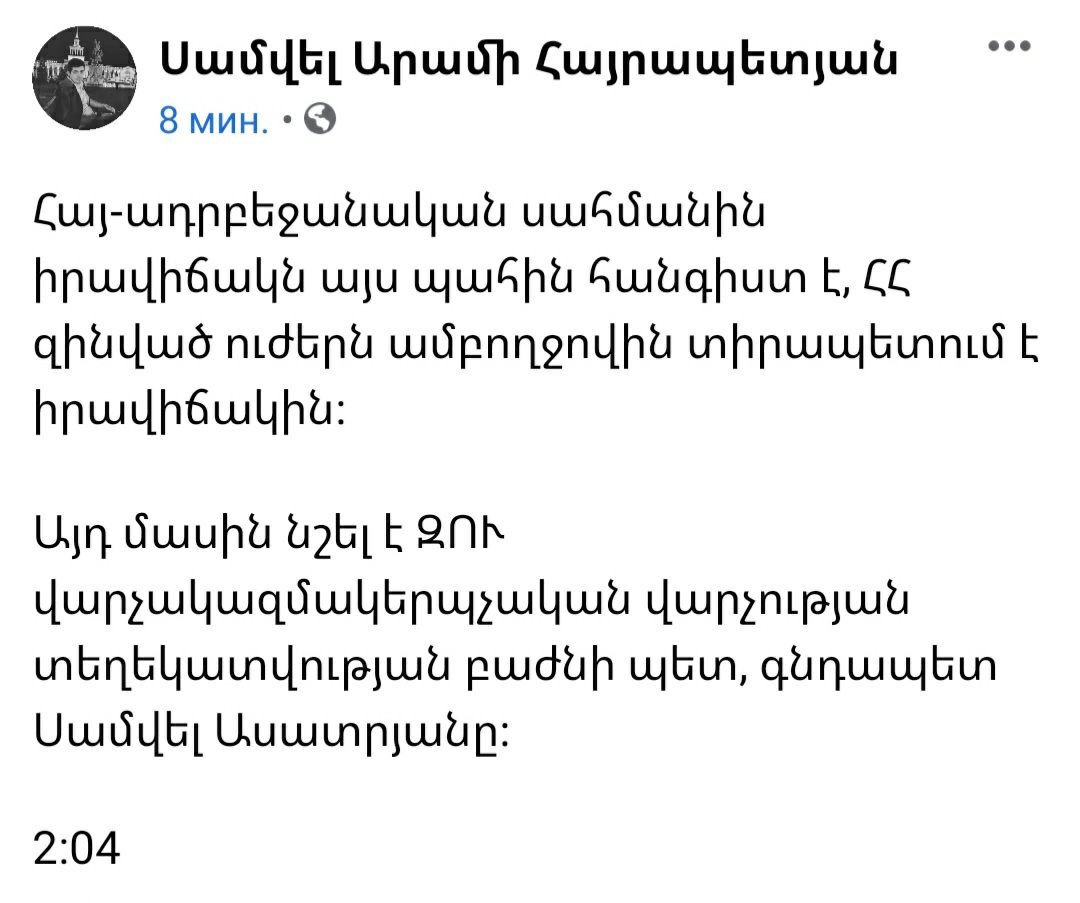 Both of these posts have already been removed.

In reality, Freenews.am kept republishing the same news at different times, posted initially by the Armenpress news agency on the afternoon of July 19, at 14:04. Incidentally, Freenews.am did not link their primary source. Later, Freenews changed the publication date from July 20 02:04 to July 19 16:48, as seen in the archived link and on the Facebook post.

In the afternoon of July 19, Armenpress spoke about the current situation on the Armenian-Azerbaijani border with the Head of Information Department of the Armed Forces, Colonel Samvel Asatryan. He said that the situation on the Armenian-Azerbaijani border was calm at the moment. Freenews.am shared this information at 15:00. However, during nighttime, they republished the same news both on their website and their Facebook page.

The Mayor of Yeraskh Was Not Killed

There has been another incident related to the tensions at the border. Minutes after the announcement of the Ministry of Defense at 00:43, about the border tension in the Yeraskh section of the Armenian-Azerbaijani border, a Facebook user named Hermine Zeynalyan wrote, "At the moment, our post in Yeraskh is burning, the village head is injured, but some say he was killed. We have some more injured people here.” The user soon deleted the post, but Politik.am had already republished it. 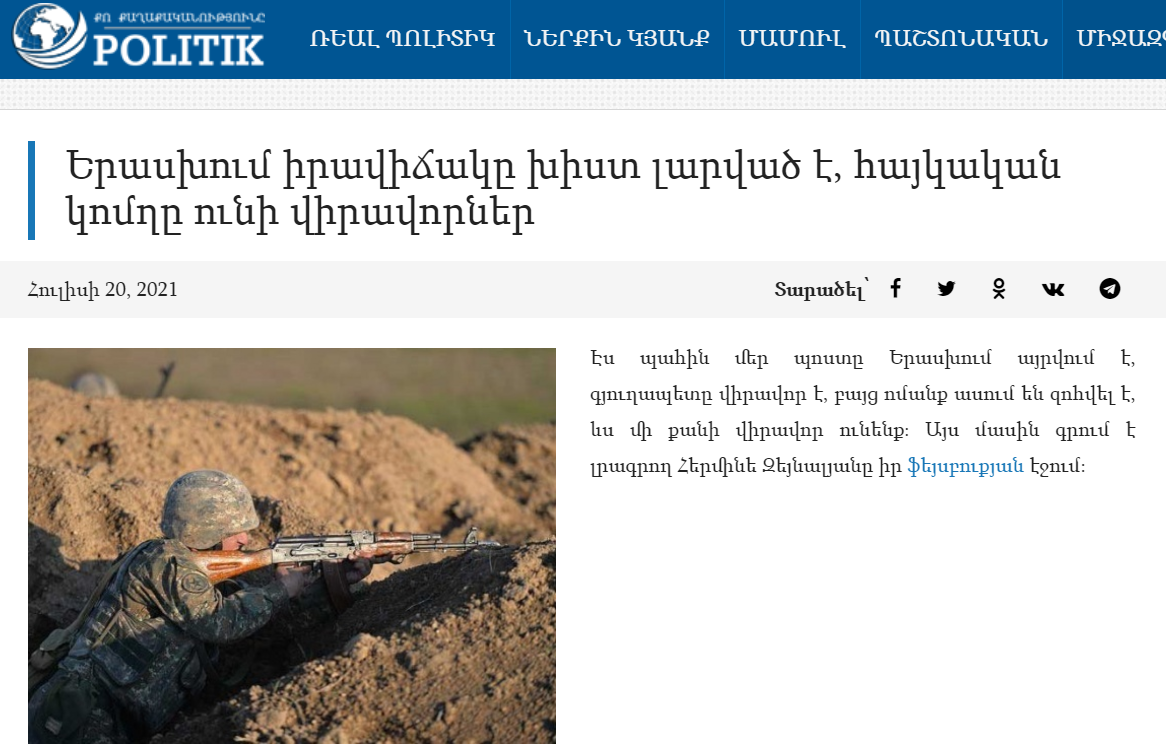 The news that the mayor of Yeraskh Radik Oghikyan died was false. The director of the Ararat Hospital Medical Center, Arayik Sardaryan, told news.am that Radik Oghikyan was shot in the arm during the shootings at the Yeraskh section. He added that the village mayor's life was not in danger.