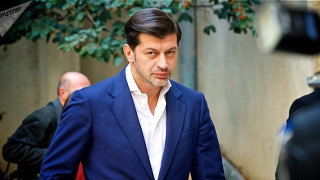 “We have made certain steps to gradually provide flats for cooperative housing victims.”

Kakha Kaladze: “We have made certain steps to gradually provide flats for cooperative housing victims.”

Resume: The cooperative housing problem has been unresolved since the last century. As early as in the 1980s, many people deposited their money in state-owned banks whilst the government pledged in turn to provide them with apartments. Most of the housing buildings were not completed and the construction of some of them were never even started. In 1998, Eduard Shevardnadze’s government recognised the people’s payments as government debt.

The previous government also sought to solve this problem and started to deliver land plots to people who were defrauded for a symbolic price. However, this process was soon discontinued. Prior to the 2012 parliamentary elections, Bidzina Ivanishvili stated that this problem would be solved in the nearest future. However, in the next four years nearly nothing has been done to this end.

Since 2017, the government started to make efforts to solve the problems of those who suffered from cooperative housing and real steps have been made. The injured parties received municipality-owned land plots for a symbolic price and interested companies built residential blocks there, allocating apartments for cooperative housing victims. According to the recent data, a total of 1,300 families will have homes by the end of 2021 as a part of the ongoing projects (610 families have already received their apartments). It is officially reported that work to provide apartments for the rest of the affected families is in progress and all victims of the cooperative housing problem will eventually receive an apartment. Therefore, Kakha Kaladze’s statement is TRUE.

At the session of the government of the Tbilisi municipality, the Mayor of Tbilisi, Kakha Kaladze, spoke about victims of cooperative housing and stated: “In the 2017 elections, one of our campaign pledges was to provide apartments for victims of cooperative housing. There are nearly 3,000 registered families and the government has recognised that it has obligations to them. We have already made certain steps to gradually provide apartments for these families.”

The cooperative housing problem has been unresolved since the last century. As early as in the 1980s, many people deposited their money in state-owned banks whilst the government in turn pledged to provide them with apartments. Most of the buildings were not completed and the construction of some of them never even started.

In 1998, Eduard Shevardnadze’s government recognised the people’s payments as government debt and instructed the Ministry of Finance to draft a debt payment rule. According to the President’s (Eduard Shevardnadze) decree, a programme was approved to implement facilitative measures for the repayment of the state debt incurred from incomplete cooperative housing. Since that period until 2003, the construction of several residential blocks has indeed been completed and a total of GEL 2 million in compensation was disbursed to the victims.

The United National Movement government also tried to solve this problem. According to the 2009 decree of the then Georgian Prime Minister, Nika Gilauri, Tbilisi City Hall was charged to repay debts. This envisioned giving land plots to the victims for a symbolic price in exchange for them renouncing their debt rights. After issuing this ordinance, some victims did receive land plots for a symbolic price. After the 2010 municipal elections, the process of transferring land plots to victims was discontinued.

After the Georgian Dream’s coming to power, a commission was established to study cooperative housing problems. In 2016, the Georgian government issued an ordinance to instruct Tbilisi City Hall to handle w the problems vis-à-vis the incomplete cooperative housing. According to the ordinance, Tbilisi City Hall should have provided real estate to the victims in exchange for their renouncing their debt rights. Three hundred families received apartments in this manner.

As mentioned previously, over 3,000 families have been recognised as cooperative housing victims. In 2017-2020, a total of 18 real estate/land plots were allocated as a part of a cooperative housing project. There were eight projects at the permit-obtaining stage and four projects at the construction stage. Interest was expressed for 12 projects and document processing was in process for five projects for individuals who were to receive apartments.

In total, 610 members of former housing-construction cooperatives and their successors received housing apartments in the aforementioned period. These individuals obtained municipality-owned land plots for a symbolic price whilst winner companies built residential blocks and gave apartments to cooperative housing victims.

At the present moment, 16 winner companies are involved in providing apartments to housing victims. Of these, six companies have already obtained construction permits and started construction whilst permit-related procedures are still pending for the rest of the ten projects. There is ongoing work to find municipal land plots in order to make sure that the rest of victims are also provided with land plots which would enable them to get accommodation.

The sequence of apartment allocation for cooperative housing victims is based on social points and people with lower social ranking are given apartments first. As stated by Irakli Tavartkiladze, Head of Tbilisi City Hall’s Property Management Agency, a total of 1,300 families would be apartment-owners by the end of 2021 as a part of the ongoing projects. However, work in this direction will continue in the coming years and eventually all victims will receive apartments. Therefore, Kakha Kaladze’s statement is TRUE. 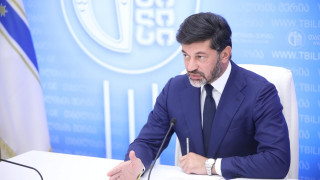