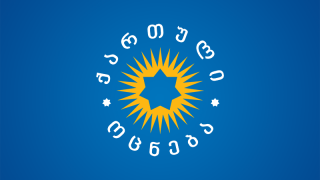 Resume: Banning the construction of large HPPs was one of the Georgian Dream’s campaign pledges for the 2012 parliamentary elections. However, in light of recent events vis-à-vis the construction of the Namakhvani HPP cascade, the Prime Minister, the Minister of Economy and Sustainable Development and others are busy talking about the necessity of building the large HPPs. Moreover, according to the Prime Minister, a new HPP of at least a 100 MW capacity should be built every year in Georgia.

It has been several months since the local population, the so-called “Guardians of the Rioni Valley,” environmental activists and some NGOs have started protests against the construction of the Namakhvani HPP. Thousands rallied in Kutaisi demanding to halt construction of the HPP. In the course of the past few months, there were numerous instances of tensions between the protesters and law-enforcement in the Rioni Valley. The tension started to rise particularly from the second half of March and the first half of April 2021. Protesters demanded scrapping the contract between the government and ENKA Renewables on the construction of the Namakhvani HPP cascade. They also demanded annulling the construction permit which was issued for the Namakhvani HPP cascade in 2015 as well as calling for a revocation of the ordinance on ENKA Renewables’ direct purchase of the state owned land and the resignation of the Minister of Economy and Sustainable Development.

In light of the protests of the “Guardians of the Rioni Valley,” ruling party leaders are speaking about the necessity of the Namakhvani HPP and large HPPs, generally. On 4 March 2021, the Prime Minister of Georgia, Irakli Gharibashvili, expressed his support for the construction of the new HPPs. As stated by the Prime Minister, at least 100 MW capacity HPPs should be built every year in order to meet the country’s rising demand for energy. The Minister of Economy and Sustainable Development also made a number of statements in regard to the construction of HPPs. On 8 February 2021, Natia Turnava stated that the energy generated by the Enguri HPP is no longer sufficient. Therefore, new HPPs have to be built, both large and small ones, but the process must be mindful of the population’s interests and based on serious surveys. The Speaker of the Parliament also supported HPPs in his statement. As stated by Archil Talakvadze, it is the government’s position that any such large-scale project should serve the interests of our country and the public.

Of note is that the latest statements of the head of the government and other members of the ruling party strongly contradict the Georgian Dream’s initially manifested position. According to the campaign programme issued for 2012 parliamentary elections, one of the Georgian Dream’s campaign pledges was “banning the construction of the large HPPs and nuclear HPPs given a high seismic hazard.” The Georgian Dream also pledged to facilitate the use of alternative and renewable energy sources, support the introduction of such individual energy systems among the wider population, implement government programmes aimed at increased energy efficiency and advance the construction of micro and small HPPs as well as rehabilitating existing HPPs in observance of modern environmental standards given the rising demand for energy. [1]

Given all of the aforementioned, we may conclude that the Georgian Dream made a major reversal of its position in regard to the construction of HPPs. As mentioned earlier, banning the construction of large HPPs was one of the Georgian Dream’s campaign pledges for the 2012 parliamentary elections, although the ruling party members today are busy talking about the necessity of building large HPPs.

Of additional note is that Mikheil Saakashvili also made a major reversal of his position in regard to the construction of the HPPs. See FactCheck’s article for more details.

FactCheck does not make a value judgment about flip-flopping. Whilst some people believe that flip-flopping demonstrates incoherent principles or/and a lack of solid values, others say that it is a sign of pragmatism and a willingness to compromise. As part of verifying position reversal (FLIP-O-METRE), similar with the classical fact-checking, our goal is to the help public make a more informed choice.