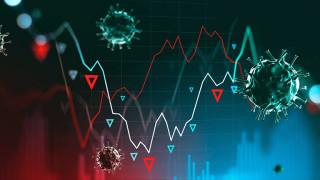 Georgia’s economy contracted annually by 6.1% in 2020 (one of the worst performances in the region). Since 1995, this has been the largest economic drop ever registered in Georgia.[1] Until 2020, Georgia had a negative economic growth only in 2009 – after the Russia-Georgia war and against the backdrop of the financial crisis when the country’s economy decreased by 3.8%.

The pandemic’s negative impact is not yet a thing of the past and Georgia’s economy decreased by 11.5% in January 2021 as compared to January 2020.[2] At the same, the National Bank of Georgia increased (tightened) the key refinancing rate from 8% to 8.5% on 17 March 2021 which will negatively affect the economic growth rate, although it is a compromise solution needed for keeping the level of prices at a more or less acceptable level.

In accordance with the official data forf2020, the annual inflation rate was 2.4% and stands at 3.6% as of February 2021. However, the one-off effect of the utility payment subsidies resulted in artificially reducing these figures and this does not show the real picture. Excluding the subsidy effect, inflation would have reached 4.2-4.3% in 2020. After ending the subsidy affect, the official inflation figure will also rise from March 2021. In 2021, the National Bank of Georgia estimates the growth of the general price level to be in the area of 4-4.5% although it has to tighten economic policy (impose economic restrictions) to this end.

The expected level of inflation is not catastrophically high, although it is much higher as compared to the targeted figure. In light of economic contraction and reduced income, inflation even at the aforementioned scale will negatively affect the social situation. Low-income citizens will be the most affected since household goods (food, medication, etc.) have a higher share in the consumer basket. The growth of the prices of such products is traditionally higher as compared to the general inflation figure.

In 2020, foreign direct investments (FDI) were only USD 617 million which is twice as less as compared to the figures for 2018-2019. The figures for 2018-2019 figures lagged significantly behind those of the previous periods. The FDI structure also needs to be mentioned since the financial sector accounts for 65% of FDI in Georgia.

Of further note is that USD 561 million of the total USD 617 million constitutes reinvestment, meaning it was profit from foreign capital which was invested in Georgia in the past and then reinvested. This itself needs to be welcomed although the qualitative new flow vis-à-vis the total FDI constitutes only USD 56 million (including a USD 47 million loan/trade credit with only USD 9 million remaining as growth of equity capital.

Given the loans attracted as part of the pandemic response efforts, the public debt increased by GEL 10 billion in 2020 alone and the debt to the GDP ratio exceeded the 60% threshold.

Among other things, the global appreciation of USD has already made the aforementioned ratio high (42% in 2019). However, this was not an alarming indicator. In the post-pandemic period, stable economic development is becoming critically important in order to make sure that the country is able to repay its accumulated debts. Furthermore, under the potential fluctuation of the currency exchange rate, there is a real risk of a further substantial growth of both the relative figures of the debt and the debt service burden (budget burden) and the capacity to attract new loans will remain limited.

The unemployment rate in 2020 increased even according to the official figures (by 0.9 of a percentage point) and reached 18.5% which could be a low for Georgia but generally it is a very high number.

At the same time, the decreased unemployment rate in the pre-pandemic period was stipulated by the growth of the so-called “discouraged workers” (undesirable factor) and not by growing employment (desirable factor). This means that the unemployment rate was reduced “on paper” at the expense of those people who abandoned looking for a job after a long and unsuccessful quest and are, therefore, no longer considered as unemployed. Even prior to the pandemic, both the workforce and the number of employed people were declining in 2015-2019.

As of the first two months of 2021 (January-February), the trade turnover decreased by 12% as compared to the same period of 2020 and amounts to USD 1.65 billion.

Exports and imports, both components of foreign trade, have been reduced, albeit in different proportions. Imports have contracted more, by 14.1%, whilst exports have dropped by 6.8%. The larger decrease of imports as compared to exports causes a reduction of the negative trade balance which taken separately appears as a positive thing. However, in fact, the reduction of the balance at the expense of reduced imports is not a positive trend and indicates a shrinking well-being of the population.

The reduction of imports is often erroneously portrayed as a positive occurrence. In fact, the reason behind decreased imports is the diminished local consumption level and, therefore, less profits are earned. These are both negative results. Structurally speaking, there are several underlying components behind the decrease of imports. One of the factors is the reduced consumption under the falling incomes of the population and another factor is that the consumption of locally produced and imported goods has been lowered owing to the waning number of visitors to the country. At the same time, demand has also dwindled in light of nationwide restrictions which reduces or altogether ceases activity in the country.

[2] Of note is that the negative effect of the pandemic on the economy was not yet clear in January 2020.