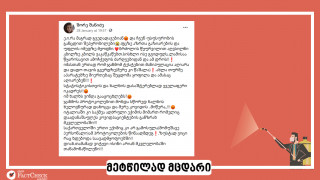 Disinformation: The WHO admitted it had manipulated PCR tests and connecting patients to ventilators was a mistake.

Disinformation: The WHO admitted it had manipulated PCR tests and connecting patients to ventilators was a mistake.

A Facebook user promoted an item of fake news through social networks claiming that the WHO admitted that it had manipulated PCR tests and initially posted that information on its website but later deleted it. The author of the publication also claimed that the WHO protocol was used to artificially kill people, since connecting them to ventilators was a mistake. The same Facebook user also said that a criminal case was launched in Italy against a doctor who had been accused in deliberately murdering patients with the coronavirus. All of these claims are false and intend to mislead the reader.

Claim: The WHO admitted it had manipulated PCR tests. This information was posted on the WHO website, although it was later removed.

Verdict: FactCheck concludes that this information is FAKE NEWS.

Numerous items of disinformation have been promoted through social networks all around the world in regard to the WHO’s statement on PCR tests. On 29 January 2020, the WHO did indeed publish an official statement on its website which superseded the previous statement of 14 December 2020. The first as well as the second statement are about PCR tests for coronavirus diagnostics and related recommendations. The statement says lab workers have to read the PCR test instructions carefully in order to use the test. It also specifies that healthcare providers must consider any PCR test result in combination with a patient’s clinical observations and symptoms, confirmed status of any contacts, medical history and other factors. The WHO’s 20 January statement does not contain an admission that the WHO manipulated PCR tests. Furthermore, the statement was not deleted and is still accessible on the official website.

The article of the conservative American media outlet, The Gateway Pundit, entitled “An Hour after Joe Biden is Sworn In, the WHO Admits Their Testing Grossly Overstates Individuals Testing Positive for COVID,” is the original source of the disinformation. Politfact, an American factchecking organisation, responded to the false claims of The Gateway Pundit. Five virologists who work in COVID-19 testing labs stated in their interviews with Politfact that the main goal of the WHO’s statement was to remind lab technicians to carefully read the user manuals that come with the PCR tests. The statement does not say that the PCR tests are inaccurate.

Currently, a molecular test – based on PCR (polymerase chain reaction) technology – is considered to be a gold standard for the diagnostics of respiratory diseases. The PCR reaction detects COVID-19 RNA in a nasal swab. The samples are collected from both upper and lower airways. The genetic materials are isolated from collected cells in a laboratory and subsequently analysed. Kary Mullis, an American scientist, was credited for inventing the PCR reaction technique in 1983 for which he was awarded the Nobel prize in Chemistry. PCR tests are the most reliable form for the diagnostics of respiratory viruses.

Claim: The WHO admitted connecting patients with the coronavirus to ventilators was a mistake.

Verdict: FactCheck concludes that this information is FAKE NEWS.

Reuters contacted 30 doctors and health professionals in China, Italy, Spain, Germany and the USA who have experience in treating COVID-19 patients. Nearly all agreed that ventilators are vitally important and have helped save lives. At the same time, many highlighted the risks from using mechanical ventilators since timing and frequency is critical whilst using this device. Early or too frequent use of mechanical ventilators may cause death. In addition, they should not be used by non-specialists without proper training. Of additional note is that mechanical ventilators are used for serious patients with acute breathing problems. Therefore, given the critical condition of the patient, there are higher risks of death. However, it should be highlighted that ventilators are vitally important for serious patients and their proper use does not cause the death of people.

In regard to the WHO, it published guidance for the usage of ventilators for COVID-19 patients on 15 April 2020. The document says that the WHO continues to monitor the situation closely for any changes that may affect the guidance information. However, the document has not yet been updated. Therefore, claim that the WHO admitted a mistake about using ventilators is false.

Claim: A criminal case was launched in Italy against a doctor who was accused of deliberately killing COVID-19 patients.

Verdict: FactCheck concludes that this information is TRUE.

On 29 January 2021, the Insider media outlet published an article about an Italian doctor being accused of deliberately killing COVID-19 patients. It is reported that doctor Carlo Mosca was the head of accident and emergency procedures at Montichiari Hospital. The doctor is accused of killing COVID-19 patients with lethal doses of anesthetic in March 2020 in order to free up beds as the hospitals at that time were overwhelmed.

Carlo Mosca, who has suspended from his job, says the case against him is made up of “baseless allegations.” Mr Mosca is currently under house arrest. A further three deaths are also being investigated.