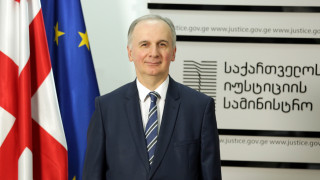 “The Strasbourg Court ruled that Russia carried out the ethnic cleansing of Georgians during the 2008 war.”

Gocha Lortkipanidze: “The Strasbourg Court ruled that Russia carried out the ethnic cleansing of Georgians during the 2008 war.”

Resume: There is no precise legal definition of ethnic cleansing. However, in accordance with the UN, the deliberate attacks or threats of attack on civilians based on ethnic grounds, the destruction and robbery of their property as well as attacks on civilian infrastructure constitute the practice characteristic to ethnic cleansing. Although the Court did not use a term “ethnic cleansing” in the ruling, the factual circumstances determined by the Court’s ruling can be plainly assessed as ethnic cleansing.

On 21 January 2021, the Grand Chamber of the European Court of Human Rights (hereinafter ECRH) issued a judgement on the case concerning the war in August 2008. The ECRH agreed to most of Georgia’s claims lodged against the Russian Federation vis-à-vis the 2008 war. According to the ruling, the ECHR agreed to most of the allegations and judged that Russia had violated several articles of the European Convention on Human Rights, including the right to life, the prohibition of torture, inhuman or degrading treatment or punishment, the right to protection of private and family life, protection of property, the freedom of movement and the right to liberty and security.

The Minister of Justice of Georgia, Gocha Lortkipanidze, offered his remarks on the ECHR’s ruling. As stated by Mr Lortkipanidze, the Grand Chamber of the Court ruled that Russia exercised effective control over the Tskhinvali region and Abkhazia and, therefore, it is being held responsible for violating the rights of the Georgian population. Therefore, the ECHR agreed to Georgia’s claim that the Tskhinvali region and Abkhazia are integral parts of Georgia and are occupied by Russia. The Minister also added that the “ECHR ruled that Russia carried out the ethnic cleansing of Georgians during the 2008 war which is very important.”

Firstly, of note is that based on the clarification provided by the United Nations’ Office on Genocide Prevention and the Responsibility to Protect, ethnic cleansing has not been recognized as an independent crime under international law, meaning that there is no precise definition of this concept or the exact acts to be qualified as ethnic cleansing. According to a United Nations Commission of Experts mandated to look into violations of international humanitarian law committed in the territory of the former Yugoslavia, “… a purposeful policy designed by one ethnic or religious group to remove by violent and terror-inspiring means the civilian population of another ethnic or religious group from certain geographic areas” can be described as ethnic cleansing. The Commission also notes that attacks or threats of attacks on civilians, the destruction of property, robbery of personal property, attacks on civilian infrastructure, etc., constitute practices characteristic to ethnic cleansing.

On 21 January 2021, the ECHR ruled that the Russian Federation had exercised so-called “effective control” on Abkhazia, the Tskhinvali region and the buffer zone. The Court judged that the Russian Federation and the authorities of Abkhazia and South Ossetia had prevented the return of forcibly displaced ethnic Georgians to those regions. The ECHR also holds the Russian Federation responsible for South Ossetia’s military using force as well as the actions of South Ossetian militias since Moscow had exercised so-called “effective control” on the aforementioned territories. The ECHR also ruled that there had been an administrative practice of a systematic campaign to burn and loot homes in Georgian villages in South Ossetia and the “buffer zone” as well as the killing, torture and the inhumane and degrading treatment of ethnic Georgians.

The Public Defender of Georgia also offered her remarks on the ECHR’s ruling. The statement of the Public Defender, issued on 26 January 2021, reads: “The European Court of Human Rights held that there had been a systematic burning and looting of homes in Georgian villages after the cessation of the hostilities, the inhuman and degrading treatment of Georgian citizens and the violation of their right to life due to their ethnicity.”

The Georgian Young Lawyers’ Association (GYLA) makes an interpretation of the ECHR ruling similar to the Public Defender. GYLA’s statement, released on 21 January 2021, says that the ECHR found that “the evidence in the case established the existence of an administrative practice contrary to Articles 2 and 8 of the Convention and Article 1 of Protocol No. 1. According to the court, the killing of civilians and the torching and looting of houses in Georgian villages was an administrative practice which meant the repetition of such acts and Russia's official tolerance of these acts. The court also clarified that the acts committed against the victims, given their seriousness, are classified as inhuman and degrading treatment and that the said persons were targeted for these acts because of their ethnicity. Given the above, the court found violations of the right to life, the prohibition of torture, the protection of private and family life, and the right to property.

Sophio Asatiani, the Human Rights Programme Coordinator at the Open Society Georgia Foundation, has a similar assessment of the Court ruling: “I would like to underline three very important aspects of the ruling. In particular, the ECHR agreed to an important argumentation and the position that Georgia had presented before many international forums that Russia had exercised and still exercises occupation of the Tskhinvali region and Abkhazia. The second aspect is that the ECHR affirmed that the Tskhinvali region and Abkhazia are integral parts of Georgia and the third very important aspect is that ethnic cleansing of ethnic Georgians had been carried out and they are still unable to return to their homes.” 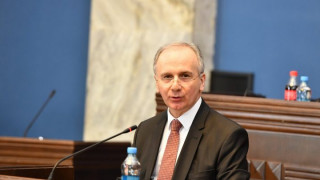