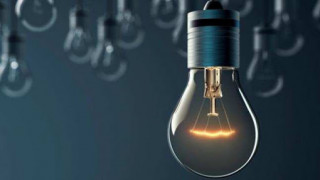 At the end of this year, the electricity tariffs fixed for three years by the Georgian National Energy and Water Supply Regulatory Commission expire and, therefore, new tariffs have to be defined.

At the end of this year, the electricity tariffs fixed for three years (approved in 2017) by the Georgian National Energy and Water Supply Regulatory Commission (GNERC) expire and, therefore, new tariffs have to be defined. Currently, TELASI and Energo-Pro Georgia – the two largest energy distribution companies – have the following electricity tariffs for household consumers:

HPPs are the main source of electricity generation in Georgia. Their proportion in the total amount of generated energy is over 79%, TPPs produce nearly 20% and the share of wind energy is currently negligible.

In the first seven months of 2020 as compared to the same period of the previous year, electricity production decreased (by 611.7 million kwt/h) whilst import and export increased (by 139 and 10 million kwt/h, respectively). Electricity consumption bears a seasonal character. In particular, electricity consumption rises in colder seasons, specifically in winter, and is much higher as compared to consumption in summer. At the same time, since nearly 80% of electricity generation occurs at HPPs, electricity generation drops in winter and rises in warmer periods, simultaneously with increasing water resources, owing to the environmental conditions. Therefore, in the colder periods of winter, the country has a shortage of electricity but has a surplus in summer. Therefore, since it is impossible to accumulate electricity, Georgia sells electricity in warmer periods of the year (mostly to Turkey) and purchases electricity from Azerbaijan and Russia in colder periods.

As mentioned previously, Georgia experiences an electricity deficit in colder periods (which spans almost half a year) which is offset by imported energy which is purchased in foreign currency. Therefore, the fluctuation of the national currency exchange rate may lead to an energy price increase.

FactCheck asked Gia Arabidze, energy expert, for his comment. As stated by Mr Arabidze, it is expected that the electricity price will be adjusted and he supposes that the tariff will increase. GNERC has to find a balance between the interests of companies and the abilities of consumers. The government may have to subsidise energy bills for vulnerable groups. Mr Arabidze believes that increased tariffs will be fair for companies since their expenses have increased. “Three years ago, when the existing tariffs were approved, the price for imported energy was GEL 0.12 whilst it currently reaches GEL 0.16. In addition, electricity consumption has also increased. Given these circumstances, GNERC will inevitably have to adjust the tariff.”

Given the coronavirus pandemic, the government has already enacted a three-month utility subsidy programme. According to the programme, the government fully paid the utility bills for those customers whose monthly electricity consumption was below 200 kwt/h and whose natural gas consumption was under 2000 cubic metres as well as the water and cleaning fees for March, April and May. As per the government’s decree, the utility bill subsidy programme will continue and the population will again have their utility bills covered for four months (from November to February).

The population always painfully reacts to a possible rise in energy tariffs. On the other hand, however, the rise in the energy consumption of the increased portion of imported energy as well as the GEL exchange rate’s instability does stipulate the necessity to increase prices. GNERC’s decision as to whether or not to increase electricity prices given the existing reality or artificially keeping lower tariffs will be unveiled at the end of this year.