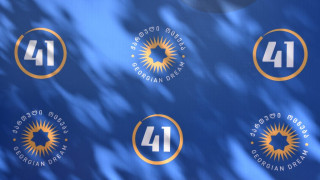 Georgian Dream Released a Video in Connection to the Election

Resume: Some information in the video is true, although all claims are manipulations of facts and aim to undermine people’s support for protest and mislead the public.

On 16 November 2020, the Georgian Dream released a video on its official Facebook account. As clarified by the party, the aim of the video was to counter five items of disinformation circulating in regard to the 31 October election. FactCheck took interest in the accuracy of facts in the video. Given below are each and every fact in the video together with the analysis of relevant statistical information.

Video Fact No. 1: “It is disinformation that the CEC was very late in announcing the preliminary results. In fact, there was delay from the CEC and the initial results were announced as usual in an average announcement time.”

Table 1: Elections in 2012-2020 and Preliminary Results Announcement Timing (First Round Data Only)

According to the results of the 31 October 2020 parliamentary election, a total of 65,295 ballots were annulled in the proportional election whilst the number of invalidated ballots in the majoritarian election was 81,963. The number of invalid ballot papers in the proportional part of the election indeed does not differ significantly from the invalid ballot papers in previous elections.

Table 2: Number of Invalid Ballot Papers in Elections Held from 2008 to 2020 (First Round Data) 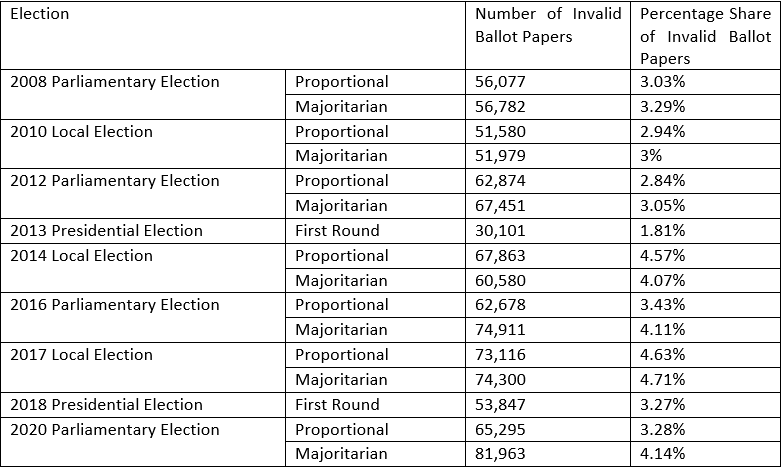 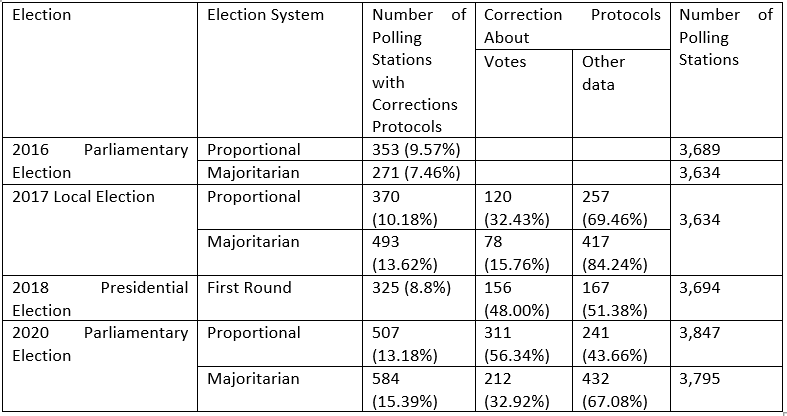 The authors of the video seek to explain the increased number of correction protocols by the holding of the Ajara Supreme Council elections in parallel and the participation of a large number of electoral subjects (50). Of note is that such a claim is outright wrong and manipulative. Holding the voting process orderly and without irregularities is one of the CEC’s most important responsibilities. In the pre-election period, the CEC has to ensure the improvement of the qualification of election administration personnel and provide training to prepare them to properly handle the voting process irrespective of the number of electoral subjects or other factors. Therefore, the argument in the video underpins the public’s suspicions in regard to the parliamentary elections instead of dissipating those suspicions and raises more questions about the CEC’s competence. In addition, a comparison between the different parliamentary elections shows that the number of correction protocols in 2020 is significantly higher as compared to those in 2016. 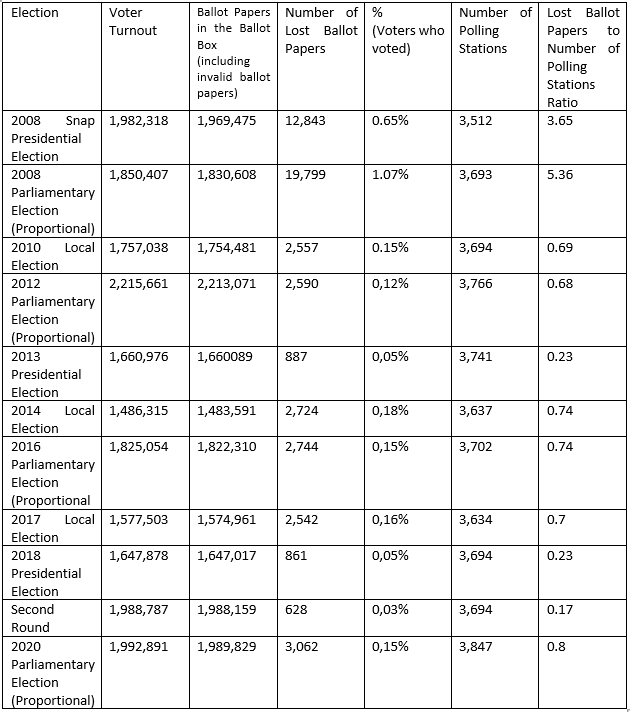 First and foremost, a comparison of identified irregularities with those in previous years and making an impression that “nothing exceptional happened” in the 2020 election is in essence wrong and aims to undermine the legitimate protest sentiment among the public. In regard to the argument in the video, it would have been right had there a been a directly proportional relationship between the mismatch figure and voter turnout. However, as shown in Table 4, there is no such correlation. For instance, voter turnout in the 2012 election was nearly 220,000 more as compared to 2020 whilst the number of lost ballot papers was 500 less. In the run-off of the 2018 presidential election, voter turnout is similar to the first round voter turnout in the 2020 parliamentary election, although the number of lost ballot papers is five times higher as compared to 2018. Therefore, as mentioned previously, the argument in the video and the CEC’s statement lacks ground. In addition, the lost ballot papers to the total number of polling stations ratio shows that there were eight ballot papers lost per ten polling stations on average in the 2020 parliamentary election. This has been the highest figure since the 2008 election.

Of importance is to analyse the missing ballot papers in the proportional part of the 2020 election in the wider context of election assessment. The observer organisations identified multiple gross violations during the 31 October election, including the so-called “carousels.” On 1 November 2020, the International Society for Free Elections and Democracy (ISFED) published results of the 31 October election parallel vote tabulation. According to the report: “In the vote tabulation process, there was a tendency of mismatches in the summary protocols when the number of ballot papers cast exceeded the number of signatures in voters lists which represents a violation. Additionally, at certain polling stations the mismatch was significantly higher than individual cases. Such violations were reported at 8% of the polling stations and a tendency of this scale has not been documented in the past years and, hence, this requires particular attention. Although such a tendency could have had a certain influence on the results of electoral subjects, the PVT analysis shows that its maximum impact on election results would be less than 4.1%. This tendency endangers trust towards the electoral process and requires an immediate reaction from the electoral administration.” Given this assessment and considering the fact that the highest figure of lost ballot papers was registered in the 2020 parliamentary election further deepens public suspicion in regard to the reliability of the election.

Eventually, we may say that the video’s claim in regard to mismatches is a MANIPULATION OF FACTS.

Table 5: Number of Complaints/Statements Filed at the District Election Commission in Regard to Voting Days in Elections Held in 2016-2020

As a conclusion, we may say that the video released by the Georgian Dream is a MANIPULATION OF FACTS. Some pieces of information in the video are true, however, the video mostly includes such claims which aim to undermine people’s support for protest and mislead the public.